Today’s leading digital companies have disrupted every industry they have touched, from publishing to automotive.

Could Could Amazon and the rest of the “FAANG companies”—Facebook, Apple, Netflix, and Google—or one of a handful of pure-play artificial-intelligence companies, such as the authors’ SparkCognition, become fixtures of this new industrial base?

While that remains to be seen, the Pentagon supplier that can master robotics and AI will become the most essential of the firms that build America’s arsenal.

Moreover, the Defense Department’s practices will increasingly resemble those of this new wave of strategically important companies because that is what the current revolution in warfare requires.

The world is on the doorstep of an artificial intelligence- and robotics-driven revolution in conflict that, after decades of looming just over the horizon, now is a near-term certainty.

Source: A New Industrial Base Is Taking Shape. Call It the Military-AI Complex. – Defense One

The Supreme Court is set to decide this month whether the forthcoming 2020 decennial census will ask respondents if they are U.S. citizens.

The Trump administration wants the so-called citizenship question included in the survey, White House officials have said, in order to better enforce the Voting Rights Act of 1965.

But the anticipated undercount of people and poverty, driven by the reluctance of immigrant communities and Hispanic households to complete the census if the citizenship question is included, is expected to have a devastating impact on federal K-12 funding for school districts that serve the most vulnerable students.

Sanders is not a personally charismatic politician. He doesn’t even try to be. When he responds to even the most adoring supporters, he rarely strives to show warmth or empathy. While there have been fits and starts at talking more about his personal biography and unfurling jokes, they largely haven’t taken hold.

His demeanor is Brooklyn-gruff, usually matter-of-fact and often prickly.

When Sanders is confronted with challenging questions by voters or reporters alike, his reflex is often to become defensive and petulant.

Or as Bernie might say, he takes “umbrage.” One of his favorite targets remains “the corporate media.”

Ask him a purely political question and you’re likely to receive a diatribe about how that focus is part of the country’s systemic problems, which probably explains why he’s been less accessible to reporters on the trail than some of his rivals.

For the time being, very little is known about the specific anticompetitive conduct the investigations might examine. The last major antitrust case brought against a tech company was the Department of Justice’s investigation of Microsoft in 1992.

It wasn’t until 1998 when the suit finally went to trial, and a settlement came three years later. If that case is any indication, it could be a decade or more until any investigation into the four largest American tech companies is complete.

While some worry that antitrust laws enacted over a century ago cannot keep up with the pace or nature of today’s technological change, Bruce Hoffman, the Director of the Bureau of Competition at the Federal Trade Commission, argued in an interview on NPR’s Morning Edition that antitrust laws can be effective in the digital age.

“If you go back through the history of antitrust, all the way back to the early 20th century, you find this constant issue where every 10 years or every 15 years, some new technology arises, the public gets all overwrought about it, saying antitrust can’t possibly keep up with this.”

Source: After years of lagging behind the international community, will the US begin to rein in ‘big tech’? 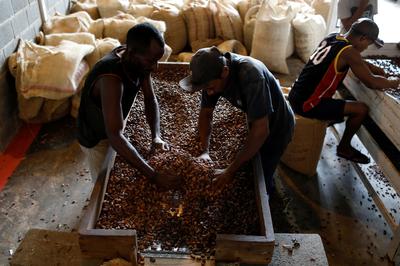 U.S. stockpiles of Venezuelan cocoa swelled in May to levels not seen in at least five years, a Reuters analysis showed, as exporters in the crisis-hit country hit by U.S. sanctions scramble to raise cash however they can.

Crude oil accounts for more than 90 percent of Venezuela’s export revenues. With that key revenue stream drying up, Venezuelans are looking to get cash any way they can, including exporting cocoa – a niche business in the country, but one that is currently not subject to U.S. sanctions.

Several traders and exporters say a number of new cocoa companies have cropped up in recent years in a sector that was traditionally dominated by a handful of players. 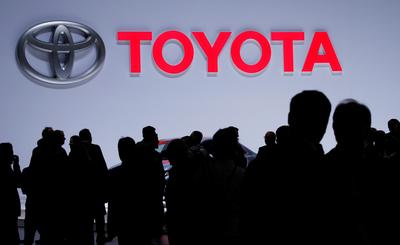 Toyota Motor Corp aims to get half of its global sales from electrified vehicles by 2025, five years ahead of schedule, and will tap Chinese battery makers to meet the accelerated global shift to electricity-powered cars.

The change illustrates the breakneck growth in the electric vehicle (EV) market, which is transforming the auto industry, and is also an acknowledgment by Japan’s top car maker that it may not be able to meet demand for batteries on its own. 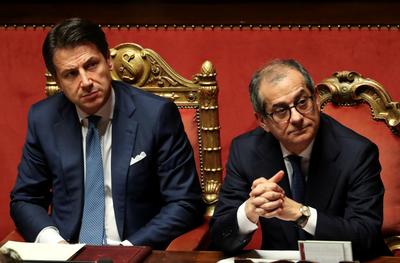 Prime Minister Giuseppe Conte and Economy Minister Giovanni Tria, both technocrat appointees, have held private conversations with President Sergio Mattarella in recent days on ways of shielding Italy from a gathering political and financial storm, according to two Italian officials with knowledge of the matter.

Conte and Tria are acting with Mattarella, who has a role in ensuring political stability, to effectively curb the behavior of their own government — a populist coalition whose party leaders are railing against EU budget rules.

Source: Moderate leaders try to protect Italy – from their own government – Reuters 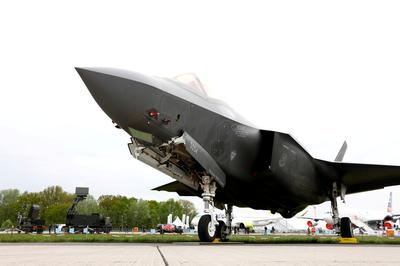 The United States has decided to stop accepting any additional Turkish pilots who planned to come to the United States to train on F-35 fighter jets, U.S. officials say, in a clear sign of the escalating dispute over Ankara’s plans to purchase Russian air defenses. Facebook Inc is no longer allowing pre-installation of its apps on Huawei phones, the latest blow for the Chinese tech giant as it struggles to keep its business afloat in the face of a U.S. ban on its purchase of American parts and software.

Some on the sidelines of the trade war could come out ahead, as companies shift production to avoid tariffs. Instead of “onshoring,” or bringing factories or farms back to the United States from China, firms are looking for replacement countries.

Argentina and Brazil. South American soybean farmers are expected to pick up the slack from falling U.S. soybean exports to China, which has historically been the top destination for U.S. soy.

Brazil saw strong demand for its soybeans as China shifted its purchases to other suppliers. But the outlook for South American exporters has been clouded by other factors, such as Chinese goodwill purchases of U.S. soybeans in early 2019 and an outbreak of African swine fever in China, which has weakened demand for soy pig feed.

Source: Will There Be Winners in the U.S.-China Trade War? | Council on Foreign Relations