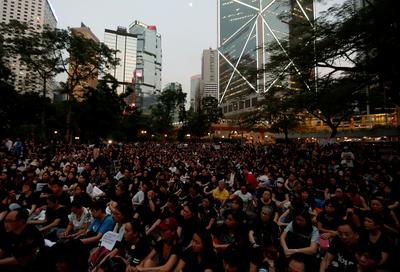 Cracks appeared on Friday in the support base for a proposed Hong Kong law to allow extraditions to China, and opponents of the bill said they would stage more demonstrations after hundreds of thousands took to the streets this week.

The extradition bill, which will cover Hong Kong residents and foreign and Chinese nationals living or traveling in the city, has many concerned it may threaten the rule of law that underpins Hong Kong’s international financial status.