As the Trump administration accuses Iran of attacking oil tankers in the Gulf of Oman, rising tensions create a real danger of stumbling into a catastrophic war neither side wants. The time has come to step away from the brink.

Iran and the United States are locked in a security dilemma: everything each side does to strengthen its defenses looks to the other side like preparation for attack.

The mutual hostility and distrust between the two governments leads each to put the most threatening possible spin on everything the other does. Potential sparks that could ignite a conflagration are everywhere, with crowded ship traffic in the Persian Gulf; ongoing fighting in Yemen, Syria, and Afghanistan; tension between U.S.-backed and Iranian backed factions in Iraq; and Iranian-backed groups threatening Israel.

Source: How to Step Back from the Brink with Iran – Defense One 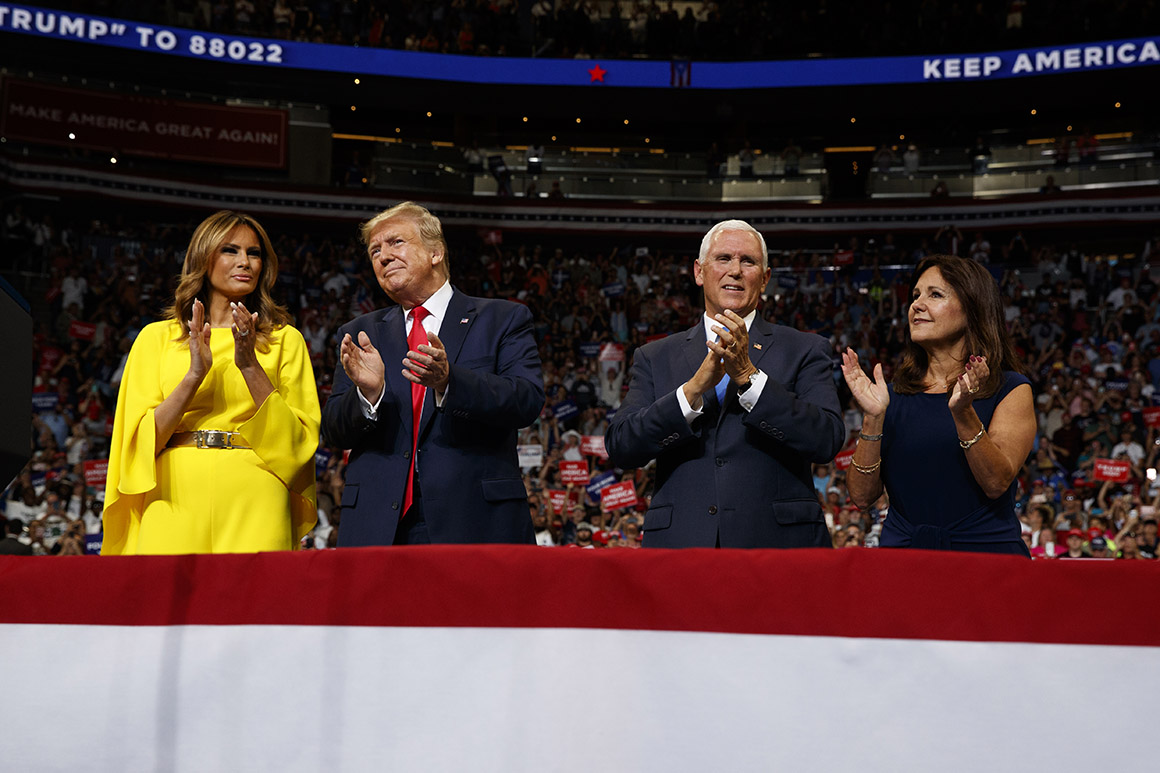 It was everything Donald Trump wanted, and so much more.

The optics-obsessed president was greeted by thousands of adoring supporters when he arrived here on Tuesday to kick off his bid for a second term. In lieu of a red carpet, a sea of red, white and camouflage hats provided the backdrop for his first official campaign rally of the 2020 cycle.

As soon as Trump took the stage in his signature red tie, the crowd seemed pleased to have waited. They greeted him with “USA” chants as he recalled the “movement” he started four years ago.

The relationship between place and economy is constantly evolving, and continually shaping the growth, development, and decay of our communities. Today, new ideas and innovations are fostering the creation of products and services that increase productivity and raise overall standards of living.

But this digital revolution is also benefiting some industries, workers, and communities over others.

This report aims to help leaders and local stakeholders understand how the changing demands for place are shifting the concentration and dispersal of economic activity within 94 large metropolitan areas from 2004 to 2015—a period of dramatic urban and economic change.

Source: Where jobs are concentrating and why it matters to cities and regions 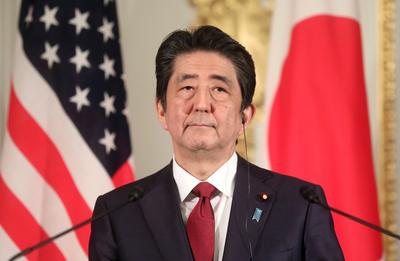 Japanese Prime Minister Shinzo Abe faced stiff opposition criticism on Wednesday after a report warned that many retirees won’t be able to live on pensions alone, a topic likely to become an issue in an election for parliament’s upper house.

Abe has made reform of the social security system a top priority to cope with Japan’s fast-ageing, shrinking population.

But the furor over the report and Finance Minister Taro Aso’s refusal to accept its findings have created a headache for Abe’s coalition ahead of the upper house poll and amid speculation that the premier may also call a snap election for the more powerful lower chamber. 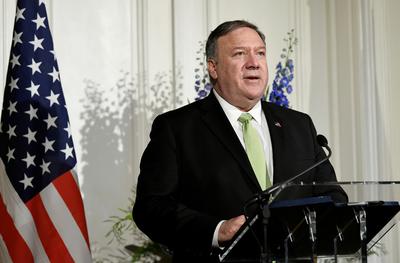 Secretary of State Mike Pompeo has blocked the inclusion of Saudi Arabia on a U.S. list of countries that recruit child soldiers, dismissing his experts’ findings that a Saudi-led coalition has been using under-age fighters in Yemen’s civil war, according to four people familiar with the matter.

Escalating tensions between Iran and the United States have raised the prospect of a military clash in a waterway vital for global oil supplies.

Close to one-fifth of the world’s crude oil is supplied by Gulf countries that rely on unimpeded travel through the Strait of Hormuz, which is twenty-one miles wide at its narrowest point and abuts southern Iran, to access world oil markets. 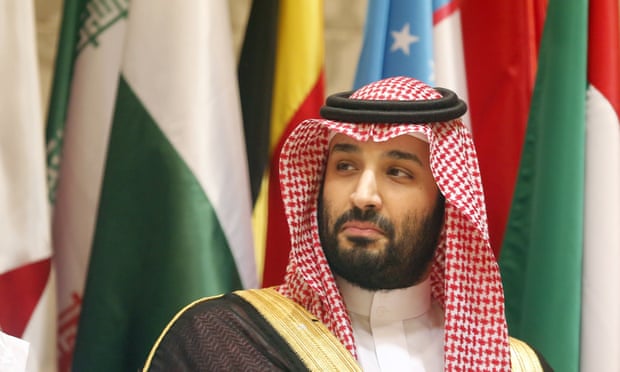 The crown prince of Saudi Arabia should be investigated over the murder of the dissident journalist Jamal Khashoggi because there is “credible evidence” that he and other senior officials are liable for the killing, according to a damning and forensic UN report.

In an excoriating 100-page analysis published on Wednesday of what happened to Khashoggi last October, Agnes Callamard, the UN’s special rapporteur, says the death of the journalist was “an international crime.”

“It is the conclusion of the special rapporteur that Mr Khashoggi has been the victim of a deliberate, premeditated execution, an extrajudicial killing for which the state of Saudi Arabia is responsible under international human rights law,” she says. By the time the Soviet Union was dissolved, in 1991, this kind of evolution came to be seen as inevitable, and with the invention and near-universal adoption of the internet, a robust vehicle to help catalyze change in China seemed at hand.

For most, the outcome was never in question. It was simply a matter of time. So much so that as President Bill Clinton was helping usher China into the World Trade Organization, which it joined in 2001, he all but gloated about the inevitability of liberalizing change that access to information would bring to Chinese society. Good luck in trying to control the internet, he chuckled. “That’s sort of like trying to nail Jell-O to the wall.”

From the very outset of their historic moves to become a socialist market economy, though, the late Chinese leader Deng Xiaoping and senior Communist Party apparatchiks were fully on guard against political liberalization.

Deng famously used a folksy aphorism about the inevitability of a few unwanted flies entering the home when China opened its windows to the things it valued from the West: investment, technology, modern management skills and the higher education that underpinned them all.

At the same time, unpublicized, but hardly a secret, the Communist Party maintained an ongoing internal discourse about the dire necessity of avoiding what it called “socialization” into the liberal values of the West.

As we developed our latest Commercial Market Outlook, we see continued opportunities for product innovation, fleet productivity and network expansion as this dynamic industry continues to evolve.

From our first published market forecast in 1961, the number of commercial operators we forecast has increased to nearly 200 and passenger traffic has grown by a factor of nearly 70. More recently, since 2000, the global airline network has expanded 2.5 times, while industry innovation and productivity have enabled travelers to fly for nearly 40 percent lower average fares in real terms.

A dedicated team here at Boeing pores over reams of economic, airline, travel, and fleet data annually to project new airplane demand during the next 20 years.

After more almost 60 years of publishing, the Boeing Commercial Market Outlook remains the industry standard as one of the longest-published and most accurate forecasts in commercial aviation.

The Boeing Corporation had welcome news for the military and aerospace industry Monday when it announced at the Paris Air Show that it was forecasting a 20-year market at $8.7 trillion – up $600 billion from a year ago. The Boeing Market Outlook (BMO) released June 17 at the Le Bourget Airport noted a strong commercial aviation industry, stable defense spending and the need to service all platforms throughout their lifecycle are driving a growing aerospace and defense market.

The Boeing Corporation had welcome news for the military and aerospace industry Monday when it announced at the Paris Air Show that it was forecasting a 20-year market at $8.7 trillion – up $600 billion from a year ago.

The Boeing Market Outlook (BMO) released June 17 at the Le Bourget Airport noted a strong commercial aviation industry, stable defense spending and the need to service all platforms throughout their lifecycle are driving a growing aerospace and defense market.