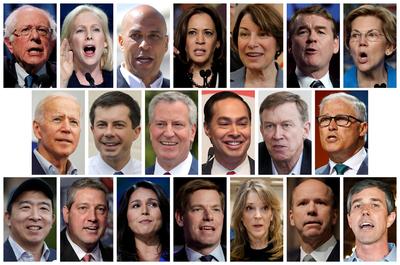 When 20 Democrats take the stage next week for the first of 12 prime-time presidential primary debates, they will assemble according to months-in-the-making plans by the Democratic National Committee to accommodate its largest-ever field.

For two hours each on the nights of June 26 and 27, the candidates seeking the party’s 2020 nomination will go head-to-head at a performing arts center in downtown Miami in debates broadcast live by NBC, MSNBC and Telemundo.

Source: Explainer: Two nights, 20 Democrats – What you should know about the first 2020 debate – Reuters