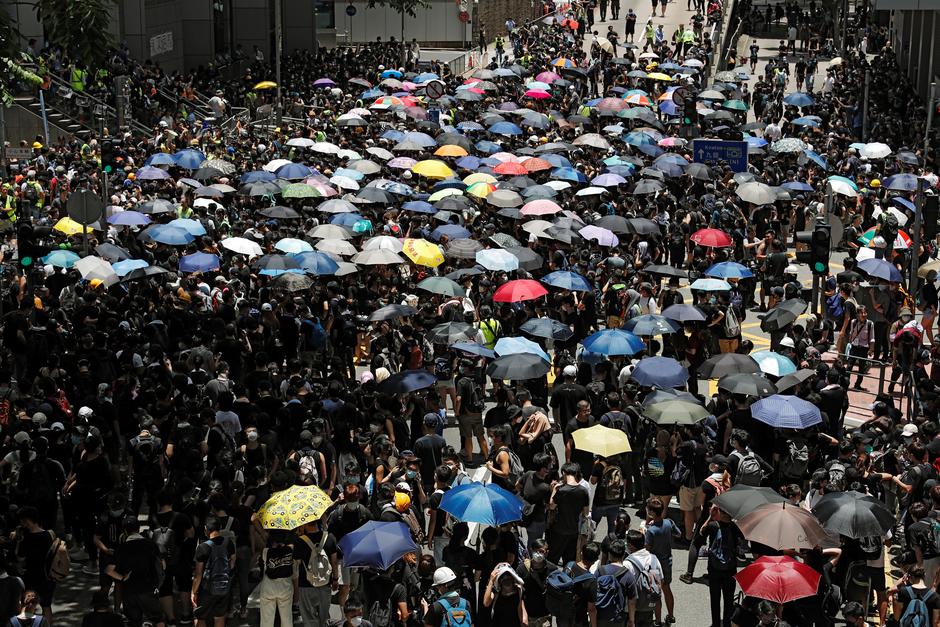 Thousands of black-clad protesters blocked roads and surrounded police headquarters in Hong Kong on Friday in the latest demonstrations over an extradition bill that has triggered violent protests and plunged the Chinese-ruled city into crisis.

Groups of mostly students wearing hard hats, goggles and face masks set up roadblocks and trapped vehicles in a generally peaceful protest to demand that leader Carrie Lam, who promoted and then postponed the bill, scrap it altogether.

READ  Trump Is Being Manipulated by Putin. What Should We Do? | The New York Times
Powered by Inline Related Posts