A German maker of electric cars has put a 5G-powered factory into operation, using technology from Vodafone and Ericsson.

The factory, owned by e.GO Mobile in Aachen, on the German side of the French-Belgian border, uses 5G wireless technology along with mobile edge computing and network slicing to run the production hall. Almost universally, IoT devices have not been built with security in mind. Indeed, the vast majority of these devices do not use any encryption and can be easily compromised by a teenager in seconds.

To help quantify the risk and the level of corporate preparedness, the third annual study on third-party IoT risk, “Companies Don’t Know What They Don’t Know,” was published in May 2019 by Shared Assessments and the Ponemon Institute, two industry leaders in risk assessments.

“That will be a game over,” said Colin Barnden, lead analyst at Semicast Research, “for the autonomous vehicle (AV) industry.”

The standard assurance is that this is unlikely. But never say never.

Waymo is known for the most advanced autonomous vehicle (AV) technology and the most AV miles racked up in real-world driving.

Source: What If A Waymo Robotaxi Kills Somebody? | EE Times

All of which means that, despite whatever may not be happening soon in autonomy, there is going to be a lively market in levels 1-3 ADAS and with an evolutionary approach autonomy electronics.

Smart sensors gathering data and recognizing objects, fusing multiple inputs, new sensors for DMS and other functions, these markets are likely to grow rather than shrink. Which will also drive demand for embedded AI accelerators in smart sensors.

It’s time to have an honest discussion about self-driving cars. Nobody is likely to start getting a return on their investment in autonomous vehicle (AV) technology before 2025, and a fully self-driving vehicle is unlikely before 2030. Those are both optimistic estimates.

And those estimates are coming from companies in the automotive industry. A panel held at NXP’s event last week elicited some surprisingly candid views on the state of (AV) technology since an Uber fatality and several Tesla accidents.

The Russian tests and the U.S. response are troubling. Hypersonic weapons are destabilizing.

If you don’t believe us, consider an analysis from the peaceniks at the RAND Corp. who are on-record as stating hypersonic missiles represent a new weapon proliferation challenge.

The problem, RAND analyst Richard Speier notes, is that hypersonic missiles traveling at speeds of 1 mile per second or more leave the targeted country little or no time to respond. The likely outcome would be either an immediate retaliatory strike or even a preemptive strike before hypersonic weapons are launched.

Research center Imec has said it has doubled the energy density of its solid-state Li-metal battery cell and started scaling up a pilot line for manufacturing the cells, paving the way for longer range electric vehicles.

Today’s rechargeable Li-ion battery technology still has room for improvement, but not enough to significantly improve the range and autonomy of electrical vehicles.

Hence, Imec’s researchers are working to replace the wet electrolyte with a solid material, which provides a platform to further increase the energy density of the cell beyond that of cells based on liquid electrolyte. 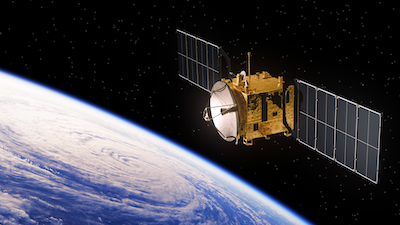 The space electronics market is hotter than it’s been in quite a while, and the real action is happening in low-Earth orbit where companies are offering opportunities for relatively small and inexpensive satellites with communications, sensing, and navigation payloads.

First, the U.S. Air Force is reaching out to industry for ideas on new enabling technologies, materials, and manufacturing processes for next-generation large constellations of low-Earth orbit (LEO) military satellites. 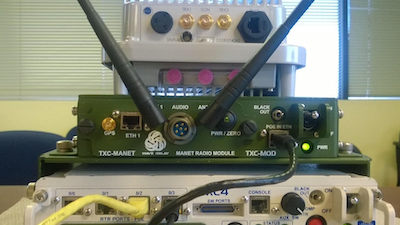 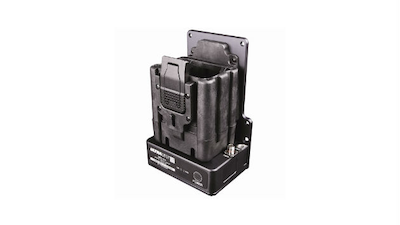 The Ultralife MRC-UVA is a radio charging solution for vehicle communications that enables users to employ the same handheld radio while inside the vehicle, or outside on foot.