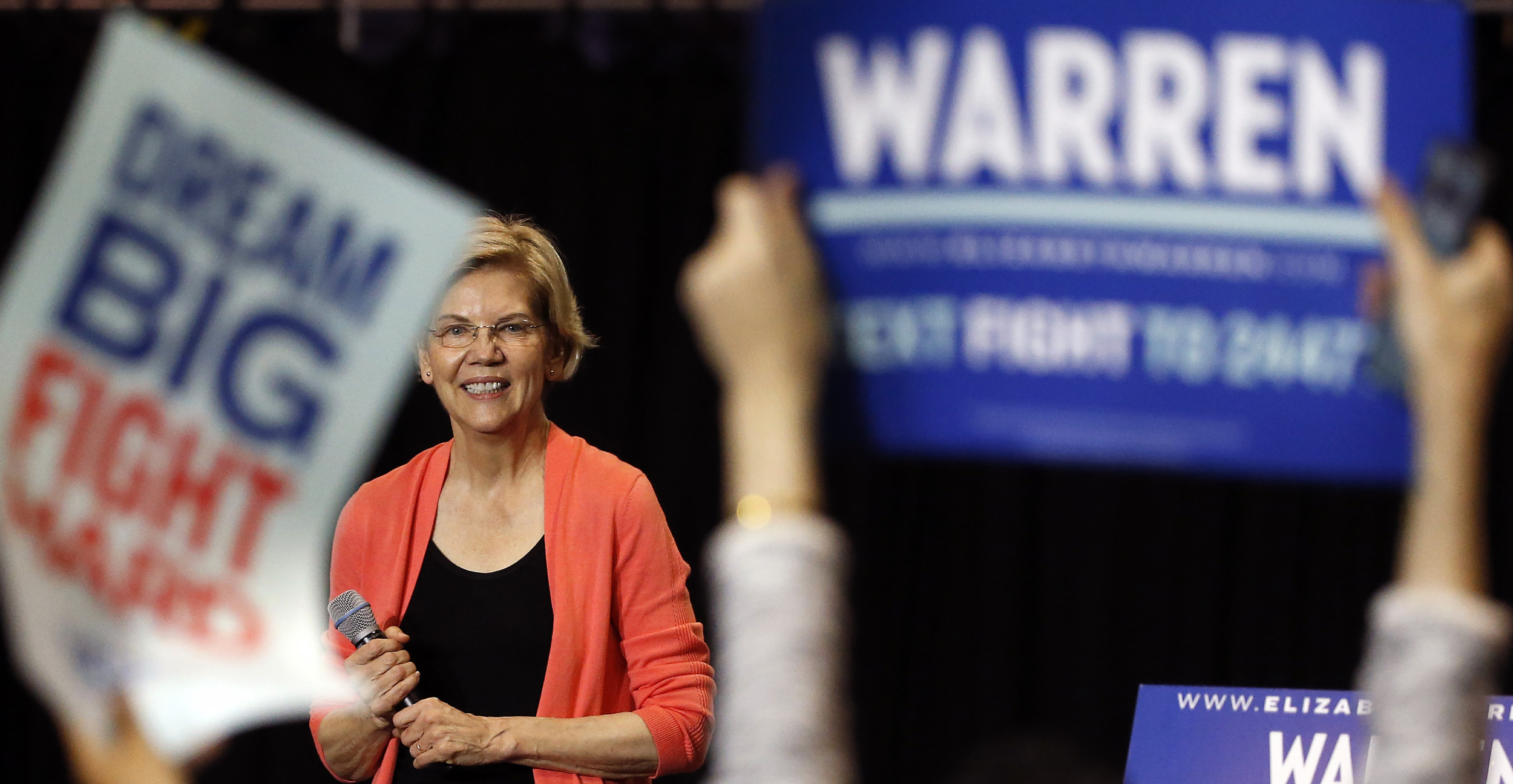 Senator Elizabeth Warren was just one of two 2020 candidates to say she supports Bernie Sanders’ Medicare for All plan during the first Democratic primary debate on Tuesday night, which set off a heated argument on healthcare.

Warren explained from the stage that she supports the plan because she’s studied “why people go broke” and, she said, it’s often because of the high-cost of healthcare.

“Some politicians say Medicare for All isn’t possible. What they’re really saying is that they don’t want to fight. Well, I do. Health care is a basic human right,” Warren said to applause.

“We fight for basic human rights, and that’s why I’m fighting for Medicare for All.” 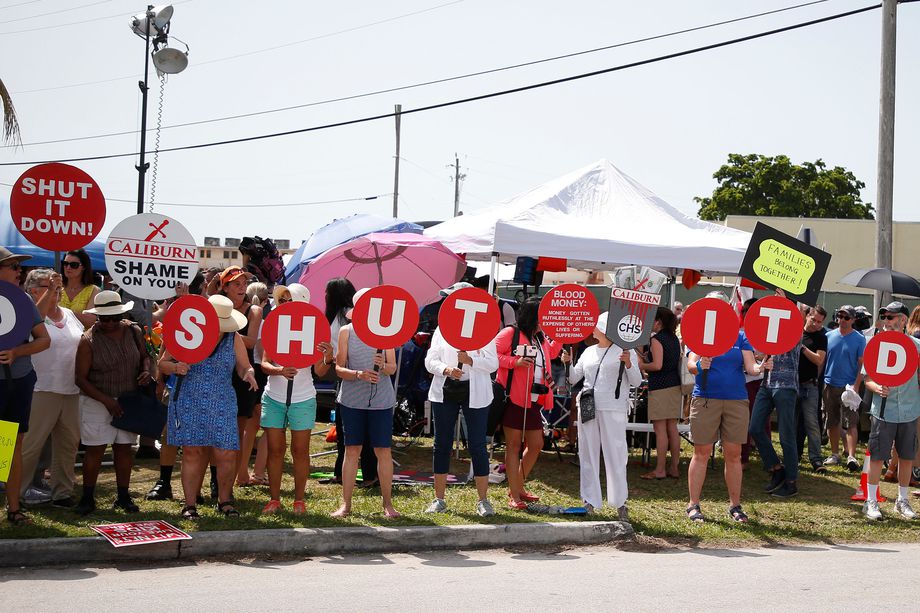 Bank of America, one of the last big Wall Street banks to fund the private prison industry, announced Wednesday that it would be exiting the detention industry.

The move comes one day after bank officials toured the Homestead center — a private shelter near Miami that has been under attack for detaining migrant children for long periods in poor conditions. It’s run by Caliburn, a detention company partly financed by Bank of America.

A report from the Miami Herald in May revealed the bank provided the shelter a loan of $380 million and a $75 million revolving credit line.

Governments are fond of long-term strategies which are seldom implemented in practice. This is because political reality is usually about coping with unexpected shocks, which turn neat strategies and careful planning on their heads. It is also because we are confronted with many challenges and have limited resources to address them.

Choosing priorities is therefore the most important and contentious exercise.

While priorities should emerge from our vision of a good society, they must also be guided by practical considerations. Not everything can be achieved overnight and there are various routes to our destination.

In the next few years, I would like the European Union to make progress in two crucial domains: democracy and equality.

U.S. defense leaders often lament the difficulty of attracting commercial technology firms to work with the military to solve complicated challenges. But right now, with roughly half of its top leadership billets occupied by temps, the Pentagon has a people problem.

“For all of our love of technology, we could have a greater human problem than we do a tech problem, because you need Senate-confirmed people of ability, competence and vision,” Rep. Jim Cooper, D-Tenn., chairman of the House Armed Services Strategic Forces Subcommittee, said Thursday at the Defense One Tech Summit.

The position of Defense Secretary has been vacant since December, when Jim Mattis abruptly resigned.

Sen. Kamala Harris confronted former Vice President Joe Biden over his civil rights record in one of the most tense moments of Thursday’s Democratic primary debate. And she used her own story as the lone black person on stage.

“I do not believe you are a racist, and I agree with you when you commit yourself to the importance of finding common ground,” she said. “But it was hurtful to hear you talk the reputations of two United States Senators who built their reputations and career on segregation of race in this country.”

Source: What to Know About Joe Biden’s History With Busing | Time

White House Senior Advisor Jared Kushner opened the proceedings in Manama on Tuesday by stating that “today is not about political issues,” adding: “Despite what those who let you down in the past tell you, the president and America have not given up on you.”

For Wittes, this reflects a flawed assumption that “the main problem is a Palestinian leadership that refuses to engage, and that the White House should be able to come up with something so attractive to the Palestinian public that they will demand that their leaders engage on it.” 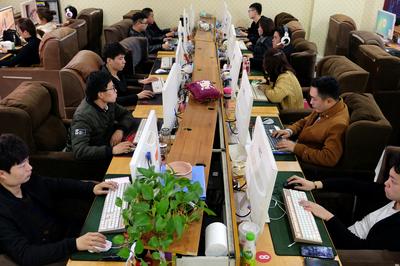 In a village in central China’s Henan province, amid barking dogs and wandering chickens, villagers gather along a dirt road to trade images of their faces for kettles, pots and tea cups.

The project, run out of a sleepy courtyard village house adorned with posters of former China leader Mao Zedong, is collecting material that could train AI software to distinguish between real facial features and still images. 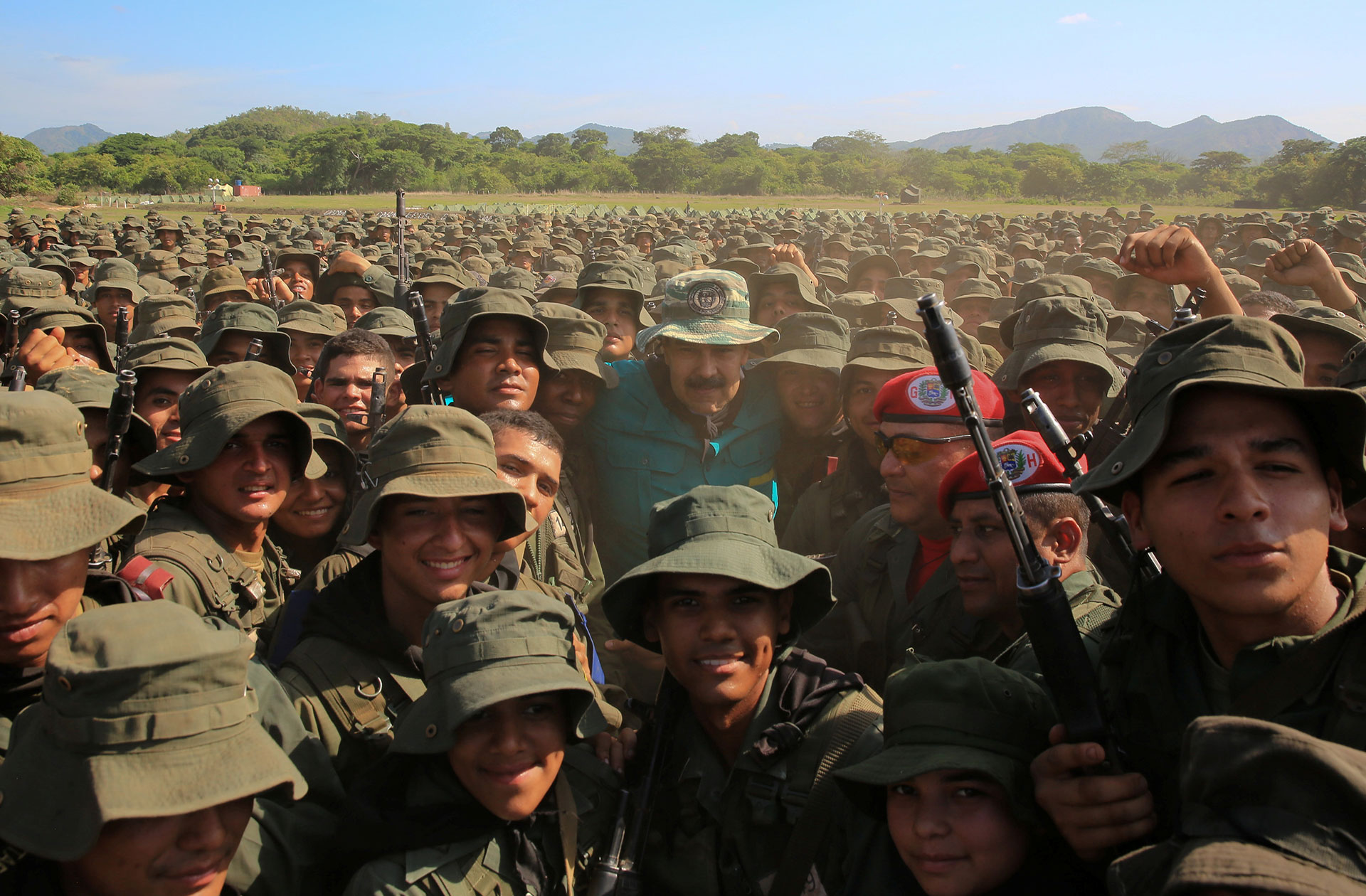 One of the central mysteries of Venezuela’s slow-motion collapse: Why does the military continue to support Nicolás Maduro, the president who has led the once-prosperous South American country into poverty and chaos?

The answer, according to people familiar with Venezuela’s military structure, starts with Maduro’s late predecessor, Hugo Chávez, the charismatic caudillo who cemented strongman socialist rule in the nation of about 30 million people.

In a series of actions that began in 1999, the former lieutenant colonel and one-time coup leader began taming the military by bloating it, buying it off, politicizing it, intimidating the rank and file, and fragmenting the overall command.

Once he took office in 2013, Maduro handed key segments of the country’s increasingly ravaged economy to the armed forces.

Source: How a military overhaul in Venezuela keeps troops standing by Maduro 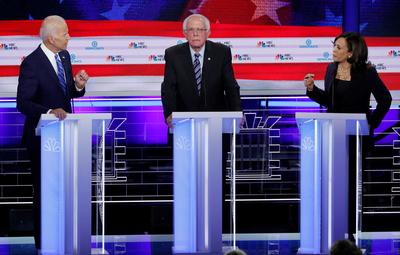 Presidential candidate Kamala Harris dominated her Democratic rivals in a debate on Thursday, confronting front-runner Joe Biden on race and calling his remarks about working with segregationist senators “hurtful.”

In a breakout performance, the daughter of a black father from Jamaica and an Indian mother was at the center of several heated exchanges during the second night of debates among Democrats vying for the right to challenge Republican President Donald Trump in the 2020 election. He has reduced the notion of American power and influence to a question of whether the United States is getting a “good deal,” measured only in terms of who is paying for what—say, the cost of basing U.S. troops.

Gone are any references to the intangible benefits of international cooperation, let alone the common good. It’s how he has approached relations with NATO and with America’s allies in Asia.

In recent days, this economic-centric view of U.S. foreign policy has been on display in Trump’s clumsy and erratic Iran policy, and in the underwhelming rollout of his so-called plan for peace between the Israelis and the Palestinians.

But what Trump and his administration repeatedly miss is that economics alone don’t determine national interest.

States and their leaders care about many other attributes of national power and identity. They care about how other countries treat them, and whether their interests have been acknowledged.

Respect and dignity are potent values that shape the views of many countries, particularly those that are well aware that they are less powerful than the United States.