Even today’s best sonar technology doesn’t give a sub captain a very good sense of the battlespace, says Jules Jaffe, a research oceanographer at Scripps Oceanography at the University of California San Diego who is embarking on the U.S. Navy program.

“What the submariners get is a low-dimensional picture. So if you are towing an array, you get information like bearing and sometimes frequency information,” Jaffe said at the Defense One / Nextgov Genius Machines Summit here on Tuesday.

There’s a lot of potentially valuable data that towed sonar doesn’t capture because it’s only collecting one type of data and only at one point. If you could collect and properly analyze sound and wave data from other points in the ocean, you could develop a much better sense of what an adversary is doing.

Source: How AI Will Transform Anti-Submarine Warfare – Defense One

The U.S. Army’s new Futures Command is accelerating research into synthetic biotechnology to help the military develop next-generation living camouflage and other never-before-seen organisms and materials.

Dimitra Stratis-Cullum, who is overseeing the research in synthetic biology for the U.S. Army Research Laboratory’s Combat Capabilities Development Command, detailed the effort on Thursday at the fourth annual Defense One Tech Summit.

U.S Army labs have long had a mandate to study biology, but in April, the lab quietly elevated the study of synthetic biology to one of its top ten priorities.

Facebook’s new global digital currency, Libra, which the company plans to launch as early as 2020, could transform the world. But no one—including the founders of this ambitious economic engineering project—can fully anticipate the currency’s possible ramifications. And monetary policymakers should be especially worried, because they may find it much harder to control unemployment and inflation in a Libra world.

In the first quarter of 2019, Facebook had 2.38 billion monthly active users.

If even a fraction of them begin to use Libra to carry out financial transactions, buy and sell products, and transfer money, the new currency would quickly gain wide acceptance.

Already, the Libra Association, a Geneva-based not-for-profit group that will operate the digital currency, counts companies such as Uber, eBay, Lyft, Mastercard, and PayPal among its founding members.

Libra could, therefore, become a dominant global currency—but one run by a corporation, not a central bank.

Source: Why policymakers should fear Libra

In a 5-4 decision in Rucho v. Common Cause, the Supreme Court ruled that partisan gerrymandering claims present political questions beyond the reach of the federal courts.

This came as no surprise to close observers of the half-century of litigation that proceeded it.

While the Court had long acknowledged the possibility (even sometimes the likelihood) of constitutional violations from partisan gerrymandering, it was openly skeptical of identifying a workable standard (one grounded in a “limited and precise rationale” and “clear, manageable, and politically neutral”) for courts to use in resolving such claims.

Source: For partisan gerrymandering reform, the federal courts are closed 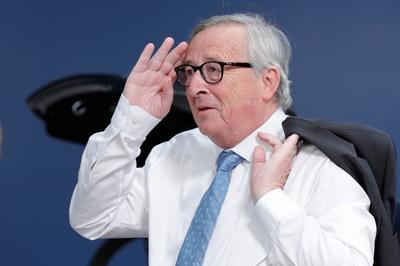 In his proposal, made to tired EU leaders on a third day of arm-wrestling over who will hold the posts for the next five years, Macron also proposed German Defence Minister Ursula von der Leyen to head the European Commission, the EU executive. 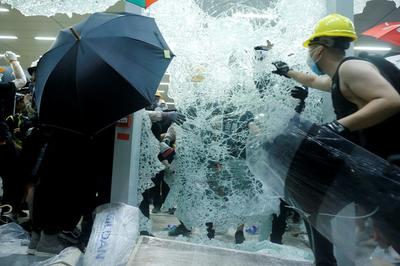 Hong Kong protesters triumphantly took over the city’s legislature, but there is little to celebrate.

Amid another march against a controversial extradition plan, a furious faction broke into the empty building on Monday night and trashed it, deepening a crisis for Chief Executive Carrie Lam.

The violence will weaken some of the movement’s support, spook big business and could give Beijing a pretext to dig in. 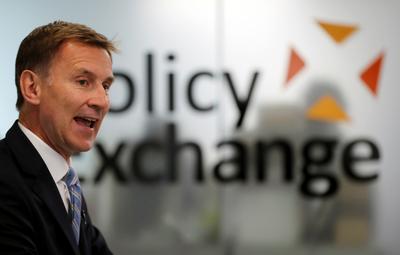 Britain told China to honor its commitments to protect freedoms in Hong Kong on Tuesday, after police fired tear gas to disperse hundreds of protesters in the former British colony.

“We can make it clear we stand behind the people of Hong Kong in defense of the freedoms that we negotiated for them when we agreed to the handover in 1997 and we can remind everyone that we expect all countries to honor their international obligations,” Hunt told Reuters when asked what Britain could do. 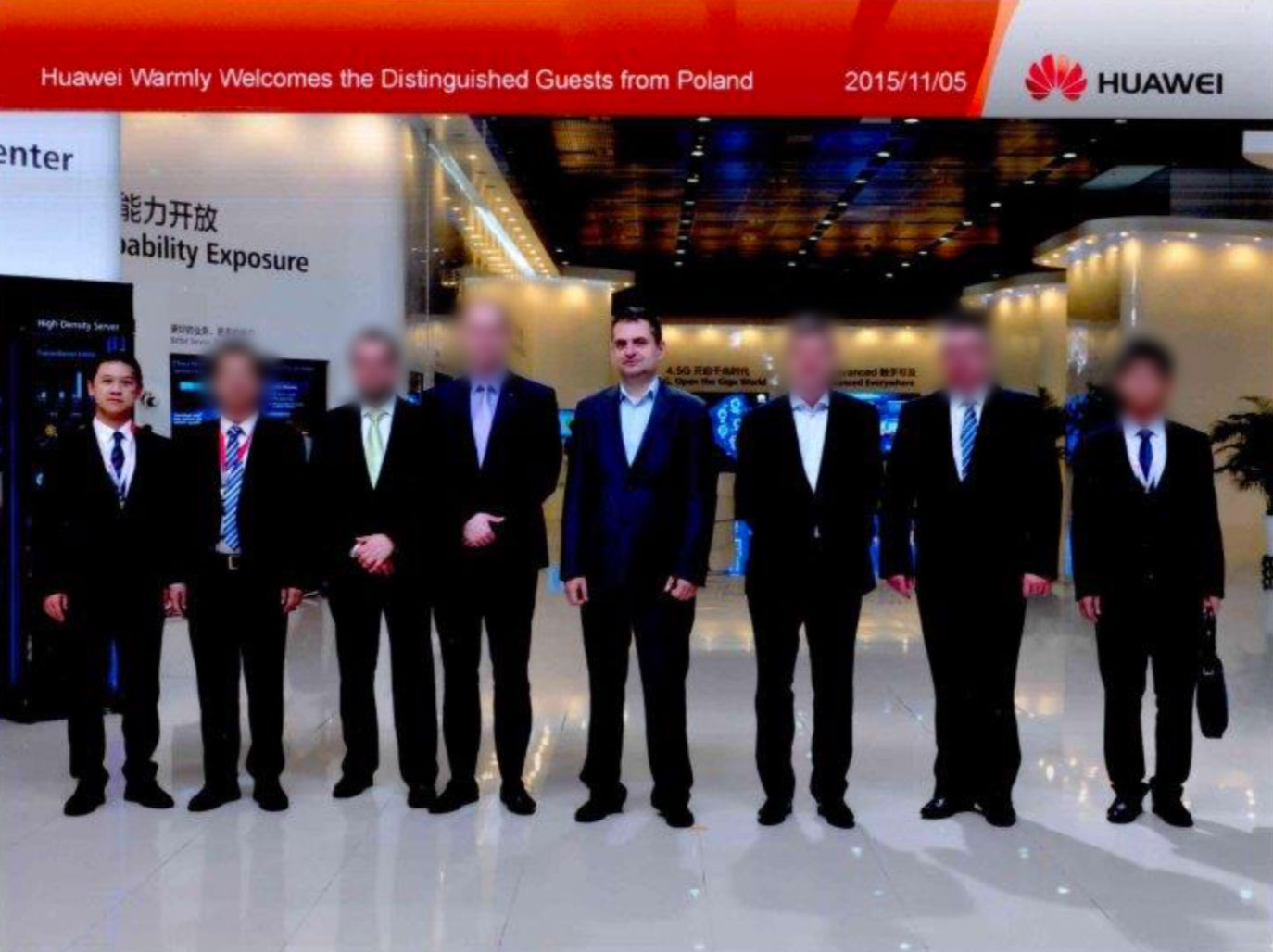 The drama had elements of a classic Cold War thriller, updated for the 21st century.

The predatory power was not America – Washington and Warsaw are now allies – nor Russia, Poland’s Soviet-era master. It was China.

The businessman was Chinese, a salesman for the world’s largest maker of telecom networking gear, Huawei Technologies Co Ltd. And the alleged Polish traitor, detained the same day, wasn’t a soldier but a senior cybersecurity specialist.

The arrests opened another front in America’s new Cold War, with China. It is a struggle in which Huawei figures prominently, as Washington wages a global campaign to dissuade allies from using the company’s equipment in the next generation of mobile-phone technology, known as 5G. The Trump administration in May effectively banned the use of Huawei gear in U.S. telecom networks and restricted the company’s purchases of American technology.

Washington says the company is an arm of the Chinese government, and U.S. officials fear Huawei’s 5G technology could be exploited for espionage and sabotaging a country’s critical infrastructure. Huawei denies this.

At the G20 summit in Japan last week, Trump said U.S. companies would be allowed to sell some components to Huawei. But he didn’t reverse the de facto ban on using Huawei gear in U.S. networks.

Source: How Poland became a front in the cold war between the U.S. and China Is it Vietnam’s turn in Donald Trump’s barrel?

Vietnam is “almost the single worst abuser of everybody,” Trump declared in response to a question about imposing tariffs on the country, adding that “a lot of companies are moving to Vietnam, but Vietnam takes advantage of us even worse than China.”

It was a moment that Vietnamese officials have been dreading ever since President Trump took office.

Source: Why Vietnam Looks Like the Next Target of Trump’s Tariffs

While many focus on the drama of President Donald J. Trump’s meeting with North Korean Chairman Kim Jong-un, a far more worrisome transformation in Northeast Asian geopolitics is underway.

Washington’s two allies are in a downward spiral. Japan’s announcement this morning of export restrictions toward South Korea’s tech industry is only the latest blow in the two countries’ economic relationship over the past year.

In this round of antipathy between Japan and South Korea, history has taken the blame as usual. But history is not the culprit. In the Asia that is emerging, leaders in Seoul and Tokyo seem far too tempted to privilege nationalism over realism.

Much of this dispute has to do with the growing role of South Korea’s courts in adjudicating the grievances of those left out of the 1965 peace treaty between Japan and South Korea.

Source: Seoul and Tokyo: No Longer on the Same Side | Council on Foreign Relations