There’s a reason nuclear plants are built close to water.

Harnessing the enormous power of nuclear fission, plants generate steam, which shoots through pipes to spin a turbine that generates massive amounts of electricity. To keep from getting dangerously hot, the plants suck up surrounding water from the nearby rivers, lakes or oceans around which they’re built to cool the steam.

Now, increasingly, more frequent heat waves and hotter average temperatures are making those waters so warm that engineers are concerned that it can’t do the job. Analysts say climate change is to blame.

Health concerns over uranium contamination in nearby water supplies spurred the Obama administration to issue a 20-year ban on its mining in the roughly 1 million acres of federal land surrounding the Grand Canyon in order to study its effects on the environment and public health.

Opponents of uranium mining argue that it could contaminate the Colorado River and its tributaries, which are a water source for roughly 40 million people. Ingesting it can cause health problems like kidney damage, and exposure to its radiation can bring an increased risk of cancer as well as a risk of high blood pressure, autoimmune diseases and reproductive issues, according to the Environmental Protection Agency.

But as pressure mounts from the Trump administration to rely less on foreign countries for resources like critical minerals, tribal nations who now experience higher rates of cancer linked to previous uranium mining operations, environmental groups and Democrats are worried the ban around the Grand Canyon could be reversed.

Source: All Eyes on Uranium Around the Grand Canyon | National News | US News

Immigrants made up slightly less than 14 percent of the population in 2017, according to reports based on U.S. Census Bureau data.

In the late 19th century, the overwhelming majority of immigrants came from Europe; now, immigrants more commonly arrive from Asia and Latin America.

Immigrants in the country illegally – a group causing political turmoil and individual angst – made up about 3.2 percent of the population in 2017, with 10.5 million people living here illegally, according to a recent study by the Pew Research Center.

That’s a drop from 2007, when 12 million people, or 4 percent of the population, were living in the country illegally. For the first time, Mexicans made up less than half of those unlawfully residing in the U.S., at 47 percent, Pew said, with an increase in illegal immigration from El Salvador, Guatemala, Honduras and Asia.

And while many Americans – and elected officials – fear that immigrants, legal and unauthorized, increase crime and take jobs away from native-born Americans, research by a broad array of institutions finds the opposite.

Source: Immigrants Offer Unique Perspectives on the Value of Being an American | The Civic Report | US News

Following the G-20 meeting, the two sides will now move to the negotiating table to address the most contentious issues. This is a step forward, albeit a small one.

It came on the heels of Secretary of State Mike Pompeo’s visit to New Delhi, where he held out the prospect of major U.S. investments in India. Trump followed that up in Osaka by promising India “very big things… in terms of trade, in terms of manufacturing”—without providing details.

Will the Modi government, grappling with a slowing Indian economy and keen to attract investment to revive it, take what some have called the Trump administration’s “bait” on trade and investment in return for opening up the huge Indian market to American goods?

Source: Why Would Trump Want a Trade War With India? 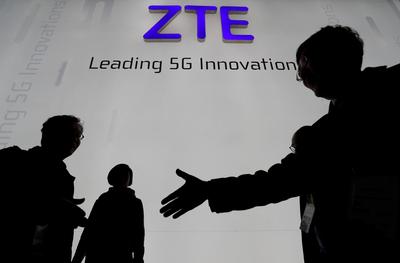 Even this relatively small, little-reported deal is raising concerns in Washington, which is increasingly warning allies not to buy Chinese technology that it says could be used by Beijing to spy on its customers. 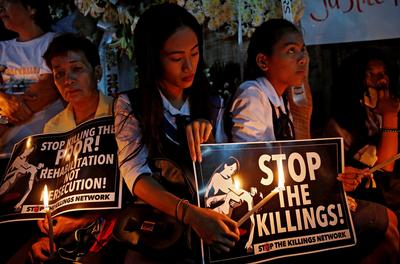 Iceland submitted the draft resolution backed by mainly European states, they said. The text urges the government to prevent extrajudicial executions and marks the first time that the Human Rights Council has been asked to address the crisis.

India said on Thursday it needs $330 billion in investments over the next decade to power its renewable energy dream, but coal would remain central to its electricity generation.

The energy guzzling country wants to raise its renewable energy capacity to 500 Gigawatts (GW), or 40% of total capacity, by 2030.

Renewables currently account for 22% of India’s total installed capacity of about 357 GW. Coal may account for half of India’s power generation in 2030 despite a boom in solar and wind energy projects, according to analysis by the country’s power-planning body.

The assessment, released on Monday by the nation’s Central Electricity Authority, highlights that the nation has a large existing fleet of coal plants and that there’s a mismatch between peak periods of demand and output from renewables. That will leave a big role for the most-polluting fuel in the nation’s future electricity mix.

Source: Coal to dominate India power to 2030 despite renewables boost

Beijing may have dominated headlines for its polluted air years ago, but now New Delhi, Dhaka, and several other Asian capitals have the smoggiest skies, endangering millions of lives.

The Asian continent is home to all ten capital cities with the highest concentrations of tiny, hazardous particles—known in the scientific community as PM2.5—that can penetrate deep into the lungs, according to a 2019 report by Greenpeace and IQAir, a Swiss company that collects global data on air quality and manufactures air-purification equipment.

What causes this noxious haze to hang over the region?

Environmental factors are part of the problem. Many Asian cities are landlocked and situated on plains near mountain ranges that make it harder for pollutants to disperse, says Nandikesh Sivalingam, program manager for Greenpeace East Asia.

But man-made factors play a bigger role, he says, and there are a lot of them: burning biomass such as food waste or animal manure for cooking, high dependency on coal for electricity, an absence of regulations on industrial emissions, open burning of agricultural products, and many others.

On top of that, many Asian cities are rapidly urbanizing, with more people crowding into tighter spaces, constructing skyscrapers and highways, and buying cars, all of which generate air pollution.

Local governments have enacted some regulations to deal with emissions, but many aren’t enforced.

Source: Why Air Pollution Is So Bad in Asia’s Cities | Council on Foreign Relations

The news out of Sudan, so recently full of fragile hope, is now deeply troubling.

For over a week, the Transitional Military Council, or TMC, has been violently suppressing the very protestors whose bravery and persistence created the conditions for the security services to seize power from disgraced former President Omar al-Bashir. Over a hundred civilians have been killed, many more wounded, and the facade of shared goals and commitment to reform between citizens and security elites irreparably broken.

The resolve of the Sudanese people to resist thinly disguised military dictatorship cannot be underestimated, but they are not operating in a vacuum.

Over the past weeks of halting negotiations between a mix of military and militia leaders on one side and the Declaration of Freedom and Change Forces, a coalition of civil society leaders and political opposition on the other, those international forces interested in a Sudan have helped to tip the balance to the brutal reality of today—some with their actions, and others with their passivity.