With the US electric vehicle (EV) sales at just 1.3% of the market in May of 2019, it would be easy to dismiss the impact that battery-powered vehicles have on the auto industry. That would be a mistake.

Despite relatively small numbers, EVs have begun to disrupt the industry in ways that would have been difficult to predict—disruption that ranges from the basics of vehicle design, to the manufacturing floor, and even to corporate boardrooms.

The strategic matchups are however beginning to move outside of China. BMW and Daimler, Mercedes-Benz’s parent company, announced earlier this year a new partnership to work together on the development of electric next-gen autonomous vehicles.

According to a joint press release, the new partnership between the traditional long-time rivals will focus on “advancing the development of next-generation technologies for driver assistance systems, automated driving on highways and parking features (up to SAE Level 4).”

Manufacturers and their suppliers are doing well in the current economy, yet there are some core challenges that persist. MFG.com has released its MFGWatch 2019 Manufacturing Report that reveals that companies are turning to greater automation to solve labor shortages.

Sixty-five percent of respondents said they received more work this year than last year—a more than 50% jump over last year’s results. More than 50% said their available capacity increased in 2018 while 37% said it stayed the same year-over-year. 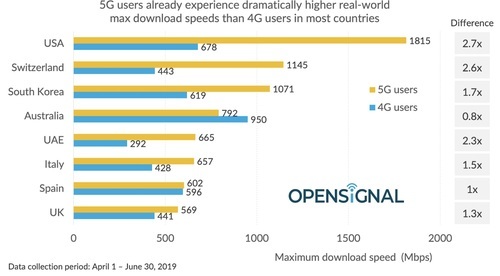 .. why is Europe struggling to get its 5G act together?

In countries yet to launch 5G, it is often because new spectrum has still not been made available by government authorities.

Most countries in eastern Europe fall into this category, but France does, too. In markets such as the UK, meanwhile, operators are being spoon-fed new 5G spectrum in successive auctions, as if the government is worried about the dangers of an overdose.

The effect is twofold: fragmentation — a kind of digital divide across the European region — as different countries fall out of sync; and higher costs.

By restricting the amount of spectrum sold at any one time, authorities have driven up prices, say critics, as operators fight over scraps.

Toss a thin slice of meat into a pit of hungry predators and see what happens.

Both operators have been struggling.

BSNL recorded a loss of 138 billion Indian rupees ($2 billion) in its last fiscal year, while MTNL’s loss was about INR34 billion ($495 million).

The government’s planned revival package includes a voluntary retirement scheme (VRS) for employees. Authorities also want to give 4G spectrum worth INR200 billion ($2.91 billion) to BSNL and may provide as much as INR130 billion ($1.89 billion) in financial aid to support 4G network rollout.

But this effort to revive the fortunes of the two companies may be too little, too late. Both firms have been recording losses for many years.

Huawei was known to have stockpiled a large number of chips over the past several months in anticipation of U.S. government action. Company CEO Ren Zhengfei initially said that the U.S. government was updating Huawei’s capabilities and declared that the ban would have no impact on Huawei’s planned rollout of 5G technology.

But this week, Zhengfei acknowledged that the U.S. ban will hit Huawei’s sales harder than he initially expected.

Huawei slashed its revenue forecast for this year by as much as $30 billion, lowering its sales target to about $100 billion, from previous estimates of $125 billion to $130 billion.

The Bloomberg News service has reported that Huawei is expecting its international smartphone shipments to drop by some 40% to 60%.

The rollout of 5G technology will have sweeping implications for the industrial IoT but won’t impact all IIoT applications in the near term, according to Gerardo Giaretta, senior director of product management and the head of Industry 4.0 at Qualcomm.

5G will offer enormous benefits in areas like smart factories but won’t immediately be a solution for applications that are relatively simple and require massive-scale deployment, such as smart meters and many farming and agricultural applications, he said in a keynote address at the Sensors Expo & Conference 2019 here Thursday. 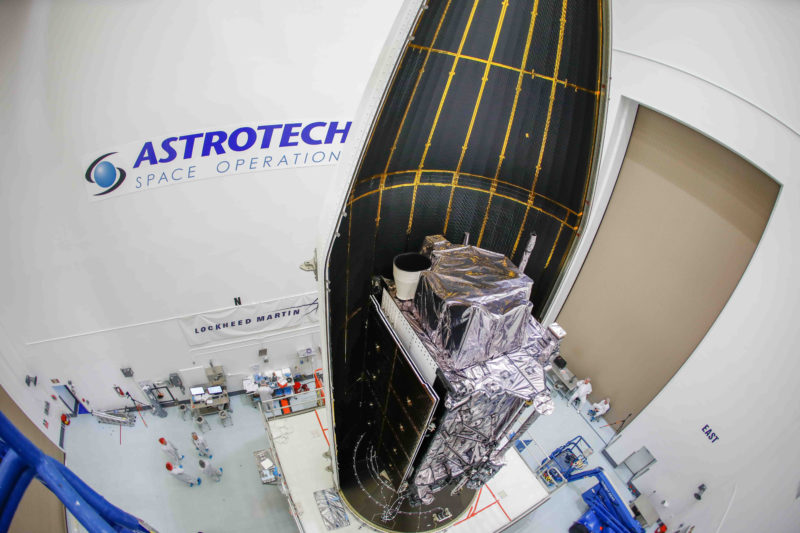 In the coming days, the enclosed GPS III SV02 satellite will be mounted to a ULA Delta IV rocket for launch. The current window for launch on July 25 opens at 10:55 a.m. ET.

The giant described Elastifile as a pioneer in solving the challenges associated with file storage for enterprise-grade applications running at scale in the cloud.

Thomas Kurian (pictured), a former Oracle executive who became CEO of Google Cloud only at the start of this year, said that Elastifile has “built a unique software-defined approach to managed Network Attached Storage (NAS), enabling organizations to scale performance or capacity without cumbersome overhead. Building on this technology, our teams are excited to join together and integrate Elastifile with Google Cloud Filestore.” 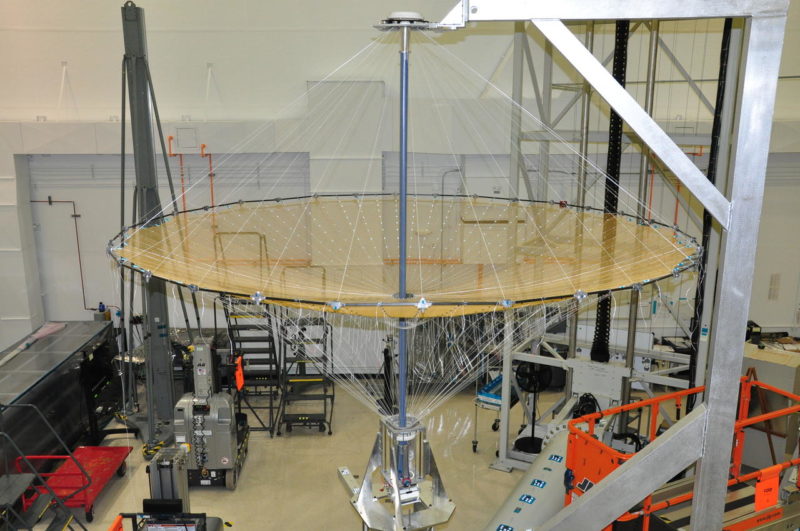 After reading an interesting Via Satellite article, “Satellite Manufacturing in a State of Transition,” it brought to mind the dynamics that set the industry on the creative manufacturing path we’re on today.

Over the last decade, we’ve witnessed a huge disruption in the space industry. Government contracts, have been augmented by the acceleration of commercial entrants focused on agility and innovation, lighting a spark that ignited the entire industry – and leading to a new focus on building satellites faster and making space more accessible.

This conversation about speed continues. But, I would argue that the days of conceptual thinking are over.

It’s no longer about NewSpace; it’s about “Now Space.”

Source: Moving from NewSpace to “NowSpace” – Via Satellite –

Intel gave a first glimpse of three packaging technologies on its roadmap at a gathering on the sidelines of Semicon West here. The most interesting of the three may debut in the exascale supercomputer Intel is building for the U.S. Department of Energy.

The trio of techniques aim to give Intel’s processors an edge at a time when advances in conventional silicon scaling are slowing and getting more expensive. They arrive as rival TSMC expands its portfolio of chip stacks, and two consortia hope to set standards in the area.