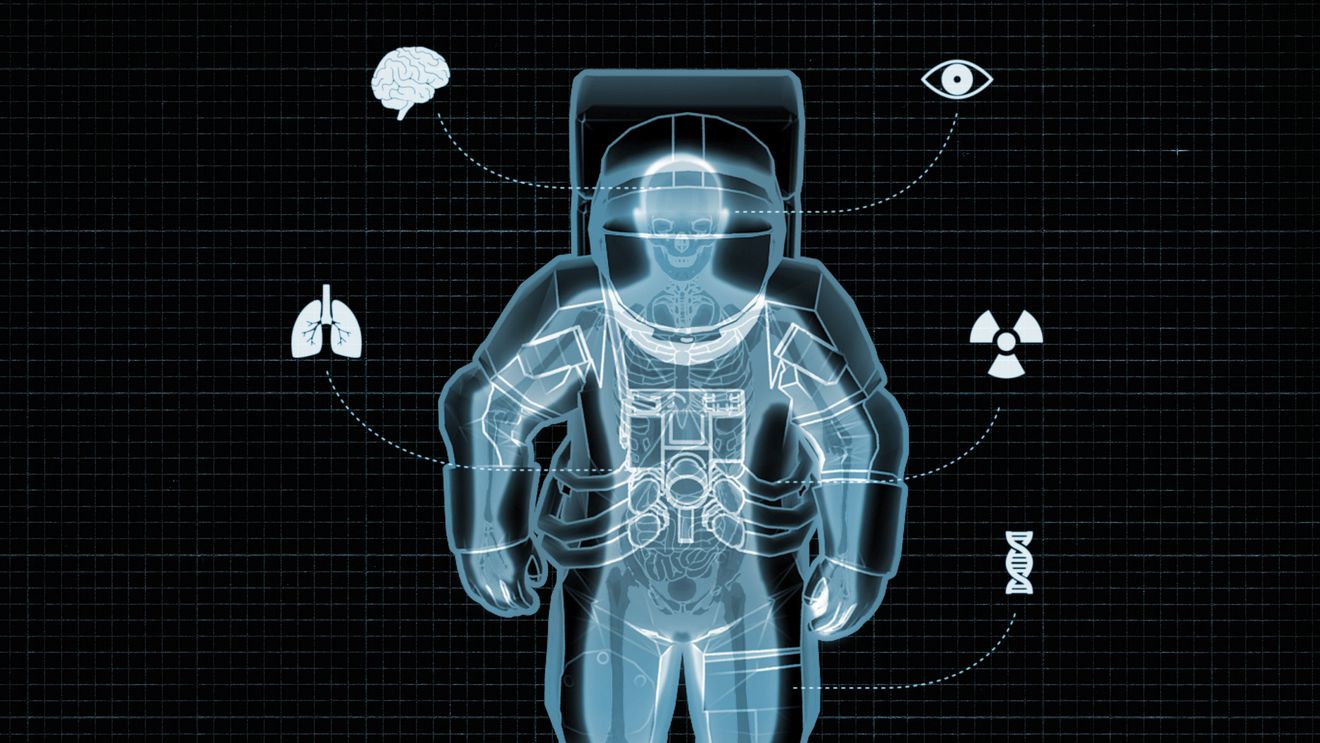 The human body has evolved, for hundreds of thousands of years, to thrive on the surface of the Earth.

But what happens when you take such an earthbound body and put it in the weightlessness of space?

Without the constant tug of gravity, bones become more brittle and muscles atrophy.

Source: NASA is grappling with our biggest limitation in spaceflight: our own bodies. – Vox

Across the US, government use of facial recognition technology, which critics say poses a serious threat to Americans’ civil liberties, is on the rise.

A new report released Thursday from digital rights advocacy group Fight for the Future visualizes how often US law enforcement agencies use this software to scan through millions of Americans’ photos — often without their knowledge or consent.

While the map isn’t exhaustive, it is one of the most comprehensive guides showing how common and widespread facial recognition use is becoming. The map compiles existing data from the Center on Privacy and Technology at Georgetown Law, news reports, press releases, and other sources.

Source: Here’s an interactive map of facial recognition technology in the US – Vox

Trump, true to form, decided to turn up the heat even higher.

“These congresswomen are helping the rise of a militant, hard left. They never have anything good to say, which is why I say, ‘If they don’t like it, let them leave,'” Trump said, appearing to revel in stoking a controversy that shocked even lawmakers who have grown accustomed to his rhetoric. “They don’t love our country, and in some cases I think they hate our country.”

The raucous crowd responded in kind, yelling, “Send her back! Send her back!” in reference to Democratic Rep. Ilhan Omar of Minnesota, a naturalized U.S. citizen who came to America as a refugee from Somalia when she was a child.

Source: Trump Plays to His Base with His Escalating Rhetoric | The Civic Report | US News

The only surprising aspect to President Donald Trump’s racially charged tirade this week is that some seemed surprised by it.

But his impulse is to scratch the country’s darker underbelly of tribalism that’s fomented by racial and religious differences. It folds neatly into his obsessions with resurrecting a wall for border security and administering tariffs in international trade.

Still, advocating for protecting the border is very different than pleading with elected representatives to self-deport themselves across it.

Source: Trump’s 2020 Strategy: Loathing and Fear of Losing | The Civic Report | US News 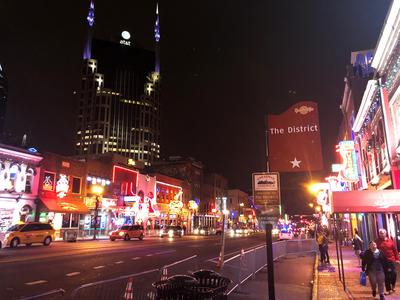 In the depths of the financial crisis, when the world was shunning debt and battening down for the worst, city officials here zagged in what seemed a preposterous direction and spent $600 million on a new convention center.

It is in many ways a positive story of how new winners can emerge even after a devastating recession. But it also represents a major fault line in the recovery that followed: Winning places like Nashville have won big, often for reasons that can’t obviously or quickly be replicated, while much of the rest of the country has struggled to stay even or slipped behind.

Source: As U.S. ‘superstar’ cities thrive, weaker ones get left behind – Reuters 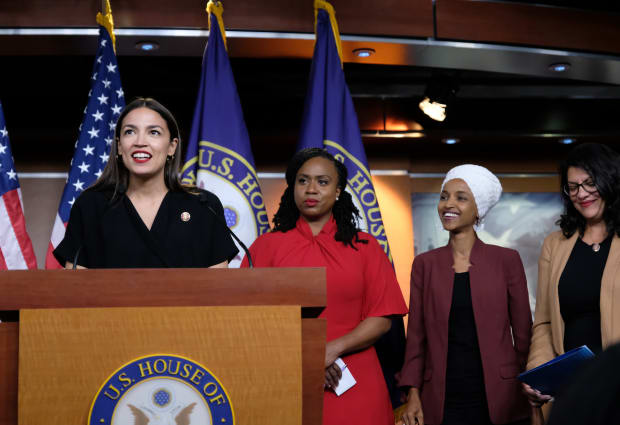 But the most stirring element of Trump’s Monday deluge of vitriol isn’t just what he said, but why he felt comfortable saying it.

When a reporter asked on Monday if the president was concerned with the fact that many Americans “saw that tweet as racist and that white nationalist groups are finding common cause with you on that point,” Trump responded simply: “It doesn’t concern me because many people agree with me.”

It doesn’t concern me because many people agree with me.

Upon signing the Immigration Restriction Act of 1924, President Calvin Coolidge infamously declared that “America should remain American”; during the height of the Vietnam War, “America: Love it or leave it” became a pro-war slogan adopted during counter-protests and was a part of President Richard Nixon’s broad strategy of courting middle-class white voters.

With his administration-defining fixation on “shithole” countries, Trump’s retort carries shades of President George W. Bush’s infamous declaration in the immediate aftermath of the September 11th attacks that “either you are with us or you are with the terrorists.”

Source: The Most Disturbing Thing About Trump’s Racism Is How American It Is – Pacific Standard

The current ice melt is a testament to the astounding power and speed of climate change.

But for Greenland’s government and entrepreneurs such as Vildersboll, it is a business opportunity.

Bottled water is a growing global industry, and Greenland, betting that the trend will continue, is inviting other companies to tender for water rights. The government is even restructuring its outmoded trade policies, creating small cracks in an economic system that has kept Greenland financially dependent upon Denmark, its former colonizer and present-day suzerain.

That bottled water will be the revolution that delivers independence to the world’s largest island remains unlikely.

But the sale of meltwater has helped further open Greenland to the outside world as this nation searches for financially viable paths to independence.

What’s behind the reversal?

For one thing, Trump’s incendiary rhetoric about the “invasion” at the border has only advertised how easy it is to come to the United States. What better way to signal to would-be migrants that the door is open than to warn that “We’re on track for a million illegal aliens to rush our borders” this year?

For another, people who initially put their travel plans on pause after the election can see that while Trump has cracked down on immigration, the worst elements of his agenda may be yet to come. Rather than acting as a deterrent, Trump’s promises to build a wall and bar asylum claims, among other things, have generated a sense of urgency to make the journey before conditions become even harsher.

Source: The Crisis at the U.S.-Mexican Border Is of Trump’s Own Making

China’s authoritarian leaders fear that free Chinese people would oust them from power, as free people have done throughout the world.

One way Chinese leaders manage the threat to their rule is by provoking crises abroad and appealing to their people’s nationalism. The result is a vicious cycle of repression and potential instability that makes the world a more dangerous place.

Another way China’s leaders manage the threat to their rule is by creating an Orwellian surveillance state: Xi has concentrated unprecedented power in his own hands, using facial recognition and big-data technologies to monitor huge masses of people. For the same reason, his government now strives for world leadership in 5G networking and artificial intelligence.

China’s leaders primarily seek not the betterment of their people but the preservation of Chinese Communist Party (CCP) rule.

For them, politics outweighs all other considerations. Many Americans have a hard time grasping this reality because it’s not how we think about our own country. Our Declaration of Independence says that the government’s highest aim is to secure the rights of individuals to life, liberty, and the pursuit of happiness.

Politics in the United States serves, and is subordinate to, freedom, including economic freedom. In China, it’s the other way around. Economics serves politics, and the political goal is to strengthen the government’s power at home and abroad.

Source: Nikki Haley’s Vision for How to Win Against China

The stakes in the strait today are much higher than they were in the 1980s and 1990s, as a confrontation over shipping could lead to a full-blown war between Iran and the United States, one that could even turn nuclear.

Instead of assuring the region’s security, however, the United States has pursued short-term benefits, selling arms to Gulf partners and taking sides in largely fruitless inter-Gulf squabbles, driving partners such as Qatar toward Iran and allowing the Saudis to take too many risks, such as by intervening in the Yemeni civil war.

One reason for this destabilizing opportunism may be the faulty assumption by U.S. policymakers that the Carter Doctrine, under which the United States vowed to use military force to protect its interests in the Gulf, no longer applies.

As the United States consumes less oil from the Middle East, the argument goes, its need to ensure the security of the region also decreases.

That, however, misunderstands both history and geopolitics.