In an important contribution, Jeffrey T. Biller and Michael N. Schmitt argue that cyber capabilities are not “weapons” or “means of warfare,” but can be “methods of warfare” under international humanitarian law (IHL).

These conclusions challenge the prevailing notion, contained in the Tallinn Manual 2.0 on the International Law Applicable to Cyber Operations, that cyber capabilities can be weapons and means of warfare. Biller’s and Schmitt’s claim is that, unlike other military technologies, cyber capabilities do not cause direct harm to people or property.

“Having a damage mechanism with the ability to directly inflict the damaging or injurious terminal effect on a target is,” they write, “the litmus test for qualification as a means of warfare.” When computer code is deployed, “the harmful effects are … indirect; they are not terminal vis-à-vis the code.”

Harmful effects directly arise from the operation of the target system infected with the code, rather than from the code itself. “Therefore,” they conclude, “computer code and associated systems cannot qualify as means of warfare.”

Source: Should Cyber Arms Be Treated Like Bioweapons? – Defense One 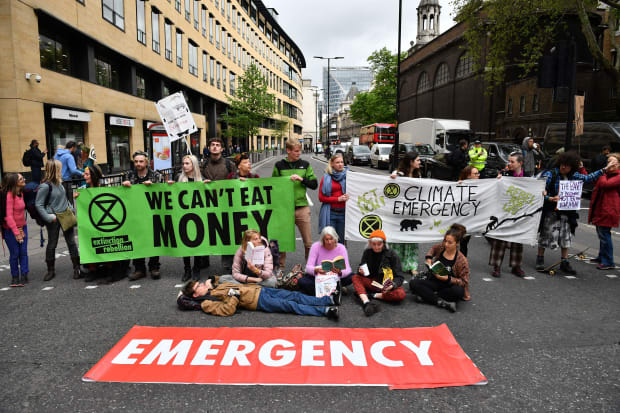 Unfortunately, climate writers have to spend so much time combating lies and explaining the very basics of climate policy that some of the most compelling, and arguably most important, messages around climate policy can get lost in the fray.

Articles like the ones by Roberts and Levitan are crucial in the fight against misinformation, but climate communicators on the most prominent platforms (usually TV) too often fail to make the moral case for a GND.

That would involve pointing out, perhaps alongside the facts and figures, that the proposed policy will save lives—and make other lives better.

Source: When It Comes to Climate, Why Are We Willing to Sacrifice Lives for Money? – Pacific Standard 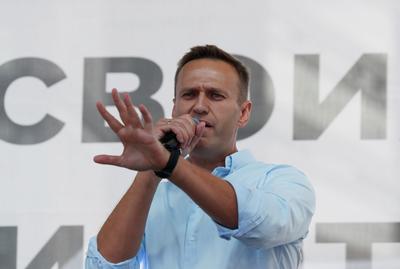 Russian opposition activists said on Thursday they planned to press ahead with an unauthorized rally in Moscow this weekend despite overnight police searches and a raft of detentions, including the jailing of Kremlin critic Alexei Navalny.

Navalny, a prominent opposition figure, was jailed on Wednesday for 30 days for calling on people to protest in Moscow this Saturday against the exclusion of several opposition-minded candidates from a Sep. 8 local election.

.. while watching what happened on Capitol Hill on Wednesday, when Robert Mueller, the former special counsel, testified before two House committees, I struggled to contain a rising sense of dread about where the country is heading.

With Republicans united behind the President, Democrats uncertain about how to proceed, and Mueller reluctant to the last to come straight out and say that the President committed impeachable offenses, it looks like Trump’s blitzkrieg tactics of demonizing anyone who challenges him, terrorizing potential dissidents on his own side, and relentlessly spouting propaganda over social media may have worked.

If so, he will have recorded a historic victory over the bedrock American principles of congressional oversight and equality before the law.

Source: Why the Mueller Hearings Were So Alarming | The New Yorker

Mueller insisted on remaining within the confines of his 448-page report issued earlier this year that did not establish a conspiracy between the Trump campaign and the Russian government, and neither exonerated nor implicated the president on obstruction of justice.

Still, his testimony provided some moments of spectacle and illuminated certain facts that could prove damaging to President Trump moving forward. 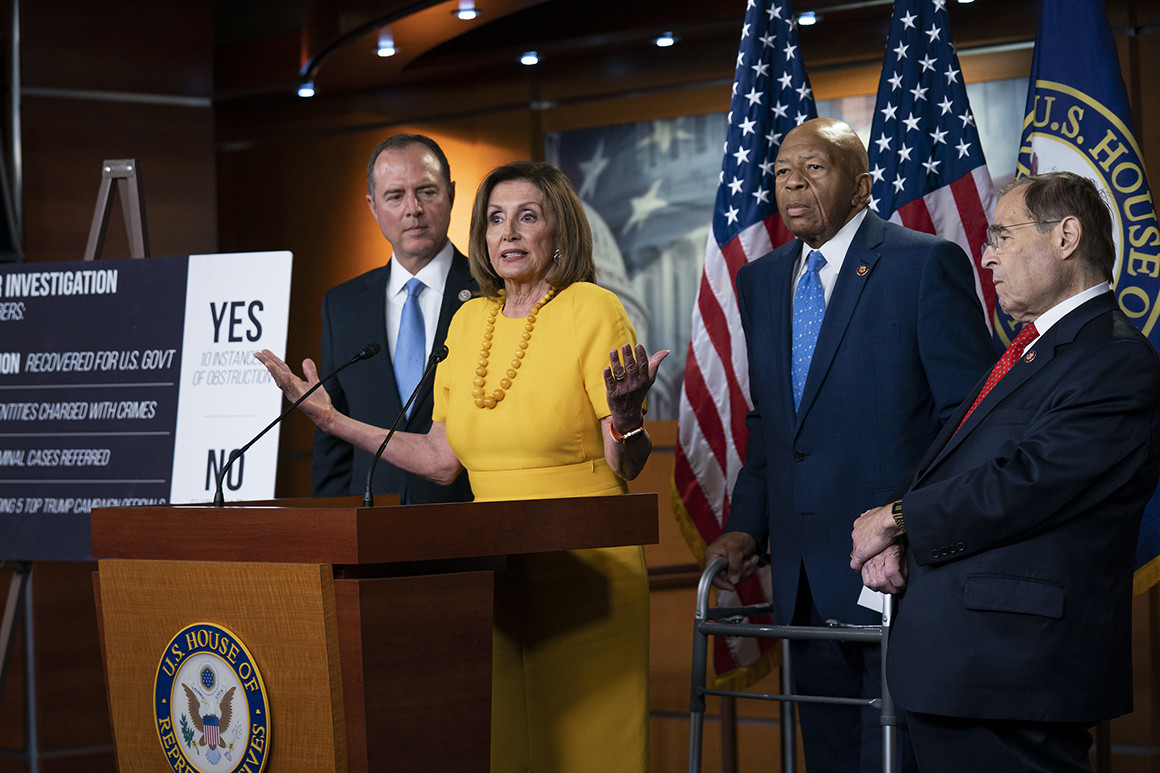 House Judiciary Committee Chairman Jerry Nadler pushed to launch impeachment proceedings against President Donald Trump during a closed-door meeting Wednesday, only to be rebuffed by Speaker Nancy Pelosi, according to four sources familiar with the discussions.

Despite Muslims comprising only one to eight percent of the population in various Western countries, their very presence has become one of the defining issues of the populist era, dividing left and right in stark fashion.

Right-wing populist parties differ considerably on economic and social policy. But nearly every major right-wing populist party emphasizes cultural and religious objections to specifically Muslim immigration as well as to demographic increases in the proportion of Muslim citizens more generally.

It would be a mistake, however, to view the debate over Islam and Muslims as only that. The rise of anti-Muslim sentiment signals a deeper shift in the party system away from economic cleavages toward “cultural” ones. With this in mind, attitudes toward Muslims and Islam become a proxy of sorts through which Western democracies work out questions around culture, religion, identity, and nationalism.

Source: The One Percent Problem: Muslims in the West and the Rise of the New Populists

Even apart from that, however, Mueller’s appearance today had a significance that outstrips any single thing he said.

His testimony is not ultimately important for any bombshells or any revelations—of which there were none, in any event. Its significance, rather, lies in the hearings’ initiating of the long-belated creation of an Article I record of the president’s conduct—a shifting of the investigative locus from the executive branch to the legislative branch. That should have happened months ago. It finally happened today.

The Mueller report is an executive document, after all. When a member of Congress gets Mueller to answer questions about his findings at a hearing, his testimony becomes a part of a legislative record.

That is in part a symbolic difference, since Congress is entitled to act on the basis of executive branch facts if it wishes. But there is still something important about Congress engaging the process, doing its own job, rather than sitting back on its heels waiting for Mueller to tell it what to do.

Right now, we’re in a storm of digital disruption, also known as the Fourth Industrial Revolution or any of the other trendy monikers coined in recent years. The truth is that the speed of innovation today makes long-term planning incredibly difficult.

Like everyone, government organizations are struggling to chart paths forward in the face of a fast-moving and increasingly ambiguous future. According to a 2018 report from the Congressional Research Service, federal government IT budgets are growing, but so are the costs of maintaining older systems.

The only way government agencies — or any organization — will continue to thrive amid continual, innovative disruptions will be to fundamentally rethink how they operate.

The House quietly passed legislation on July 23 that would expand cybersecurity research and development partnerships between several federal agencies and the government of Israel.

The bill, introduced in March by Reps. Ted Deutch (D-Fla.) and Joe Wilson (R-S.C.), covers a broad set of cooperative issues between the two countries but contains several provisions related to cybersecurity.

Most notably, it would create a new grant program at the Department of Homeland Security to support cybersecurity R&D as well as the demonstration and commercialization of cybersecurity technology with the Israeli government.