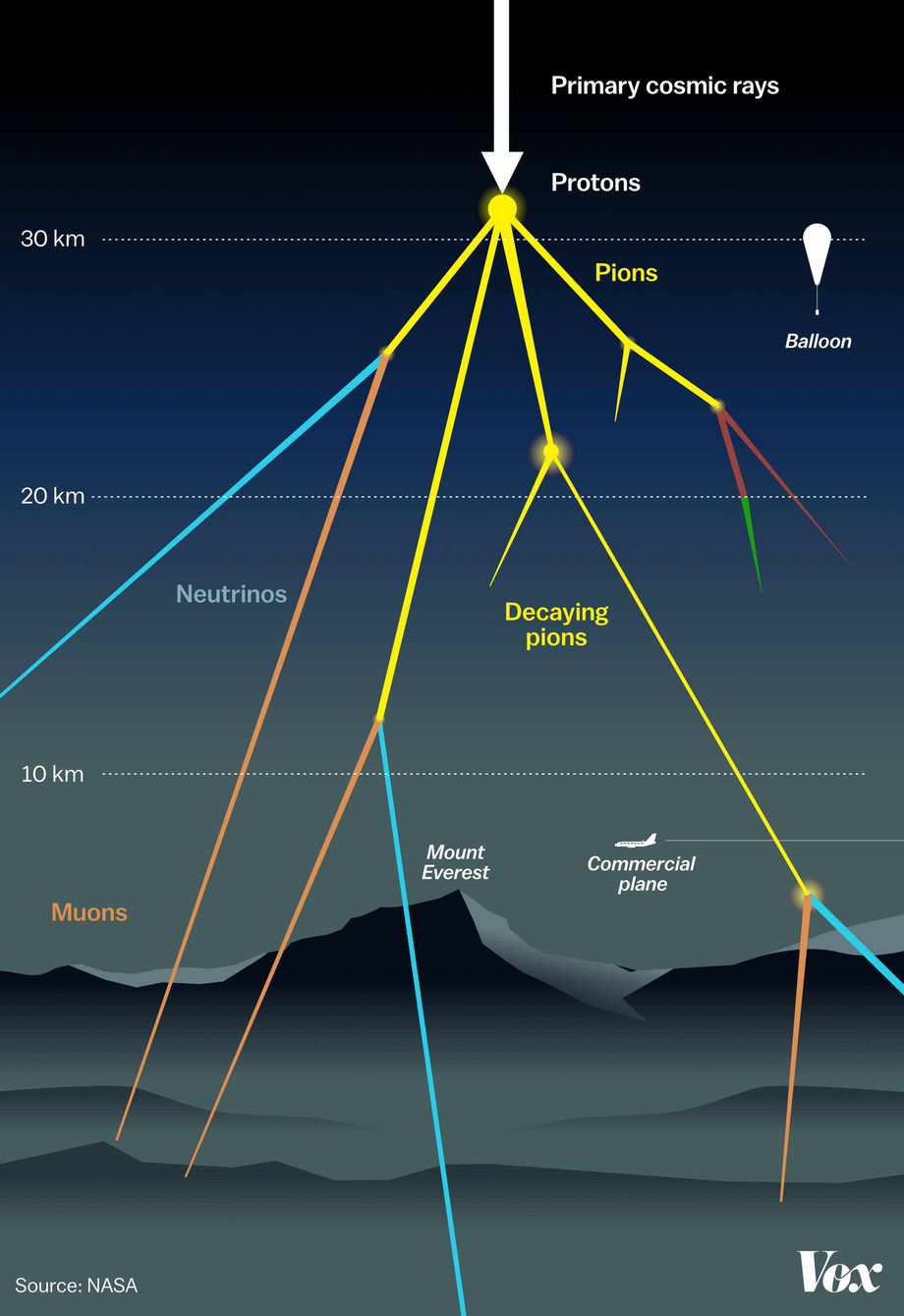 You may think the greatest, most perplexing mysteries of the universe exist way out there, at the edge of a black hole, or inside an exploding star.

No, great mysteries of the universe surround us, all the time. They even permeate us, sailing straight through our bodies. One such mystery is cosmic rays, made of tiny bits of atoms. These rays, which are passing through us at this very moment, are not harmful to us or any other life on the surface of Earth.

But some carry so much energy that physicists are baffled by what object in the universe could have created them. Many are much too powerful to have originated from our sun.

Many are much too powerful to have originated from an exploding star. Because cosmic rays don’t often travel in a straight line, we don’t even know where in the night sky they are coming from.

Who succeeds Lagarde at the International Monetary Fund?

The question is a European question because, as part of the founding compromise of the Bretton Woods institutions in 1944, the United States nominates the head of the World Bank and the position of managing director at the IMF is taken by a European.

America’s interest at the IMF is secured by its blocking position as the largest individual shareholder and since the 1990s by the nomination of the first deputy managing director.

Today that role is occupied by David Lipton, who is currently filling in for Lagarde.

Source: The International Monetary Fund leadership is not a bargaining counter – Adam Tooze

Great-power competition may conjure up images of war in Europe or the Pacific, and U.S.defense planners are rightly preparing for head-on collisions.

But the Cold War and the Global War on Terror suggest that the future of conflict will more likely be limited to indirect skirmishes at the fringes of great-power influence.

To succeed in this environment, the United States should plan for proxy warfare.

Source: The Future of Conflict is Proxy Warfare, Again – Defense One

Democrats did get a verbal agreement from Mueller on two critical points – whether unsuccessfully trying to obstruct justice is still a crime (yep), and whether it’s possible the president could be prosecuted after leaving office (yes, again).

But when it came to one of the central tests of the hearing – whether it would produce the political momentum on the Hill and among the public the Democrats need to forge ahead with impeachment, Mueller gave no solace to either side.

Source: No Winner After Robert Mueller Testifies Before the House Judiciary Committee | Politics | US News

Congress is expected to approve, before the summer recess, a two-year budget deal that would increase spending by $320 billion over current budget caps and lift the debt ceiling – which allows the government to borrow more money, much of it from foreign lenders. The deal also sets up the 2021 demise of the Budget Control Act, a 2011 law that set strict spending limits, enforced with “sequestration,” or automatic spending cuts. Congress has waived those caps in recent years but the current deal allows the law to die in 2021.

The House approved the measure 284-149 Thursday; the Senate is expected to quickly follow suit.

The upside for lawmakers in both parties is that it means one fewer political fight as they approach an already drama-packed 2020 election year. They also don’t have to worry about the government running out of statutory authority to borrow more money, meaning there won’t be a government shutdown if – as expected – the U.S. government reaches its debt limit during the August congressional recess.

Despite the increased spending and debt, the certainty of the budget amounts and debt ceiling mollify the financial markets, creating some stability during what is shaping up as a tumultuous political season.

A serious decline in fiscal fitness that gets more dangerous with each month. The debt – the money the U.S. has borrowed to pay its bills – is already at $22 trillion, and the deficit – the amount the government spends compared to revenues each year – is approaching $1 trillion annually.

Source: Politics Over Fiscal Responsibility as Congress Passes a Budget Deal | The Civic Report | US News

The Mueller hearings provided Congress with two dramatically different narratives. For those who have followed this story day by day, there was nothing new.

But for those who have other things to do with their lives, Congress used it as an opportunity to frame the vast amount of information in the Mueller Report and in the indictments and convictions that flowed from his investigation.

Starting with the Democrats, it was clear that they wanted to focus on obstruction of justice. More than one member of the Judiciary Committee bore down on Trump’s instruction to his White House Counsel to fire Mueller and on his subsequent instructions to create a paper trail showing he never did any such thing.

More than one Democrat pointed out that anyone else would have been indicted based upon the fact pattern presented. And Mueller himself acknowledged that while he didn’t believe (because of the Office of Legal Counsel ruling) a sitting president could be indicted, he did say that once no longer president someone could be indicted for obstruction of justice—or any other crime.

The Democratic refrain “No one is above the law,” was invoked early and often.

The man whose childhood dream was becoming “world king” and whose charismatic leadership energized the Brexit campaign has become Britain’s new prime minister.

On July 24, Boris Johnson replaced Theresa May as leader of the Conservative Party and assumed the country’s top job. Following a campaign premised on delivering Brexit “do or die” by Halloween and with only 99 days until the departure deadline, Johnson wasted no time appointing a pro-Leave cabinet.

Given EU resistance to renegotiating the withdrawal agreement and a divided British Parliament, odds are increasing for a no-deal Brexit or a general election. 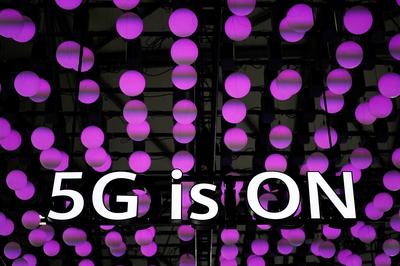 Huawei, which is grappling with sanctions from Washington that threaten to cut its access to U.S. technology and components, on Friday rolled out the Mate 20 X 5G phone for the China market with a price tag of 6199 yuan ($901).

Huawei also said at the launch event at its Shenzhen headquarters that it would unveil TV-like products called “Smart Screens” next month, which will be the first products based on its proprietary Hongmeng Operating System, according to Xinhua.

Huawei has given little information about Hongmeng, its own back-up operating system under development in case it was cut off from U.S.-made software. 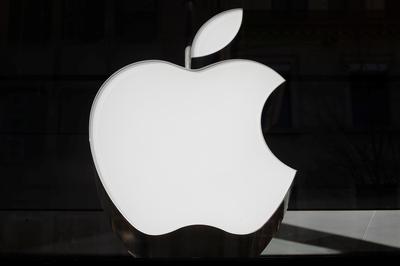 Under the deal, about 2,200 Intel employees will join Apple, along with intellectual property, equipment and leases. Combined with its existing portfolio,

Apple will have 17,000 wireless technology patents, ranging from cellular communication standards to modems, making it a more powerful player in global licensing talks that will likely take place between major 5G patent holders such as Huawei Technologies Co Ltd. 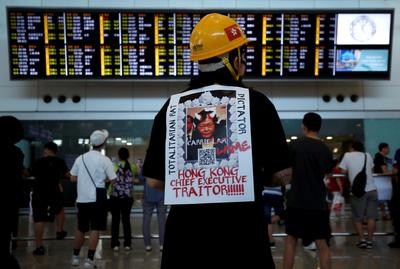 The former British colony, which returned to China in 1997, is embroiled in its worst political crisis for decades after two months of increasingly violent protests that have posed one of the gravest populist challenges to Communist Party rulers in Beijing.

The demonstrations, mushrooming up almost daily, saw the defacement of China’s main representative office last weekend, triggering warnings from Beijing this was an attack on China’s sovereignty.