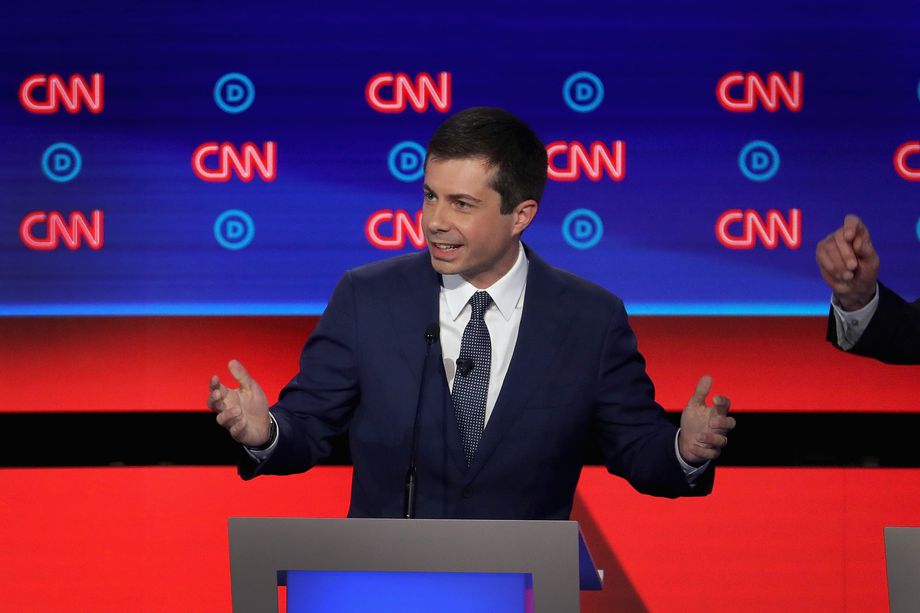 .. That’s when Buttigieg spoke up:

[This is] the conversation that we have been having for the last 20 years. Of course, we need to get money out of politics, but when I propose the actual structural democratic reforms that might make a difference — end the Electoral College, amend the Constitution if necessary to clear up Citizens United, have DC actually be a state, and depoliticize the Supreme Court with structural reform — people look at me funny, as if this country was incapable of structural reform.

This is a country that once changed its Constitution so you couldn’t drink and changed it back because we changed our minds, and you’re telling me we can’t reform our democracy in our time. We have to or we will be having the same argument 20 years from now.

If there’s one theme that unites the sprawling field of 2020 Democratic candidates, it’s this: Congress has abdicated its responsibility to declare war, allowing successive administrations to make ever-more-expansive claims of presidential authority to fire missiles, drop bombs, and send American soldiers into harm’s way.

Democratic hopefuls want to claw some of that power back for Congress, calling for a new authorization for the use of military force, or AUMF, to replace legislation from 2001 and 2002 that is still being used to prosecute the United States’ constantly metastasizing war on terror.

President Donald Trump has sufficient time to decide, with President Vladimir Putin, to set aside the lapse of the Intermediate-Range Nuclear Forces (INF) Treaty that will otherwise occur on August 2.

If they do, the two sides can meet at the expert level to resolve the compliance issues that precipitated the decision to withdraw. If the treaty is allowed to lapse, efforts to restore effective arms control measures will become even more difficult — and the world will grow more dangerous.

The lapse of the INF Treaty would not strengthen U.S. security, nor that of the Russian Federation.

Source: The INF Treaty Lapses Tomorrow. Trump & Putin Should Save It – Defense One 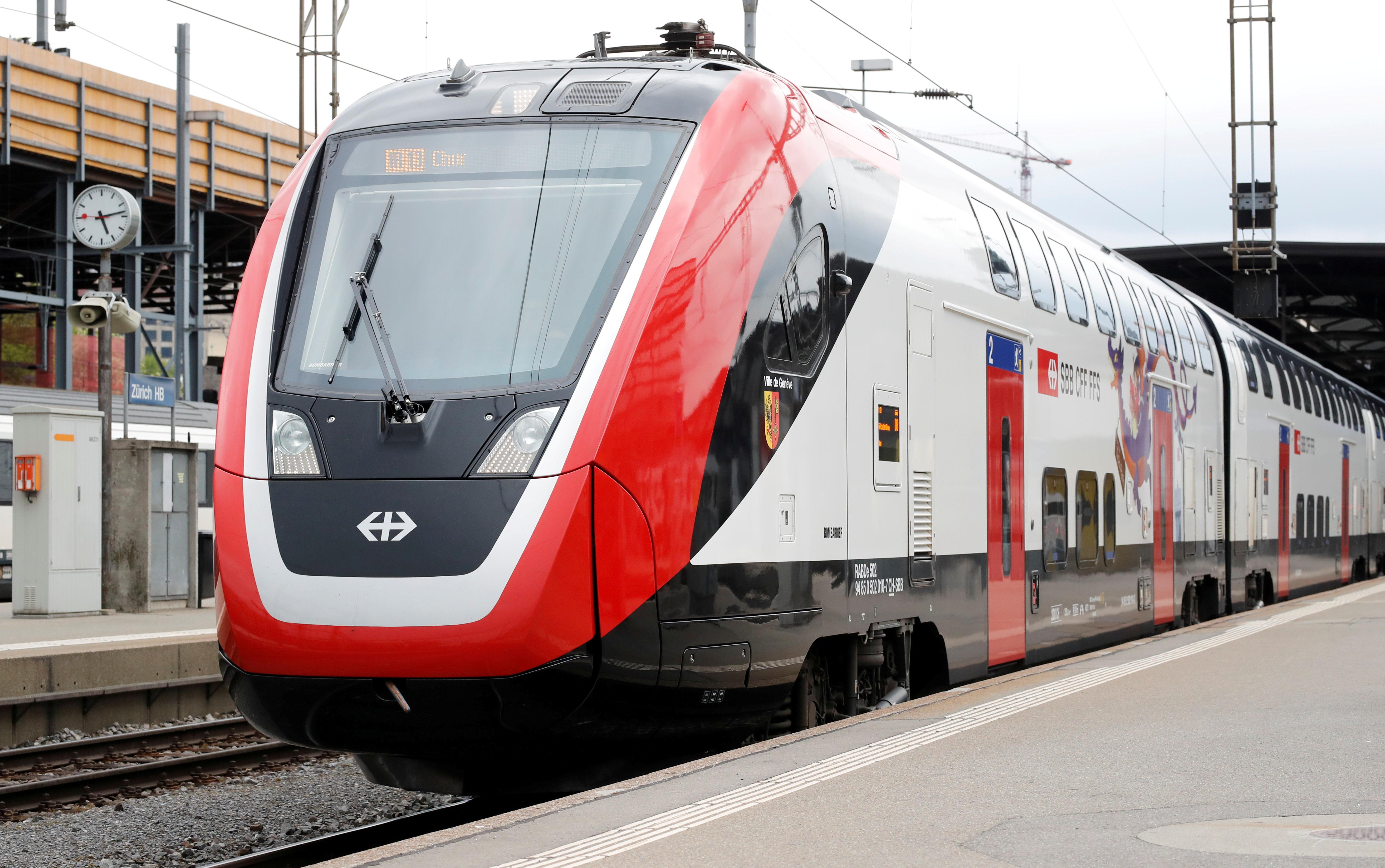 Bombardier Inc on Thursday lowered its full-year core earnings and free cash flow forecasts, and reported a quarterly loss, as the Canadian plane and train maker wrestles with challenges in its important rail division.

Montreal-based Bombardier is in the middle of a broader restructuring, shedding underperforming commercial plane programs to focus on its more profitable business jet and rail units. The company faced a cash crunch in 2015 after investing heavily to bring two new planes to market.

The U.S. central banking system—the Federal Reserve, or the Fed—has come under heightened focus in the wake of the 2007–2009 global financial crisis, as its role in setting economic policy has dramatically expanded. Post-crisis, the Fed faced scrutiny for its unorthodox monetary policy, known as quantitative easing (QE), which helped sustain the recovery but ballooned the Fed’s total assets from $869 billion in 2007 to nearly $4.5 trillion in 2017.

At the same time, the 2010 Dodd-Frank financial reform redefined the central bank’s responsibility for evaluating the health of the nation’s financial system.

Since 2015, the Fed has focused on returning to a more normalized monetary policy. Former Fed Chair Janet Yellen oversaw rising rates throughout 2016 and 2017 and announced the end of QE, a process known as tapering.

President Donald J. Trump broke with precedent in 2018 by replacing Yellen with businessman and sitting Fed Governor Jerome Powell, the first non-economist to hold the post since the 1970s.

Powell has supported Yellen’s approach to unwinding the Fed’s unorthodox policies, and he continued to raise interest rates despite pushback from President Trump.

Source: The Role of the U.S. Federal Reserve | Council on Foreign Relations

The 2015 Iran nuclear agreement is breaking apart, raising the risk not just of Iran accelerating its nuclear program, but also of a military clash in the Persian Gulf. Under the agreement, formally known as the Joint Comprehensive Plan of Action (JCPOA), Iran dismantled much of its nuclear program and gave international inspectors extensive access to its facilities in exchange for relief from economic sanctions.

President Donald J. Trump withdrew the United States from the agreement in May 2018, saying it failed to address Iran’s ballistic missile program and its role in regional wars.

The United States reimposed sanctions and moved to wipe out Iran’s oil exports. Iran has responded by resuming some of its nuclear activities, leaving the deal in a tenuous state.

Source: What Is the Status of the Iran Nuclear Agreement? | Council on Foreign Relations

Ever since the 2018 election, the storyline around the Democratic Party has been at odds with the facts. The Democratic Party is, as it has been for many decades now, a center-left party and not a left-wing party in the style of European political parties. In the first Democratic debates in June, many of the candidates fell blindly into far-left ideological traps, causing panic among Democrats concerned about beating Trump.

But by round two of the Democratic debates, it was clear that some of the candidates had done a little homework and learned a little history.

With some exceptions, the American electorate changes slowly.

Source: The second Democratic debate: Opening up the centrist lane 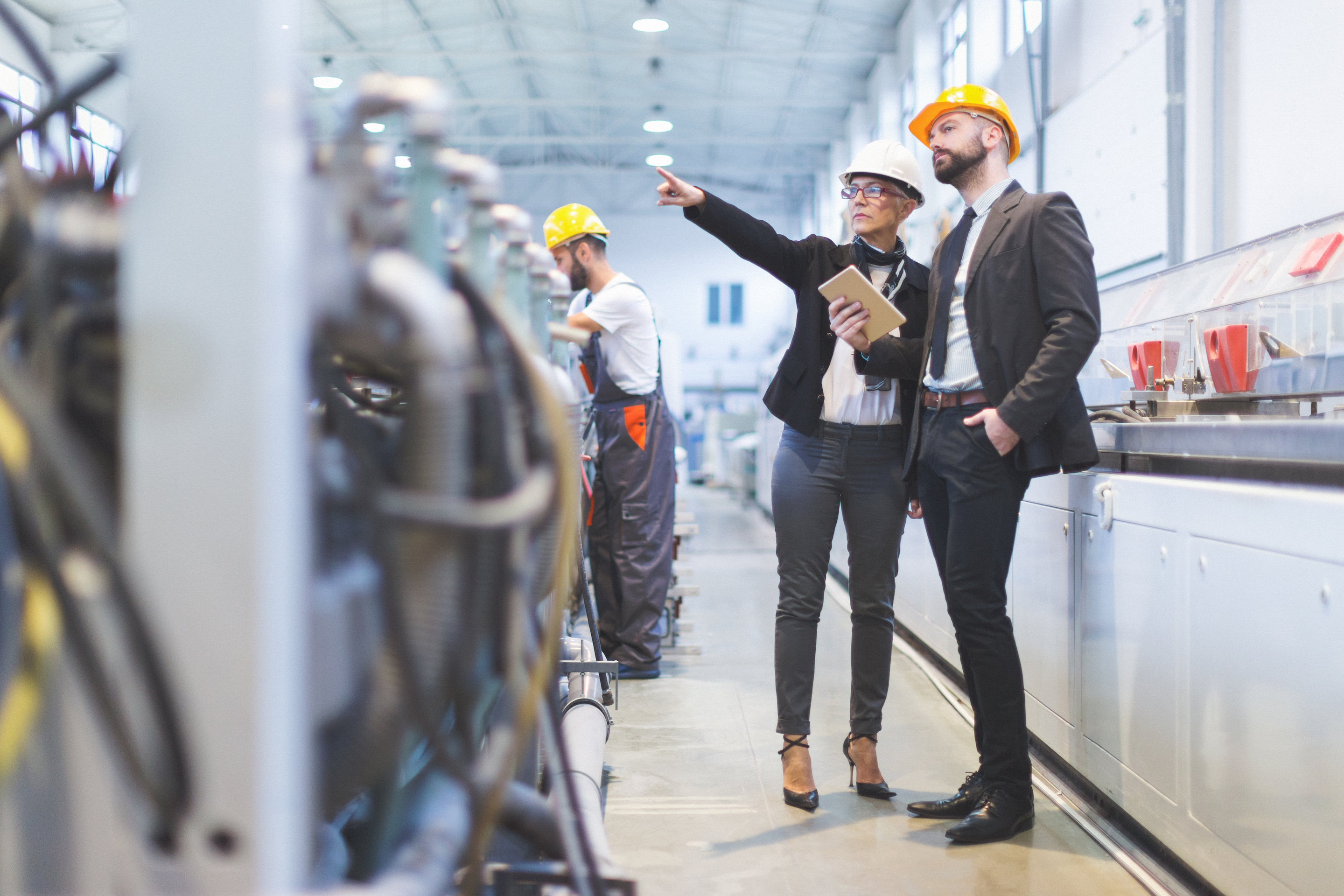 Some tasks aren’t easy to evaluate. A 2013 paper, “The Future of Employment: How Susceptible are Jobs to Computerisation?” found that roughly 47% of jobs were at high risk of being automated with advances in artificial intelligence.

Carl Benedikt Frey, Ph.D., co-author of that paper and author of The Technology Trap: Capital, Labor, and Power in the Age of Automation says predictions around automation’s impact have become very polarized: Either you believe that the robots are coming for many jobs—leaving many with no employment—or you believe it’s going to change the nature of work.

Source: Your Job Will Be Automated—Here’s How to Figure out When | Fortune 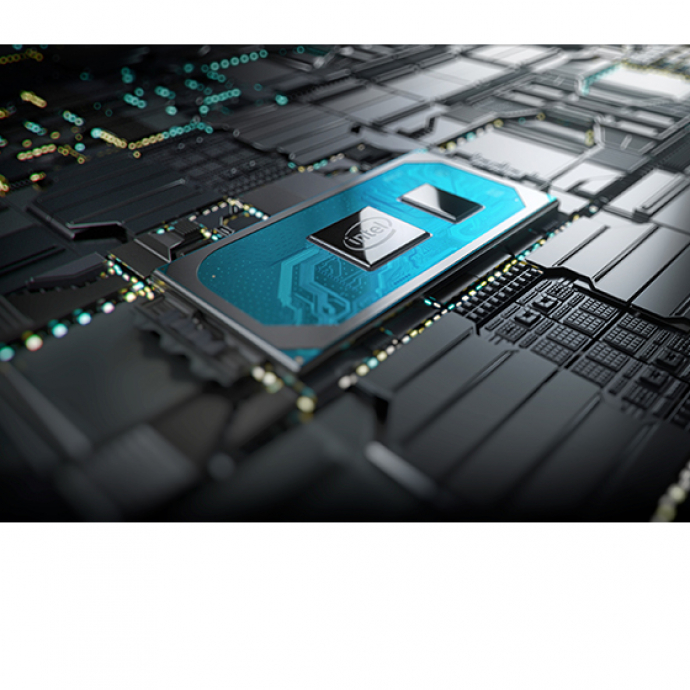 After years of delay, Intel is offering a new line of processor chips for laptops that could close the gap with rivals that have surpassed the company in semiconductor manufacturing technology.

On Thursday, Intel unveiled details about 11 chips that can power everything from thin, light laptops to more powerful devices suitable for video editing, developing software, or playing high-resolution games. Intel said the new line of chips, dubbed Ice Lake, was already in production for laptops that would go on sale by the holiday shopping season from Dell, Hewlett Packard, Acer, and Lenovo. 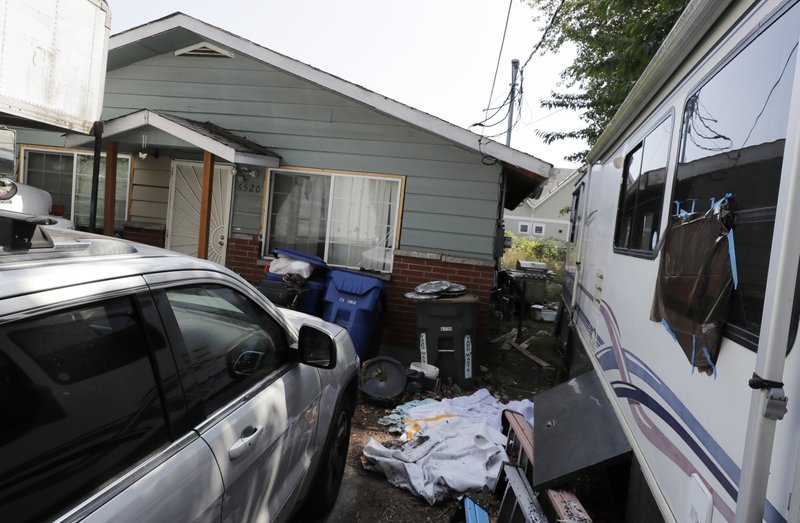 The 33-year-old former Amazon software engineer accused of hacking Capital One made little attempt to hide her attack. In fact, she effectively publicized it.

It’s one of many riddles swirling around Paige Thompson, who goes by the online handle “erratic.” Well-known in Seattle’s hacker community, Thompson has lived a life of tumult, with frequent job changes, reported estrangement from family and self-described emotional problems and drug use.