“Can your candidate beat Donald Trump?”

There was a post-superpower quality to this week’s Democratic debates. On both nights, foreign policy came up near the end, and the discussion focused mostly on the need to withdraw U.S. troops from Afghanistan, avoid war with Iran and, in Michael Bennet’s words, “invest in America again.”

That’s fine, as far as it goes.

But there was strikingly little discussion about America’s role in upholding a particular balance of power in the world. It was almost as if these Democratic candidates were running for prime minister of Canada.

That’s a problem, because the United States is trying to uphold a particular balance of power, even as the economic and military might of China keeps growing.

Washington is now pursuing roughly the same grand strategy that ended in war with Japan in 1941: preventing any single Asian power from dominating the Western Pacific. China is challenging that effort. And unless the world’s two superpowers accommodate each other, that challenge could lead to war.

What kind of accommodations would Elizabeth Warren, Kamala Harris, Bernie Sanders, or Joe Biden make to avoid that?

Source: But What About China? – Defense One 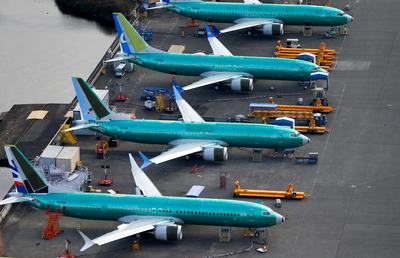 Boeing Co plans further changes to the software architecture of the 737 MAX flight-control system to address a flaw discovered after a test in June, two people briefed on the matter said late on Thursday.

The redesign, first reported by the Seattle Times, involves using and receiving input from both flight control computers rather than one. 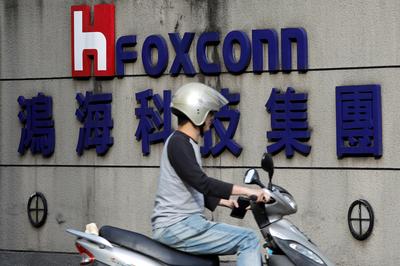 Taiwan’s Foxconn is exploring the sale of its new $8.8 billion display panel factory in China, people familiar with the matter told Reuters, as demand for the product wanes amid an intensifying U.S.-China trade war.

A sale would come at a delicate time for Foxconn, which has extensive investments in China, a large roster of U.S. clients that includes Apple Inc, and is having to navigate a tricky path amid the protracted trade war between Washington and Beijing. It would mark one of its largest divestments from China. Nana Assenso stands at the grave of his uncle, remembering the man he loved but also a past that has haunted his family for generations.

His uncle was called Kwame Badu, a name that has been passed on through the family in remembrance of an ancestor with that name who was captured and sold into slavery long, long ago.

Source: Retracing a slave route in Ghana, 400 years on | The Wider Image | Reuters 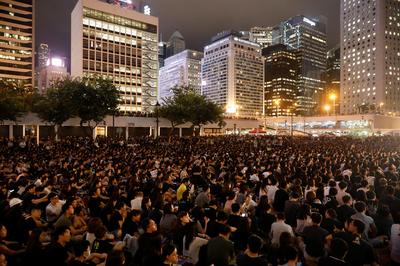 Thousands of Hong Kong civil servants rallied on Friday night to support protesters and urge authorities to rebuild confidence in the government as escalating protests rock the Asian financial hub.

The rally is the first time government employees have promoted a demonstration in Hong Kong. Hordes of civil servants assembled peacefully with protesters in the heart of the business district, many in black masks to hide their identity. 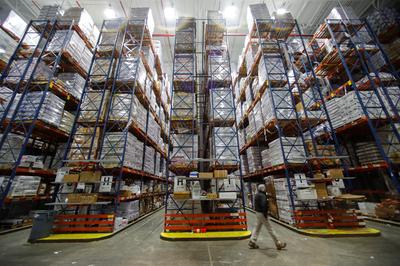 With U.S. President Donald Trump’s announcement on Thursday of tariffs on another $300 billion of Chinese imports, nearly all goods from China will be subject to import taxes, and Trump says they generate billions of dollars in revenues for the U.S. Treasury from China.

But that is not how tariffs work. China’s government and companies in China do not pay U.S. tariffs directly. Tariffs are a tax on imported products and are paid by U.S.-registered firms to U.S. customs when goods enter the United States.

Importers often pass the costs of tariffs on to customers – manufacturers and consumers in the United States – by raising their prices. U.S. business executives and economists say U.S. consumers foot much of the tariff bill.

Black voters make up about 20% of the Democratic vote nationwide, and they are an increasingly critical component of the party’s electoral coalition.

Because they often vote as a bloc, the Democrat who carries black voters usually wins the nomination.

On Wednesday three candidates in particular were vying for their support: Biden, who has community support because of his partnership with President Obama; Harris, who has sought to build a base of black women; and Senator Cory Booker, the former mayor of Newark, N.J., who has emphasized criminal-justice reform.

A Quinnipiac poll released Monday found Biden leading with support from 53% of black voters, with all of his opponents trailing in the single digits.

But the voters sitting on folding chairs watching the debate didn’t necessarily seem pulled towards any of them.

Source: What It Was Like to Watch the Democratic Debate in Flint, Michigan | Time

James Mueller, the mayoral candidate, argues that as South Bend’s economy has improved, the Buttigieg administration has already pivoted toward better distributing the prosperity: Last year, in an effort to address the transportation challenges afflicting some 10,000 low-income South Bend residents, the city came up with a pilot program, in conjunction with local employers, that provided free ride-shares to help people get to work.

In his first year as mayor, Buttigieg implemented an aggressive blight reduction initiative in the city’s struggling neighborhoods, promising to demolish or rehabilitate 1,000 abandoned homes in 1,000 days.

But Powell on Wednesday reversed course, announcing America’s first rate cut in more than 10 years. The move was widely expected but considered controversial given the country’s low unemployment and healthy labor market. Two of Powell’s 10 colleagues on the Federal Open Market Committee dissented, the most to defect on a policy decision during his tenure.

Although Fed officials diverged on the necessity of the first U.S. rate reduction since the Great Recession, several policy spectators suggested the White House factored into the proceedings – particularly with its rhetoric and involvement in ongoing trade spats.

“So you have a political economy coming into play. It’s not just pure economics anymore,” says Steve Rick, a director and chief economist at CUNA Mutual Group.