The U.S. Army is struggling to staff, train, and equip its new cyber and electronic warfare units, and officials haven’t assessed how those challenges will affect the Pentagon’s digital capabilities, according to a congressional watchdog.

In recent years, the Army has been rapidly expanding its cyber capabilities to stay ahead of the growing digital threats posed by adversaries like Russia and China, but the Government Accountability Office found the service is having a tough time keeping up with its ambitious plans.

Source: The US Army Is Struggling to Staff Its Cyber Units: GAO – Defense One

The Hong Kong protests represent a first major test for the Chinese government’s nascent social media operation. It’s not known how many people are involved, but at least one estimate cited by cybersecurity and intelligence company Recorded Future in March said that a half million people in China could be working for the government to influence Chinese speakers around the world. The report estimated that 18 percent of the social media posts in China came from government sources.

Despite the size of the Chinese social media manipulation operation, evidence from Twitter and Facebook suggests it’s not yet very sophisticated.

With the test-launch of a ground-based missile that flew more than 500 kilometers, the United States strode boldly into a future that past leaders had tried to avoid.

Source: The US Just Launched a Long-Outlawed Missile. Welcome to the Post-INF World – Defense One 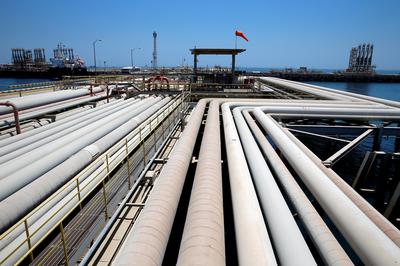 Saudi Aramco’s biggest asset could also be a liability.

The state energy giant’s vast oil reserves – it can sustain current production levels for the next 50 years – make it more exposed than any other company to a rising tide of environmental activism and shift away from fossil fuels. 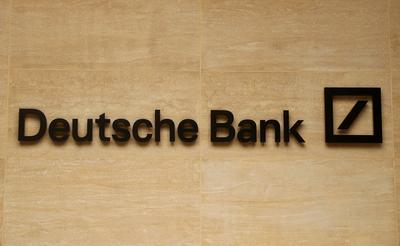 In an attempt to draw a line under years of scandals and heavy losses, Sewing is pulling back from investment banking and rebuilding Deutsche Bank’s (DBKGn.DE) corporate division by deepening existing relationships and attracting clients beyond its traditional blue-chip customers.

But when Deutsche has tried to expand its business with Zalando by offering to hold more of its cash for free, rather than charging a fee, Zalando (ZALG.DE) has declined.

The company, whose revenue has grown to 5 billion euros ($5.6 billion) in the 11 years since it was founded, wants to continue to spread its risk by leaving its cash with a wide range of institutions, sometimes for a fee. 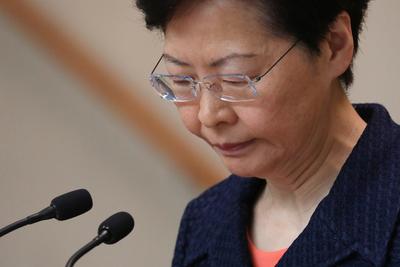 Hundreds of thousands of protesters rallied peacefully in torrential rain on Sunday in the eleventh week of what have been often violent demonstrations.

“I sincerely hope that this was the beginning of society returning to peace and staying away from violence,” Lam said.

“We will immediately start the work to establish a platform for dialogue. This dialogue, I hope, will be based on a mutual understanding and respect and find a way out for today’s Hong Kong.”

For more than a week, the young men of Soura, a densely populated enclave in Kashmir’s main city of Srinagar, have been taking turns to maintain an around-the-clock vigil at the entry points to their neighborhood.

Soura, home to about 15,000 people, is becoming the epicenter of resistance to Indian government plans to remove the partial autonomy that was enjoyed by Jammu and Kashmir, the country’s only Muslim-majority state.

The enclave, which has effectively become a no-go zone for the Indian security forces, is now a barometer of the ability of Prime Minister Narendra Modi’s Hindu-nationalist government to impose its will in Kashmir after its dramatic move on Aug. 5 to tighten its control over the region.

I have been highly skeptical of this year’s peace talks, even though they have been led by the wily and wise Ambassador Zalmay Khalilzad (an Afghan-born American who was President George W. Bush’s envoy to Iraq, Afghanistan, and the United Nations).

The Taliban’s abject unwillingness to meet with representatives of the elected and constitutionally-legitimated government of President Ashraf Ghani, together with the belief of the Taliban leadership that America wants out and will use the peace talks as a fig leaf to cover a retreat from the country, provided grounds for extreme caution.

President Trump’s announcement last December that he would soon cut the U.S. troop presence in the country in half, unconditionally and abruptly, was one of the two issues that apparently sparked the resignation of Secretary of Defense Jim Mattis — and revealed the president’s apparent true intentions about a mission he never really supported in the first place.

Source: Is the Afghanistan deal a good one?

Twenty-three Texas towns have been struck by a “coordinated” ransomware attack, according to the state’s Department of Information Resources.

Ransomware is a type of malicious software, often delivered via email, that locks up an organization’s systems until a ransom is paid or files are recovered by other means.

In many cases, ransomware significantly damages computer hardware and linked machinery and leads to days or weeks with systems offline, which is why it can be so costly to cities. The German economy could slip into a technical recession in the third quarter after failing to recover over the summer, the Bundesbank said on Monday.

In a monthly report, the Bundesbank said falling industrial production and orders would likely lead to a continued shrinkage in the period from July to September, after Germany saw a drop of 0.1% from April to June.

This would mean the economy would fulfill the definition of a technical recession, which is two consecutive quarters of negative growth.