Ten Democratic presidential candidates squared off at a debate on Thursday night in Houston, where divisions over the path forward for the party were on full display.

Source: Democrats debate in Houston: Who came out on top? | TheHill

This city in North India known for schools that prepare students for admission to top colleges has an image problem. In recent years it has gained notoriety as a place for student suicides.

In August, a 16-year-old boy who came to Kota to prepare for an engineering entrance exam was found dead, hanging from the ceiling fan in his room. An accompanying note indicated that he was depressed, according to Mahesh Singh, a police officer on the case.

The boy is one of 85 students authorities say have committed suicide in Kota since 2013 amid grueling study schedules, extreme pressure to succeed, and the stigma attached to poor performance.

Now, a group of residents, backed by the city’s largest so-called cram school, is trying to promote Kota as “Happiness City,” organizing entertainment for students, motivational talks, and launching a “Happiness Card” that offers discounts at local shops.

Source: Indian City Tries to Change its Image as a Center of Student Suicides | Best Countries | US News

A century before Japanese riders ever saw a bullet train, it was the U.S. that led the world in railroad infrastructure. In the 1860s, the completion of the Transcontinental Railroad facilitated the growth of California and the West. A few decades later, a locomotive in New York became the first train in the world to surpass 100 miles per hour; at its peak, in 1916, the country’s network extended more than 250,000 route-miles.

But while other nations continued investing in train travel, including in multibillion-dollar high-speed projects, American passenger rail atrophied. The fall was dictated both by the rise of the interstate system and the free market: While tracks and other infrastructure are typically nationalized elsewhere, American railroads – unlike American freeways or American airports – are privately owned. (The passenger service Amtrak, which began in 1971, is government owned.)

“As a country,” says Harnish, “we’ve been letting that network decline now for over a century.”

The four top candidates vying to be named the Democratic nominee for president may have strong support among members of their own party, but all are finding themselves more disliked than liked across the broader political spectrum, according to recent polling – findings that underscore the deep polarization and calcification of American politics compared to recent election cycles.

Sen. Elizabeth Warren of Massachusetts, despite being supported by a commanding 77% of Democrats and Democratic-leaning independents, has a favorable impression among national registered voters of just 41% – a share no greater than those who view her unfavorably, according to a poll released this week by the Marist College Institute for Public Opinion for NPR and PBS NewsHour.

Sen. Bernie Sanders of Vermont is liked by only 38% of national voters – and disliked by 55%, according to the same poll. Sen. Kamala Harris of California hasn’t even won over a third of national voters, while another 42% view her unfavorably.

That was the theme of this week’s Congressional Hispanic Caucus Institute conference in Washington, D.C., and the message could not have been more clear.

It was meant to empower the mass of Latino leaders assembled to discuss issues affecting their community. It was a strong statement that Hispanics want to make sure they are all included in the 2020 U.S. Census. And it was a direct telegram to presidential hopefuls that Latinos are a pivotal political force in the 2020 elections, and they expect candidates to show up, pay attention and earn the votes of a group projected to be the single biggest minority voting block (13%) within the American electorate next year.

Just three of the 10 Democratic presidential candidates invited to address the group showed up to make their respective cases to the assembled Latino influencers, a number of whom wondered aloud, with disappointment, why they didn’t warrant more attention.

Source: How Democrats Can Court Hispanic Voters: Show Up | America 2020 | US News 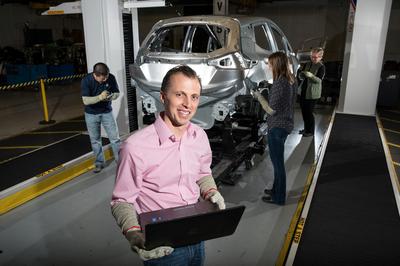 Large pickup trucks that tow most of the profits in to Ford Motor Co and General Motors Co are holdovers from another century – with heavy ladder frames and big internal combustion engines in the front driving the wheels in the back.

Now, Ford and GM are racing to design radical new takes on their most profitable models, replacing petroleum-fueled engines with batteries in a bid to outflank Tesla Inc’s plan to eclipse their brands. Ford’s F-150 pickup and GM’s Chevrolet Silverado are the top selling vehicles in the U.S. market. 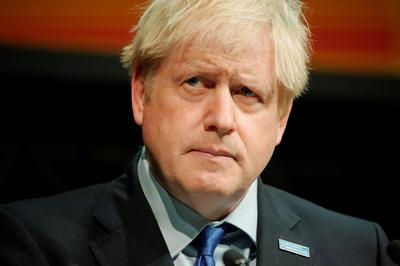 British Prime Minister Boris Johnson said on Friday there was “the rough shape of a deal to be done” over Brexit, as he prepared to meet European Commission President Jean-Claude Juncker in a renewed push to reach an agreement.

But Irish Prime Minister Leo Varadkar played down the prospects, saying the gap between Britain and the EU remained “very wide” and he doubted Johnson could make the compromises needed to get a deal and have it ratified by UK lawmakers. 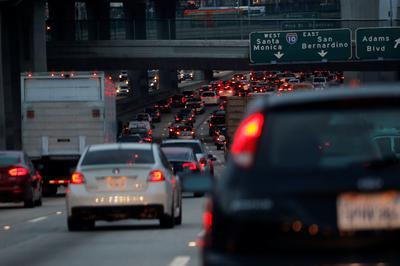 The Trump administration is moving forward with a plan to revoke California’s authority to set its own vehicle greenhouse gas standards and declare that states are pre-empted from setting their own vehicle rules, three people briefed on the matter said on Thursday.

President Donald Trump met with senior officials on Thursday at the White House to discuss the administration’s plan to divide its August 2018 proposal to rollback Obama era standards through 2025 and revoke California’s waiver under the Clean Air Act to set state requirements for vehicles, the people said. 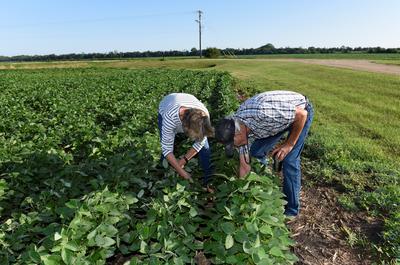 Both farmers’ sales have taken heavy blows in Trump’s trade war with China. Neither understands why the U.S. Department of Agriculture (USDA) is giving Hagood so much more than Jensen – who grows the nation’s most valuable agriculture export crop, of which China had been the biggest buyer.

“I’m grateful,” Hagood, 64, said of the aid. “But honestly, I’m not sure anyone really understands how this is working right now.” 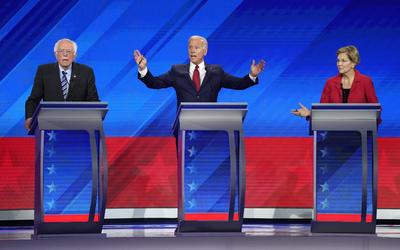 Democratic presidential front-runner Joe Biden clashed with progressive challengers Elizabeth Warren and Bernie Sanders on healthcare in a debate on Thursday, defending Obamacare and pushing them to be honest about the cost of their plans.

With the top 10 Democratic candidates sharing the debate stage for the first time, they focused more on their shared opposition to Republican President Donald Trump and pared back some of the bickering that marked the first two debates this summer.