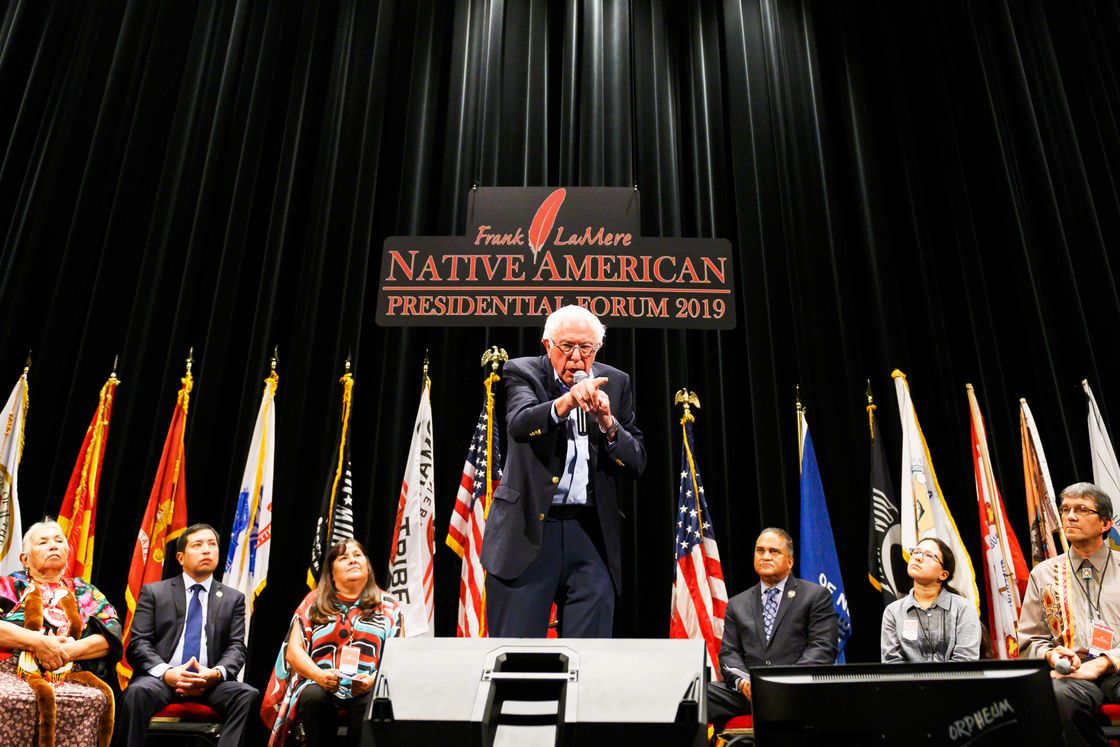 “‘We the people’ has never meant ‘all the people.’”

What long-unfulfilled promises to Indigenous peoples can presidential candidates actually make good on? Where do we go from here?

There is no easy answer as to how to improve the over-400-year relationship between Indigenous peoples and the United States.

In part, because Indian Country is so diverse. There are more than 5.2 million American Indian and Alaska Native people who live in America and 573 federally recognized Indian nations across the country, each with distinctive histories of colonization since European contact.

Source: Native American treaties: What it would mean if the US honored them – Vox

During President Trump’s second trip, in 2018, delegates openly laughed at his boast to the General Assembly: “In less than two years, my administration has accomplished more than almost any administration in the history of our country.”

Now, in 2019, President Trump cannot afford evasion or ridicule. He needs the United Nations on Iran, and he seems to know it.

Arguably, the Sept. 14 attacks on Saudi infrastructure was exactly the sort of incident that the United Nations was created to address.

In the words of the UN Charter, the organization seeks “to take effective collective measures for the prevention and removal of threats to the peace,” and to suppress “acts of aggression or other breaches of the peace.”

This is not the president’s first instinct.

Source: On Iran, Trump Needs UN Help. He May Even Know it. – Defense One

For all of the uncertainty of the Trump administration’s nearly three years in power, genuine international crises have been rare. That’s changing right now.

The attack a week ago on Saudi Arabia’s massive Abqaiq oil field took offline half of the country’s oil production—some 5 percent of global output. The drone and missile salvo has the hallmarks of Tehran, and with top administration officials pointing to Iranian culpability, the world is watching to see if and how the United States responds.

Source: The Most Dangerous Moment of the Trump Presidency – Defense One

Speaker Nancy Pelosi (D-Calif.) is holding firm against impeaching Donald Trump, even as she comes under fresh pressure from frustrated progressives to take a stand on the president’s alleged political pressure campaign on Ukraine.

Reports that Trump in a July call pressured Ukraine President Volodymyr Zelensky to investigate former Vice President Joe Biden and his son Hunter Biden are raising howls from Democrats, who are casting it as Trump’s most egregious act in a long string of controversies.

But the startling new developments have not appeared to change Pelosi’s strategy on impeachment, a path she’s warned could be politically perilous for her party in 2020.

The Air Force released an overview of its 10-year “Cyber Warfare Flight Plan” Sept. 18, which attempts to fuse all of the best parts of electronic, cyber, and information operations.

When John Bolton was named National Security Adviser last year, one of his first official acts was to eliminate the White House Cybersecurity Coordinator position, arguing it was duplicative and unnecessary. With Bolton out and Robert O’Brien named as his successor, speculation has drifted to whether the position might be restored.

Whether that indeed happens or not, the Department of Homeland Security’s top cyber official told reporters during a Sept. 19 briefing in Maryland that his own agency was seeking to take up that mantle, or at least parts of it.

In “The Uninhabitable Earth: Life After Warming,” David Wallace-Wells paints a frightening picture of the coming environmental apocalypse. Whole parts of the globe will become too hot for human habitation and those left behind will die of heat. Diseases will increase and mutate.

Food shortages will become chronic as we fail to move agriculture from one climate to another. Whole countries like Bangladesh and parts of other countries like Miami will be underwater.

Shortages of fresh water will affect humans and agriculture. The oceans will die, the air will get dirtier.

“But,” as Wallace-Wells argues, “what lies between us and extinction is horrifying enough.”

That’s because, as climate change takes its toll on Earth’s physical planet, it will also cause social, economic, and political chaos as refugees flee areas that can no longer sustain them. 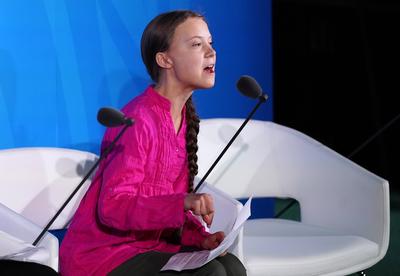 The Swedish campaigner’s brief address electrified the start of a summit aimed at mobilizing government and business to break international paralysis over carbon emissions, which hit record highs last year despite decades of warnings from scientists.

“This is all wrong. I shouldn’t be up here. I should be back in school on the other side of the ocean yet you all come to us young people for hope. How dare you?” said Thunberg, 16, her voice quavering with emotion. 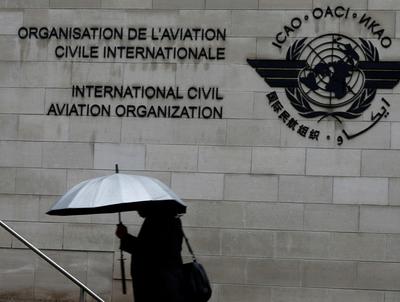 A global deal to curb carbon emissions from flying will take center stage when the U.N. aviation agency’s triennial assembly opens on Tuesday in Montreal under the shadow of protests led by Swedish activist Greta Thunberg later in the week.

The International Civil Aviation Organization (ICAO), which holds an assembly every three years, set out a major climate initiative at its last full gathering in 2016, but aviation leaders are under pressure to do more after overall carbon emissions hit record highs last year. 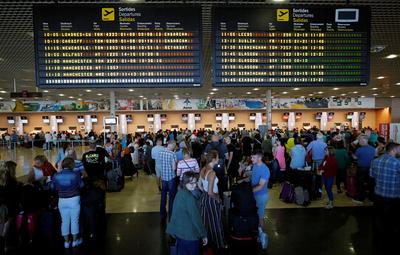 After the collapse of Thomas Cook left tens of thousands of Britons reliant on the government to bring them home, Prime Minister Boris Johnson questioned whether the travel firm’s bosses should have paid themselves so much ahead of its demise.

Running hotels, resorts and airlines for 19 million people a year, Thomas Cook currently has around 600,000 people abroad and will need the help of governments and insurance firms to bring them back from places as far afield as Cancun, Cuba and Cyprus.