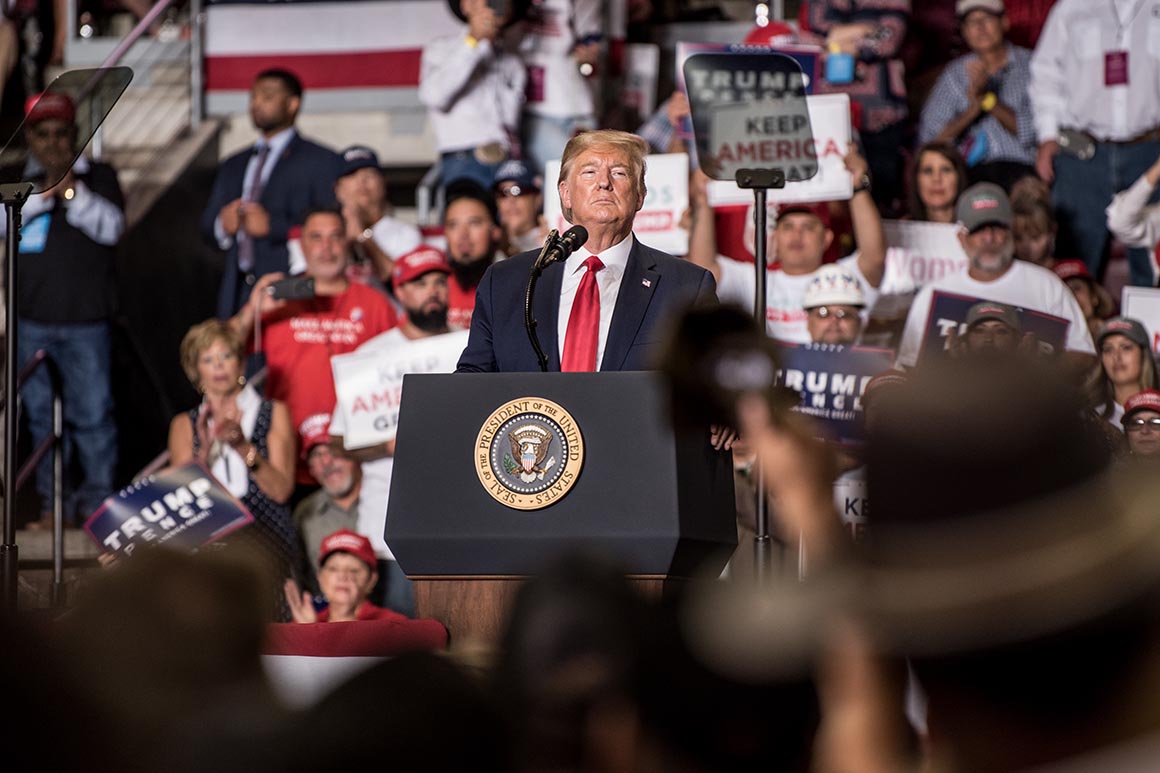 Donald Trump’s campaign aides expected months ago that Democrats would try to impeach the president — and he needed a way to exploit it.

So this summer, Trump 2020 officials spliced news clips of Democrats discussing impeachment into a 90-second video montage, punctuated by the president imploring supporters to help him “stop this nonsense.” Aides quietly filed the spot away until last week, when it was released as part of an online counteroffensive to the impeachment push that brought in 50,000-plus new donors and raked in $8.5 million in two days — the campaign’s biggest digital haul since its June launch.