The astounding number of deaths attributed to Mao, more than the entire populations of all but a few countries in the world, makes him the greatest mass killer in human history.

Some will argue that Mao was an aberration and it is unfair to condemn the Chinese Communist Party (CCP) for his excesses in the 1960s and ’70s. Yet it is inconveniently true that his Thought and Teachings are still revered as gospel in communist doctrine today; his embalmed body lies in state in Beijing’s Tiananmen Square; and his portrait dominates that special space at China’s governmental epicenter.

China’s present leader, Xi Jinping, differs from his post-Mao predecessors only in the frequency of his explicit invocations of Maoism, not his adherence to its ruling philosophy.

Source: After 70 years, Chinese Communism threatens the world more than ever | TheHill

China’s newest weapons were on display Tuesday at the massive military parade staged in Beijing to mark the 70th anniversary of Communist rule. China watchers noticed a new emphasis on airborne and naval drones and the public unveiling of a new hypersonic missile and a new ICBM.

The parade offered the first clear look at the supersonic DR-8 spy drone, which  “would be expected to play a key role should there be a conflict with US aircraft carrier strike groups in the South China Sea or Western Pacific,” wrote the South China Morning Post.

Ukrainian President Volodymyr Zelenskiy and Kyiv should take care, lest their country become a political football in America’s domestic politics. That holds nothing but risk for Ukraine.

Source: The dueling US foreign policy approaches to Ukraine pose a risk for Kyiv

The specter of Jamal Khashoggi hangs over the Kingdom of Saudi Arabia. The murdered journalist and commentator has not been forgotten, as Crown Prince Mohammed bin Salman hoped. The kingdom’s 75-year old security relationship with the U.S. has been damaged by the crown prince’s decision to kill Jamal; that relationship may not survive intact.

Khashoggi was lured to the Saudi consulate in Istanbul, Turkey by the Saudi foreign ministry to get documents for his planned marriage. Waiting inside was a hand-picked team of assassins dispatched to Istanbul for the explicit purpose of killing him. The United Nations special rapporteur who investigated the murder concluded that it was an official state act and that there was reason to investigate the role that the crown prince might have played individually.

The report has a very dramatic theme and recommendation.

If the project is mission-critical and will require significant changes in agency business processes, the buck really stops, the report opines, with senior government executives, at the agency head or deputy level. “Much of the cause of project failure is actually unrelated to the IT department itself or to the technology,” Kost and Howard write.

“More often, it is the unwillingness or inability of senior government executives to engage in effective decision making.”

Source: Maybe you should re-think that big IT transformation effort — FCW 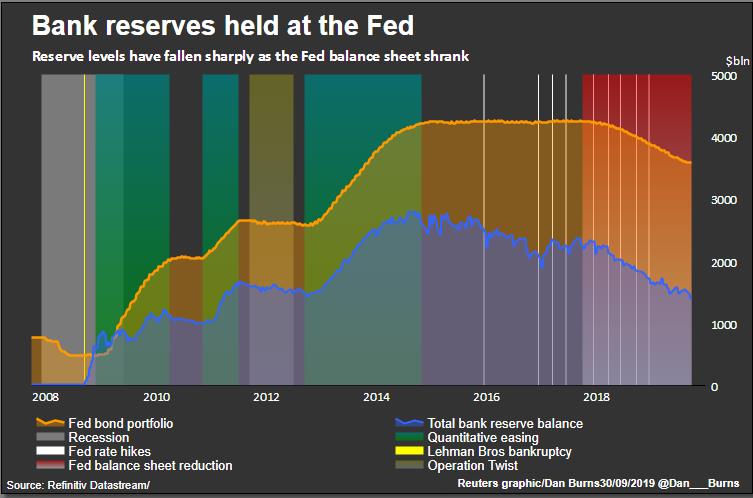 JPMorgan Chase & Co (JPM.N) has become so big that some rival banks and analysts say changes to its $2.7 trillion balance sheet were a factor in a spike last month in the U.S. “repo” market, which is crucial to many borrowers.

Rates in the $2.2 trillion market for repurchase agreements rose as high as 10% on September 17 as demand for overnight cash from companies, banks and other borrowers exceeded supply.

While not seen as an sign of distress as it was during the collapse of Bear Stearns and Lehman Brothers in 2008, the spike did prompt the U.S. Federal Reserve to promise to lend at least $75 billion each day until Oct. 10 to relieve the pressure. 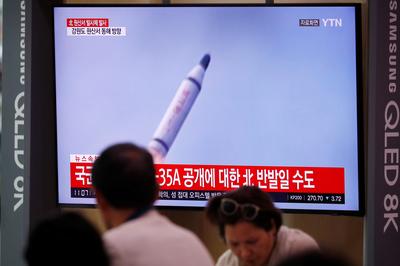 North Korea fired what may have been a submarine-launched ballistic missile from off its east coast on Wednesday, a day after it announced the resumption of talks with the United States on ending its nuclear program

If confirmed, it would be the most provocative test by North Korea since it started the talks with the United States in 2018. Analysts said it was likely a reminder by Pyongyang of the weapons capability it had been aggressively developing as it gears up for the new round of talks. 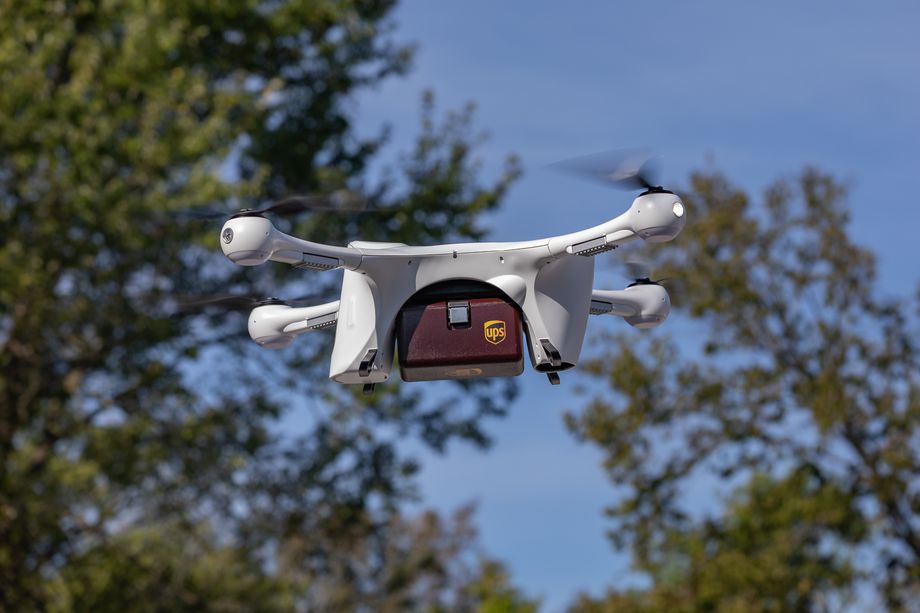 UPS announced that it has received government approval to operate a “drone airline.”

Don’t expect your next package to arrive directly on your doorstep by a drone, though: UPS says it will first use this certification to build a drone delivery network for hospital campuses around the US.

UPS said in July that it was seeking permission from the Federal Aviation Administration to operate the network, and today, it got just that.

Source: UPS just won FAA approval to fly as many delivery drones as it wants – The Verge 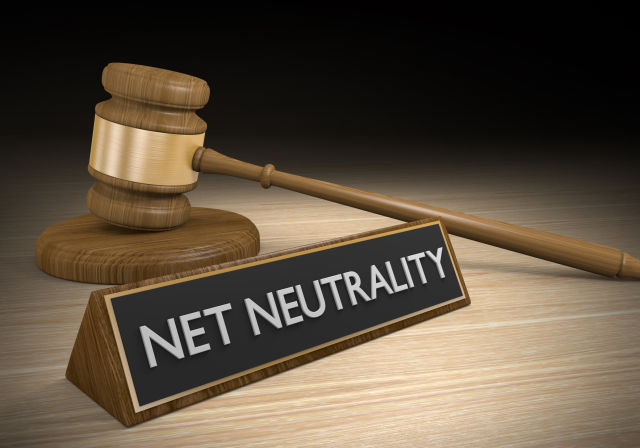 “We uphold the 2018 Order, with two exceptions,” the judges’ ruling said.

The FCC “ignored binding precedent” when making its preemption order, and “that failure is fatal” to the preemption, judges wrote.

The ruling does not prevent the FCC from trying to preempt state laws on a case-by-case basis. But the FCC can’t preempt all state net neutrality laws in one fell swoop, judges ruled. The Organization of the Petroleum Exporting Countries (OPEC) is a bloc of fourteen oil-rich member states spanning the Middle East, Africa, and South America. Combined, the group controls close to forty percent of world oil production. This dominant market position has at times allowed OPEC to act as a cartel, coordinating production levels among members to manipulate global oil prices.

OPEC’s golden era occurred in the 1970s, when the United States became increasingly reliant on foreign oil as a result of rapid economic growth. Ever since, U.S. presidents from Gerald Ford to Donald J. Trump have railed against the oil cartel as a threat to the U.S. economy.

In recent years, several challenges to OPEC’s influence have come to the fore, including divisions within its membership, the emergence of the United States as a major oil exporter, and the global shift to cleaner energy sources. Strained relations between the United States and Saudi Arabia, OPEC’s largest exporter, might also test the bloc in the coming years.

Source: OPEC in a Changing World | Council on Foreign Relations