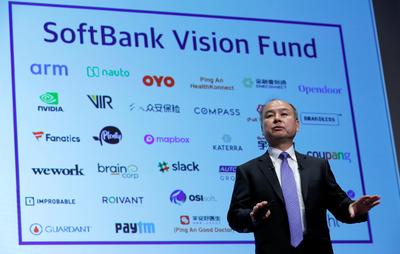 SoftBank Group founder and CEO Masayoshi Son is struggling to raise money for a second massive technology investment fund in the wake of the failed public offering of office-rental company WeWork and sliding valuations of other major investments, according to two people familiar with the situation.

British Prime Minister Boris Johnson will send a letter to the European Union asking for a Brexit delay if no divorce deal has been reached by Oct. 19, according to government papers submitted to a Scottish court. 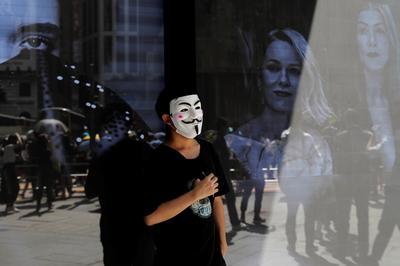 The United Nations human rights office said on Friday that any new government measures to cope with protests in Hong Kong must be grounded in law and protect the right to freedom of assembly.

Any use of force should be exceptional and only in compliance with international standards, including the principles of necessity and proportionality, U.N. human rights spokeswoman Marta Hurtado told a Geneva briefing. 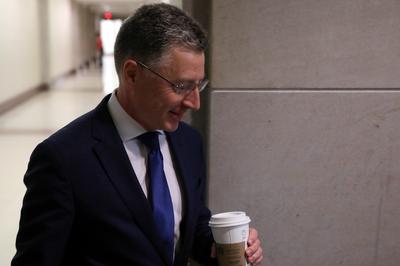 A top U.S. diplomat in Ukraine thought it was “crazy” to withhold military aid for the country as it confronted Russian aggression, according to evidence presented on Thursday in an impeachment probe of President Donald Trump.

Trump’s former special representative for Ukraine negotiations, Kurt Volker, testified on Thursday for more than eight hours to members of the U.S. House of Representatives and staff of the House Foreign Affairs, Intelligence and Oversight Committees.

All of these incidents raise important questions. Are small drones now capable of holding commercial aviation, and perhaps even Middle East security and the global oil supply, hostage? Is there any defense against their menacing impacts? Or is the threat overblown? The short answer is that drones, while hard to defend against, are a weapon of disruption rather than massive destruction.

The fundamental problem of defending against drones is that air defenses are geared toward the detection of larger aircrafts and other weapons, like ballistic missiles, which are inherently more threatening because they have higher payloads.

Source: Does Deterrence Work Against Drones? 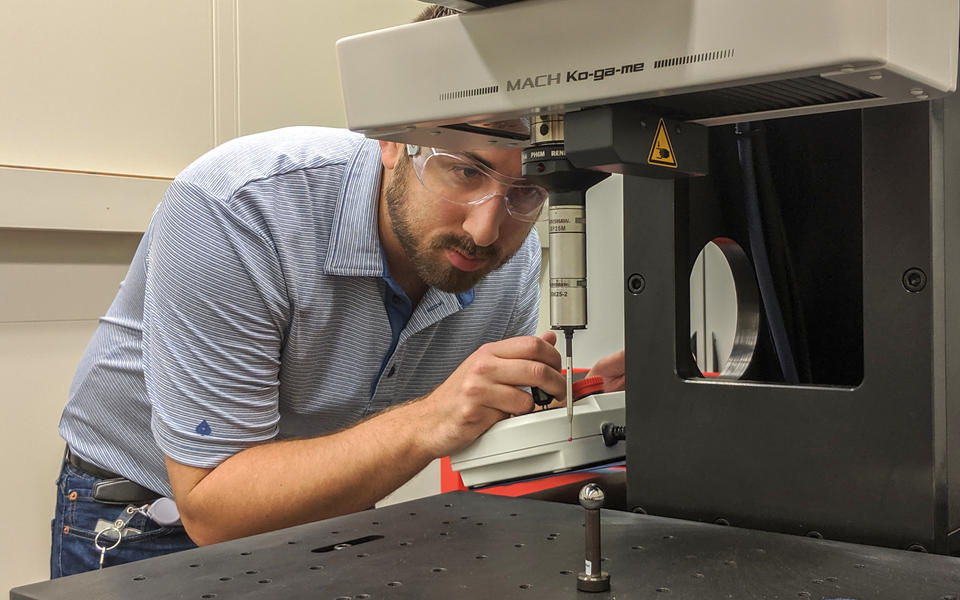 “How do we get smart?” I was first asked this question while sitting in on a call with a small manufacturer who supplied parts for automotive manufacturers. With all the buzz around “smart manufacturing,” this manufacturer wanted to join the movement.

The problem was that its leaders didn’t know where to start.

They said they only had documents capturing the history of each maintenance event in the facility. These “textual maintenance work orders” were hardly useful due to their unstructured, jargon-filled nature. At the time they were right; this data in its natural form seemed useless.

However, when my colleagues and I in the Information Modeling and Testing Group manually analyzed the data, we discovered a treasure trove of hidden information. Hydraulic leaks had occurred more than 40 times in three months, but they were going unnoticed because technicians wrote down “hyd leak” or “hydraulics were leaking” or “hydaurlic (sic) burst and leak.”

They were not noticing that a maintenance technician only worked on cleaning the base of a machine because they wrote down “clean base,” “base clean,” or “cleaned base.”

After we presented this information to the company’s leaders, they realized they had the data to become “smart,” but they still could not perform the analysis.

After we spoke with other manufacturers, both big and small, and with other experts across various industries from mining to heating, ventilation, and air conditioning (HVAC), we realized this problem of obtaining value from maintenance work orders (MWOs) was ubiquitous.

Source: When a Manufacturer Asks ‘How Do We Get Smart?’ | NIST 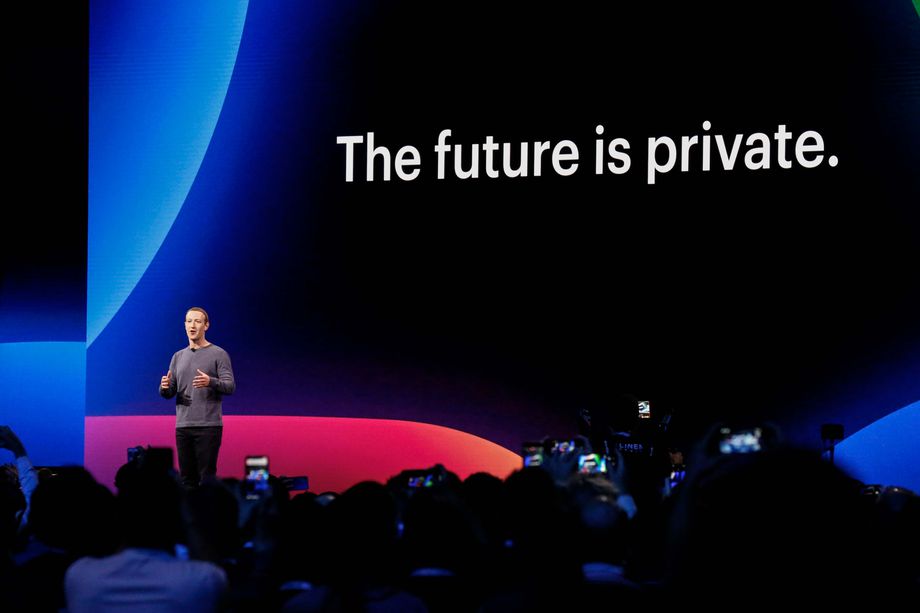 Mark Zuckerberg says he’s convinced that the future of Facebook is private. He now has the first test of that conviction.

The Justice Department is preparing to ask Facebook to slow down its plan to encrypt its messaging services across its platforms, setting up a possible standoff between Facebook and the federal government. Facebook has made this encryption a centerpiece of its corporate future, both as a business strategy but also as a way to position Facebook as friendly to its users amid new scrutiny from privacy activists and regulators.

But it turns out that the federal government isn’t happy with this.

Source: Bill Barr is about to test Mark Zuckerberg’s commitment to privacy – Vox

An enraged President Trump is leaving no stone unhurled as he fights back against possible impeachment.

But there are big questions about whether Trump’s scorched-earth approach can work with voters beyond his loyalist base. And even some Republicans worry that new, damaging information may yet emerge.

Source: The Memo: Trump’s rage may backfire on impeachment | TheHill

Trump and his administration are under increasing pressure from House Democrats, who have lost patience with what they see as a failure to cooperate with their constitutionally-protected investigations. The disclosure that Trump asked Ukrainian president Volodomir Zelenskiy for the “favor” and raised the issue of investigating the Bidens as well as a company involved in the investigation of interference in the 2016 elections, led Pelosi to launch an “impeachment inquiry” last week.

The House will subpoena documents from the White House this week or next, Schiff told reporters. Democrats are also “deeply concerned about Secretary Pompeo’s effort now to potentially interfere with witnesses whose testimony is needed before our committee,” Schiff said, referring to Pompeo’s letter saying efforts to depose State Department employees constitute an “attempt to intimidate, bully, and treat improperly, the distinguished professionals of the Department of State.”

Civilians at the Pentagon who specialize in military decision-making warned earlier this spring about the optics of a plan to deploy 1,500 U.S. troops to the Middle East following intelligence assessments that Iran posed new, dangerous threats to Americans and their allies in the region.

Despite subsequent assurances from the Pentagon that the surge would serve only to protect U.S. forces in the Middle East – and did not represent some sort of buildup ahead of a preemptive attack against the Islamic Republic – members of the civilian policy staff in the Office of the Secretary of Defense, known as OSD, expressed deep concern that the high-profile deployment of uniformed troops at a particularly volatile time posed an unnecessary risk of escalation.

But the civilians’ concerns were overruled by the military’s logic: The deployment of more troops served as a necessary bulwark against the increasingly unpredictable threats to American lives. The final decision, which then-acting Secretary of Defense Patrick Shanahan approved, served as yet another example of uniformed military advice winning out.