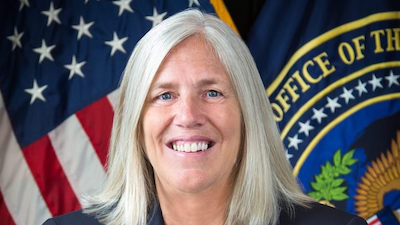 So says Sue Gordon, who recently stepped down as principle deputy Director of National Intelligence (DNI) after being passed over by President Trump to serve as acting DNI.

“We need to be able to use more data, and trust the data we use. That is a really hard thing for us,” Gordon says. ““But if the intelligence community just stays with the data that we understand, in the way that we have, we will not be able to get to the future.” 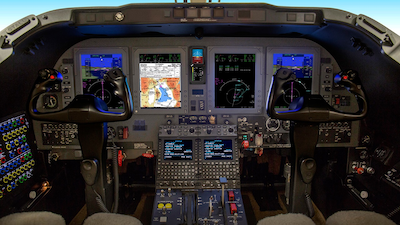 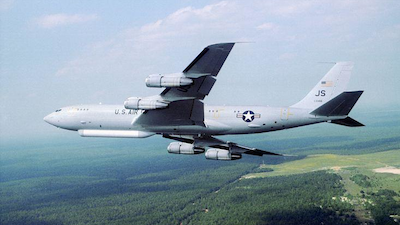 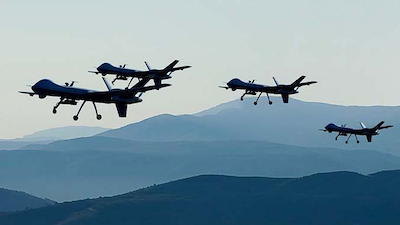 The project seeks to develop a powerful, scalable distributed computer and software development environment that enables secure and trusted collaboration and processing across a heterogeneous mix of autonomous vehicles on low size, weight, and power, and cost (SWAP-C) commercial off-the-shelf (COTS) computer hardware. 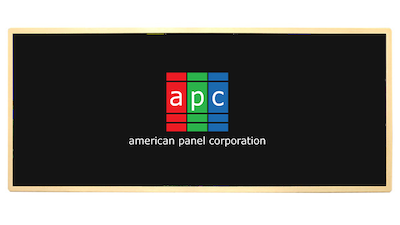 Executives of Mercury Systems Inc. in Andover, Mass., are boosting their company’s expertise in rugged displays for military vehicles and aircraft with their acquisition of American Panel Corporation (APC) in Alpharetta, Ga. 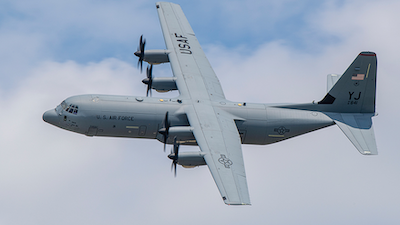 The L3Harris Communications Systems segment in Rochester, N.Y., will provide the L3Harris Falcon Wideband Airborne HF Radio as a prototype for the project. It is a software-defined, digital multi-mode system that meets ARC-190 communication requirements. 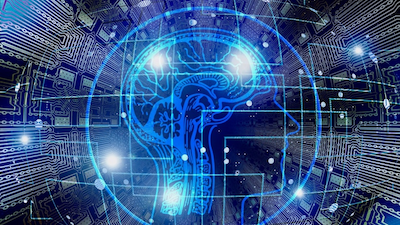 You need powerful computer hardware that can handle high-powered algorithms, without taking up so much space, weight, and power that it can’t fit into a frontline command post, fighter jet, or tank. And that’s not easy.

There’s “a changing demand signal” from the Defense Department, says Bill Conley, the incoming chief technology officer of electronics maker Mercury Systems in Andover, Mass. He should know: He just left government after a career that took him from a Navy laboratory to the U.S. Defense Advanced Research Projects Agency (DARPA) to the Office of the Secretary of Defense, where he was director for electronic warfare.

That’s why the increasingly anxious armed forces are wrestling with so-called grey zone operations and information warfare. A successful response requires far more than the military, the Army’s three-star senior futurist says. It will take a unified effort with civilian agencies and foreign allies.

U.S. law and culture make that extremely difficult to do, Lt. Gen. Eric Wesley acknowledged. But the fog of war is a challenge the Army can’t simply set aside, he said. Letting adversaries muddy the debate can dramatically affect whether and how the military will be employed. 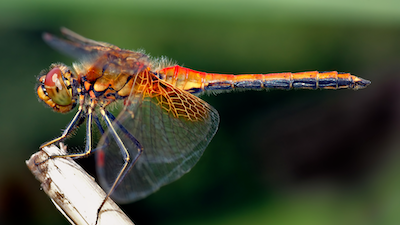 The creatures are able to catch 95 percent of their prey, designating them as one of the world’s top predators. Now, Sandia National Laboratories is researching how it can apply a dragonfly’s technique to missiles, says Frances Chance, a computational neuroscientist at Sandia.

The insects take about 50 milliseconds to react to prey despite their limited vision, Chance noted. The project is part of Sandia’s autonomy for hypersonic research campaign. “They’re very good hunters … but they have limited vision,” she says.

Chance is building a computational model to examine what a dragonfly does when it is intercepting its prey and how its nervous system reacts. 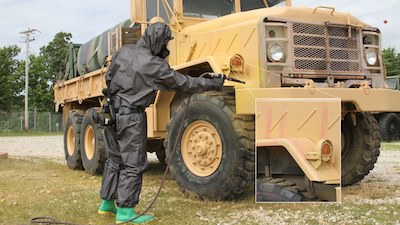 FLIR Agentase C2 spray quickly changes color on a surface if a chemical warfare agent is present. With faster and more targeted detection, military decontamination experts can locate trace levels of contamination on surfaces and precisely mitigate the threat.

“Blister agents like sulfur mustard and nerve agents such as VX and sarin are an ongoing concern to the military,” said David Ray, President of FLIR’s Government and Defense Business Unit.