Surgical readiness in the Military Health Service is fraying fast. A nine-month U.S. News investigation has uncovered mounting evidence that military medical leaders are squandering a valuable wartime asset: the surgeons and surgical teams that save lives on the battlefield and back home.

The investigation is the latest chapter in a continuing U.S. News probe of military health care. Interviews with more than two dozen active-duty and retired military surgeons and a confidential survey of Army surgeons and Pentagon records obtained by U.S. News have found:

The Supreme Court and its nascent conservative majority largely stayed out of the political fray during the last term absent a few key cases involving issues like political gerrymandering. But with the new term beginning Monday, the justices are poised to tackle thornier, partisan subjects with the potential to change the direction of the court in the midst of the 2020 election cycle.

Over the next eight months, the high court will weigh issues that animate both liberals and conservatives with high-profile cases on abortion, gun rights, LGBTQ workplace discrimination and the fate of an Obama-era program that has shielded young immigrants brought to the country illegally as children from deportation. The new court session is likely to leave some kind of mark on the 2020 elections like it has in past cycles.

Beyond the politics and partisanship of the moment, President Donald Trump and majority Democrats in the House of Representatives are colliding in the most extraordinary test of the Constitution’s separation of powers in many years.

“We are heading rapidly towards a constitutional crisis,” David Rothkopf, a political scientist and specialist in international relations, told MSNBC.

This is because Trump doesn’t accept the legitimacy of Congress’s bid to impeach him as sought by House Democrats, and the House under those Democrats won’t back away from efforts to punish him for what critics call abuses of power.

With little fanfare, certainly not the kind on display during his meetings with Kim Jong Un, the bill is coming due for Donald Trump’s diplomacy with North Korea.

More than sanctions, more than summits, what has been most distinctive about that diplomacy is how the president has thoroughly personalized it—whether by measuring his “nuclear button” against the North Korean leader’s when they were at odds or by feeding a narrative that he and Kim alone could resolve the crisis over North Korea’s development of nuclear weapons thanks to their “beautiful” relationship.

The innovation brought hope in some circles that Trump might be able to solve a challenge that has bedeviled U.S. administrations for decades. But now the costs of that approach are becoming clearer.

Source: On North Korea, the Chickens Are Coming Home to Roost – Defense One

Parnas and Fruman, who are both U.S. citizens, are accused of orchestrating a straw donor scheme to circumvent campaign finance laws, partly by funneling $325,000 to a pro-Trump super PAC using a fake energy company they created.

Federal prosecutors also indicted American businessman David Correia and Andrey Kukushkin, who was arrested in California. Correia has not been arrested. 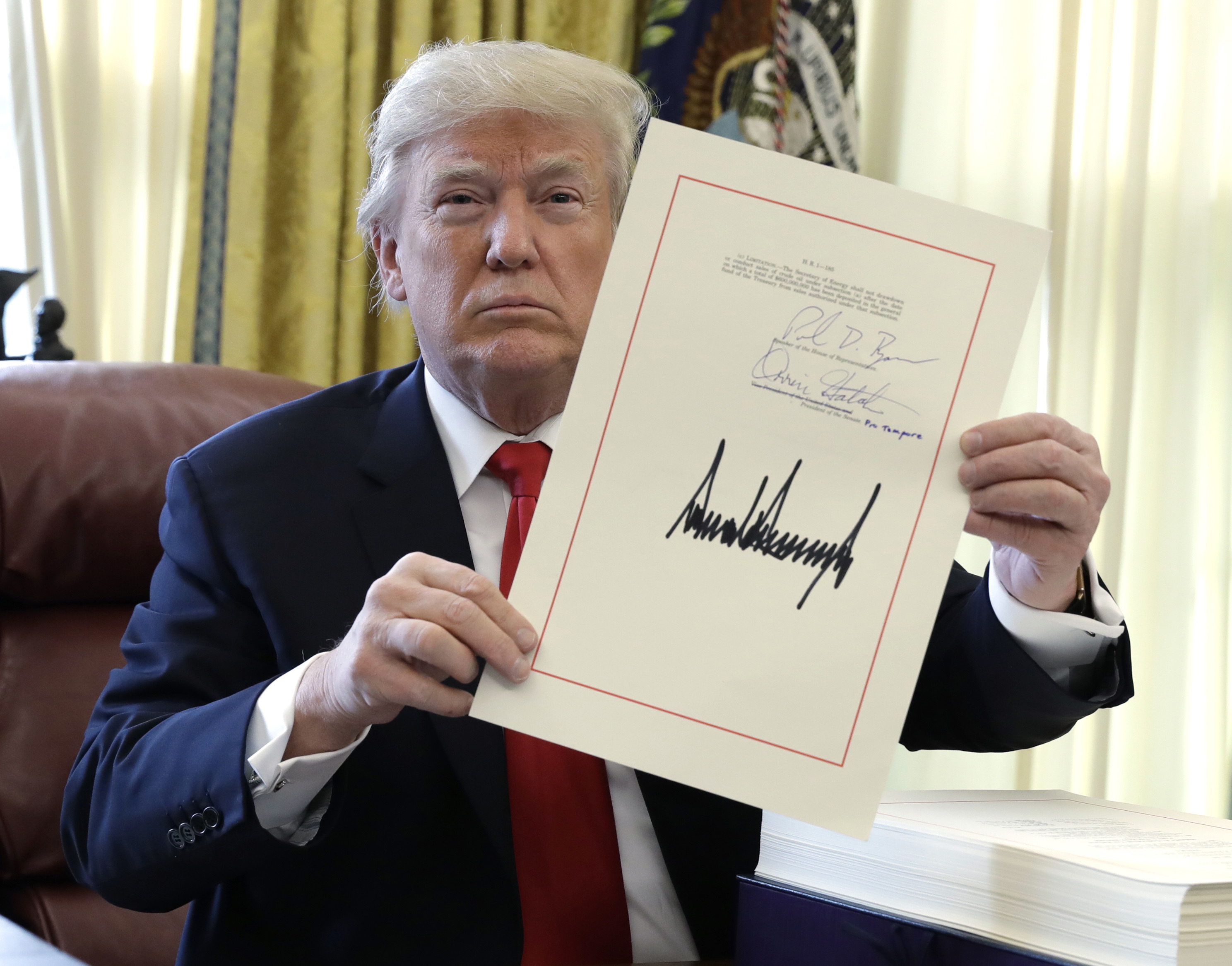 In recent weeks, President Donald Trump has been talking about plans for, as he put it, a “very substantial tax cut for middle income folks who work so hard.”

But before Congress embarks on a new tax measure, people should consider one of the largely unexamined effects of the last tax bill, which Trump promised would help the middle class: Would you believe it has inflicted a trillion dollars of damage on homeowners—many of them middle class—throughout the country?

That massive number is the reduction in home values caused by the 2017 tax law that capped federal deductions for state and local real estate and income taxes at $10,000 a year and also eliminated some mortgage interest deductions.

The impact varies widely across different areas. Counties with high home prices and high real estate taxes and where homeowners have big mortgages are suffering the biggest hit, as you’d expect, given the larger value of the lost tax deductions. But as we’ll see, homeowners all over the country are feeling the effects.

The National Security Agency’s new cyber directorate wants to bridge gaps between government agencies and the defense industrial base, according to the agency’s chief Gen. Paul Nakasone.

“NSA’s new cybersecurity directorate, which opened for business last week, will give us a laser focus on these challenges,” said Nakasone, who also leads U.S. Cyber Command, during an Oct. 9 keynote at the FireEye Cyber Defense Summit in Washington, D.C.

Nakasone named three reasons behind standing up the cybersecurity directorate, which is headed by Anne Neuberger and stood up Oct. 1: to combat an evolving threat landscape, capitalize on ability to set security standards and make vulnerability assessments, and enhance partnerships with Cyber Command, Homeland Security, FBI and industry.

The Cybersecurity and Infrastructure Security Agency is seeking new authorities to issue administrative subpoenas to compel internet service providers to turn over customer information that allows the agency to identify owners of critical infrastructure systems that have identified cybersecurity vulnerabilities.

FCW has confirmed the department has submitted a proposal for legislative language to Congress, and a spokesperson for the House Homeland Security Committee said the committee is currently “vetting the proposal.” The proposal was submitted earlier this year and a briefing at the staff level has taken place. Other sources close to the committees have indicated that not every member has been briefed on or seen the proposal yet.

TechCrunch was first to report on the proposal.

This paper examines the case for national service, highlights the various ways in which that service could unfold, and concludes that large-scale national service is needed in America now.

America’s civic health is in significant decline. The percentage of Americans who say others can be trusted fell from 46 percent in 1972 to just 31 percent in 2016, with 36 percent of whites and 17 percent of Blacks expressing such trust; and, in recent years, trust in the media, government, and the courts has fallen to historic lows.

It is no surprise that communities are fraying in places like Charlottesville, Ferguson and Baltimore, and that America is not fulfilling its potential, as political institutions suffer from partisan gridlock, and the institutions that serve as checks on power and as guarantors of individual rights are increasingly under attack.

The classic population pyramid (with many young and few old people) was typical only 100 years ago. Not anymore. The shape will soon look more like a rectangle, with age cohorts of approximately equal size stretching out to 80 years of life expectancy.

These demographic shifts are also reshaping the perception of age. Historically, until about 2000 years ago, humans only lived for 30 years, which was also the typical lifespan of a forager in the Savannah.

But since the beginning of modern economic growth, sometime between 1850 and 1950 depending on the country, lifespans started to increase rapidly across the world. But because of the pattern of demographic change, with young cohorts expanding more rapidly than older cohorts, most people were in their formative years—children, teenagers, young and mobile.

Those who were married, with a steady job and a settled lifestyle were in the minority. This has now changed.

For the first time ever, there are as many people over the age of 30 as under the age of 30, a tipping point that has profound implications for the global economy.