From the late 19th century up to World War II, Americans were seized by the idea of transforming China into a Christian, capitalist America on the other side of the Pacific Ocean.

The word plastic pops up again and again in American statements about China from that era. China is “plastic” in the hands of “strong and capable Westerners,” announced President Woodrow Wilson in 1914. “China has become plastic after centuries of rigid conventionalism,”declared Selskar M. Gunn, a vice president of the Rockefeller Foundation, in May 1933.

When Morey sent out a tweet that included an image saying, “Fight for freedom, stand with Hong Kong,” China’s government girded itself for a battle with the National Basketball Association. State-owned television and the Chinese internet giant Tencent suspended broadcasts of preseason NBA games.

A slew of Chinese companies announced that they were putting sponsorships with the league on hold. China Central Television issued a statement calling for severe limits on freedom of speech.

And Geng Shuang, a spokesman for the Chinese Ministry of Foreign Affairs, suggested that he expected the NBA to follow the playbook of other corporations and kowtow.

What’s stunning, or pathetic, is that Activision Blizzard made this decision—citing “damages to the company’s image”—on its own, apparently without direction from Beijing, an indication that the firm, like many others, has internalized Chinese values.

Source: China Has Begun to Shape and Manage the US, Not the Other Way Around – Defense One

This order also unleashed unparalleled economic opportunity in the heartland; America served as the engine of global growth typically through vast commercial deals denominated in dollars, written in English and under U.S. laws.

President Trump, however, has poured accelerant on this system, collapsing it with no strategy for a new 21st century global structure that protects national interests, preserves U.S. leadership and reflects American values.

In fact, President Trump has taken steps which unwittingly cede the runway to our global and regional adversaries to challenge American leadership.

Senate Majority Leader Mitch McConnell (R-Ky.) said on Wednesday that the Senate will hold an impeachment trial if the House votes to impeach President Trump.

“Under the impeachment rules of the Senate, we’ll take the matter up. The chief justice will be in the chair … We intend to do our constitutional responsibility,” he said.

Representatives of commercial telecommunications and IT gear told the House Homeland Security Committee that additional liability protections are needed to share information about companies and products they fear might harbor cybersecurity threats.

“What we don’t have is a situation where an organization has a piece of equipment where they discover software or malware or a pattern of activities makes them suspicious” can be shared comfortably among companies, he told committee Chairman Rep. Bennie Thompson, (D-Miss.).

Officials at the Cybersecurity and Infrastructure Security Agency have told lawmakers that there have been at least a half dozen instances over the past year where they have been unable to adequately respond to known cyber risks because they could not identify the owners of vulnerable IP addresses. 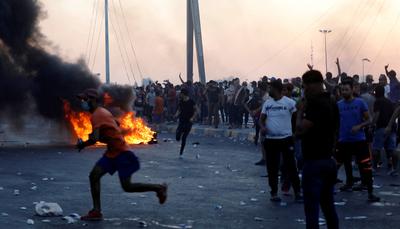 The deployment of militia fighters, which has not been previously reported, underscores the chaotic nature of Iraqi politics amid mass protests that led to more than 100 deaths and 6,000 injuries during the week starting Oct. 1.

Such militias have become a fixture here with Iran’s rising influence. They sometimes operate in conjunction with Iraqi security forces but they retain their own command structures. 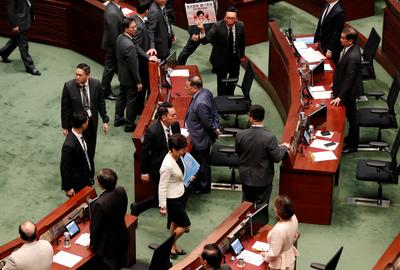 Hong Kong’s parliament descended into chaos on Thursday, with lawmakers dragged out by security guards for heckling leader Carrie Lam as they demanded an inquiry into a brutal attack on a prominent human rights activist ahead of a major rally.

The knife and hammer attack on Jimmy Sham, which left him bloodied and lying in the street on Wednesday night, was designed to intimidate protesters and incite violence ahead of Sunday’s march, pro-democracy lawmaker Claudia Mo told reporters. 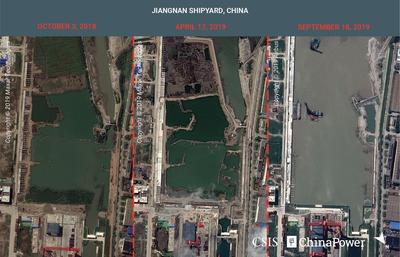 High-resolution satellite images show that the construction of China’s first full-sized aircraft carrier is progressing steadily alongside expansive infrastructure work that analysts say suggests the ship will be the first of several large vessels produced at the site.

The images of the Jiangnan shipyard outside Shanghai were taken last month and provided to Reuters by the non-partisan Center for Strategic and International Studies (CSIS), building on satellite photos it obtained in April and September last year. 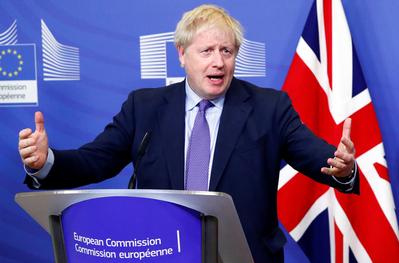 Britain clinched an eleventh-hour Brexit deal with the EU on Thursday, more than three years after Britons voted in a referendum to leave the bloc, but Prime Minister Boris Johnson still faces a knife-edge vote in parliament to get it approved.

“Where there is a will there is a deal – we have one! It’s a fair and balanced agreement for the EU and the UK and it is a testament to our commitment to find solutions,” European Commission President Jean-Claude Juncker said in a tweet a few hours before the start of an EU summit in Brussels.

He said he would recommend that leaders of the other 27 member states approve the deal.