The twin crises in Syria and Iraq are altering the region’s battlefields and geopolitical dynamics. Russia, Turkey, Iran, the Assad regime, and ISIS are sweeping in as U.S. troops withdraw from northeastern Syria. In neighboring Iraq, widespread popular protests are creating military and political opportunities for Iran and its proxies.

Here are some of the grim implications for U.S. national security:

The United States will be less able to target terrorists planning external attacks from Syria.

The American military withdrawal cedes greater control over Syria’s airspace to the Russian military. Airstrikes have been the primary weapon the U.S. employs against terrorists in Syria plotting attacks against the West.

Source: 10 Ways America’s Situation in the Middle East Will Get Worse – Defense One

Senate Majority Leader Mitch McConnell (R-Ky.) opposed a motion to dismiss articles of impeachment in 1999, calling a Democratic proposal to quickly dismiss the trial of then-President Clinton “a terrible idea.”

McConnell, then the chairman of the Senate Rules Committee, made it clear he thought the Constitution required the Senate to hold a full trial on the articles of impeachment Clinton was facing for perjury and obstruction of justice, culminating in a vote on whether to convict or acquit the president. 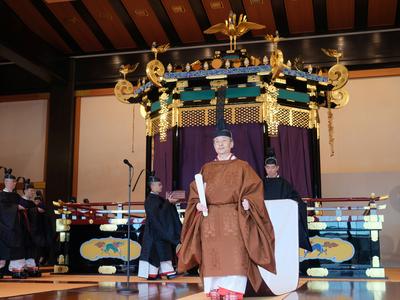 Japanese Emperor Naruhito formally proclaimed his ascendancy to the throne on Tuesday in a centuries-old ceremony attended by dignitaries from more than 180 countries, pledging to fulfill his duty as a symbol of the state.

Naruhito became emperor and his wife Masako became empress on May 1 in a brief ceremony, but Tuesday’s “Sokui no Rei” was a more elaborate ritual at the royal palace in which he officially announced his change in status to the world. 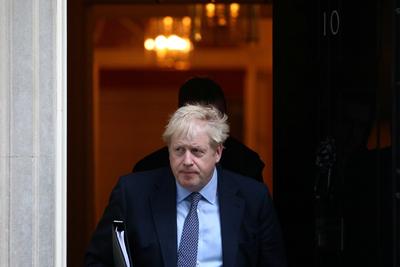 Prime Minister Boris Johnson will try to drive the legislation needed to take Britain out of the European Union through parliament in the next 9 days, or else break his “do or die” pledge to leave on Oct. 31.

Johnson was forced on Monday to abandon his attempt to have a straight ‘yes or no’ vote on his Brexit deal, and is instead trying to speed through the legislation for Britain to leave the EU through the lower and upper houses of parliament.

Source: Explainer: As PM Johnson pushes ahead with Brexit, what happens now in parliament? – Reuters 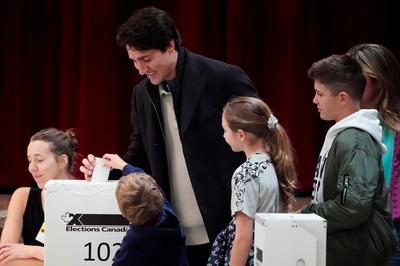 Canadian Prime Minister Justin Trudeau held on to his job in Monday’s election, securing his spot as one of the world’s few high-profile progressive leaders, but tarnished by scandal and with his power diminished.

The man former U.S. President Barack Obama privately anointed as a successor in global diplomacy survived a blackface scandal and the disclosure that he sought to interfere with a federal corruption prosecution, but just barely.

Source: Canada’s Trudeau clings to power, but loses some of his luster – Reuters

U.K. Prime Minister Boris Johnson has succeeded in amending the unpopular Brexit deal, removing the widely disliked backstop, and replacing it with a revised protocol for Northern Ireland. He brought his new plan to the House of Commons in an unusual Saturday session on October 19; Parliament had required the government to ask the European Union for an extension to the October 31 deadline if the divorce settlement was not approved by that date.

But Parliament delayed consideration of his revised agreement, first wanting to ensure the U.K. would not leave the EU without a deal. Johnson begrudgingly asked the EU for an extension, which it is now considering.

Parliament is expected to vote on Johnson’s deal this week, with the numbers too close to call.

The centerpiece of the Tax Cuts and Jobs Act (TCJA) was cutting the corporate rate from 35 to 21 percent. Supporters argued that this would make the United States a more competitive place for business, leading to more economic growth and higher wages.

So far, there is little evidence that the law has had such effects.

We want to focus not on the law’s overall effectiveness, but rather on how it could now be amended to produce more inclusive growth and engage the private sector in that task.  Businesses can’t be expected to pursue social goals, such as a more broadly shared prosperity, unless they are offered incentives to do so. Tax credits for businesses that train and share profits with their workers are one solution. Canadians will vote in the country’s federal election on October 21 to evaluate Prime Minister Justin Trudeau’s four years in office. With polls showing a tight race between Trudeau’s Liberal Party and the Conservative Party, the results could produce subtle shifts in Canada’s foreign policy, especially on climate change, and its relationship with the United States.

The primary opposition to Trudeau and the Liberal Party comes from the Conservative Party’s candidate, forty-year-old Andrew Scheer. The youngest candidate to run for Conservative leader, he has been highly critical of Trudeau’s government and has promised to scrap policies on climate change and gun control.

Source: Canada’s Election: What to Watch | Council on Foreign Relations The British Parliament refused a clean vote on Johnson’s Brexit deal Saturday because its priority is to ensure the U.K. will not “crash out” of the EU without a deal.

The problem is that a majority of members of Parliament do not trust Johnson to deliver that outcome. The failure of his government’s push to gain approval for the deal was sealed by the loss of crucial votes from Northern Ireland’s Democratic Unionist Party, on whose support the Conservatives depend, since they lack a parliamentary majority. Those DUP members do not like how the renegotiated Brexit deal addresses the Irish border.

Source: With Another Brexit Delay, More Uncertainty—and a Glimpse at Future British Trade