In December 1991, the Soviet Union dissolved into fifteen independent republics, of which the Russian Federation was the largest. On January 1, 1993, Czechoslovakia split into two separate countries, the Czech Republic and Slovakia, in a “Velvet Divorce” [PDF].

The breakup of Yugoslavia in 1991 wrought a decade of war that devolved into ethnic cleansing and genocide. Eventually, Bosnia and Herzegovina, Croatia, Kosovo, North Macedonia, Montenegro, Serbia, and Slovenia would all become independent states.

The fall of the Berlin Wall and the collapse of the Soviet Union accelerated the push for deeper European integration, a project which had begun in earnest in the wake of World War II, with the founding of the European Coal and Steel Community in 1951 and the European Economic Community in 1958.

The European Union (EU) was formally established by the 1992 Maastricht Treaty.

Maastricht established a framework for a common currency and a common defense and security policy; the 2007 Lisbon Treaty created the EU’s current structure.

Source: After The Berlin Wall

Sen. Elizabeth Warren (D-Mass.), doubling down on her government-run health care plan, argues it’s a political plus, avoiding middle class tax increases and setting up a people versus the privileged fight.

After weeks of avoiding specifics, she released details of how to pay for her single-payer initiative that eliminates private health insurance.

Despite campaign claims, this more likely will either drag down Warren’s presidential campaign — or drag down a lot of Democratic politicians next fall.

The numbers in her revised plan may not be “made up,” as former Vice President Joe Biden charged, but they don’t add up. 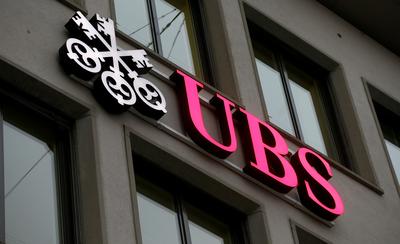 The world’s richest people became a little less well off last year, according to a report by UBS (UBSG.S) and PwC, as geopolitical turmoil and volatile equity markets reduced the wealth of billionaires for the first time since 2015.

Billionaires’ wealth fell by 4.3% globally to $8.5 trillion last year, the UBS/PwC report found, with a sharp decline in Greater China, including Hong Kong, and the Asia-Pacific region more broadly. 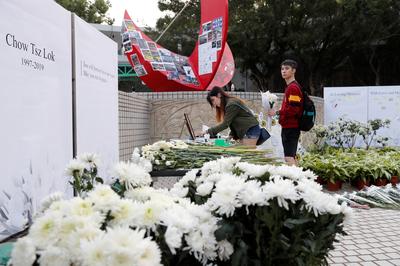 Protesters gathered across Hong Kong to mourn a university undergraduate who died on Friday after falling in a car park during pro-democracy demonstrations this week, a death that could yet trigger more unrest.

Chow Tsz-lok, who studied at the University of Science and Technology (UST), fell on Monday from the third to the second floor of a parking lot when protesters were being dispersed by police. It was the first student death in months of rallies. 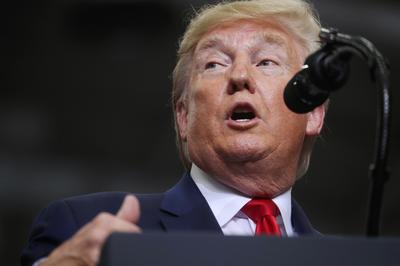 Congressional investigators are trying to determine whether Trump told the Kiev government it would not get the aid unless it agreed to launch an investigation of Hunter Biden, the son of former U.S. Vice President Joe Biden, one of Trump’s main Democratic rivals as he runs for re-election in 2020.

Mulvaney acknowledged at an Oct. 17 news conference that the White House had withheld the assistance. “I have news for everybody: Get over it. There is going to be political influence in foreign policy,” Mulvaney said, although he later contradicted himself, saying in a White House statement: “There was absolutely no quid pro quo.”

I read the letter, which in bland bureaucratic language informed me that the country I was raised in and lived in for most of my adult life was no longer mine: “after consideration of facts and circumstances in the matter, “ it read, “the Central government is of the provisional opinion that the registration as an OCI cardholder granted to Aatish Ali Taseer, may be canceled under Section 7D(a) of the Citizenship Act, 1955, for obtaining OCI card by means of false representation and the concealment of material facts.”

The government had limited means by which they could legally take away my overseas citizenship. Yet they have now acted on those means.

Source: Aatish Taseer: Why Is India Sending Me Into Exile? | Time 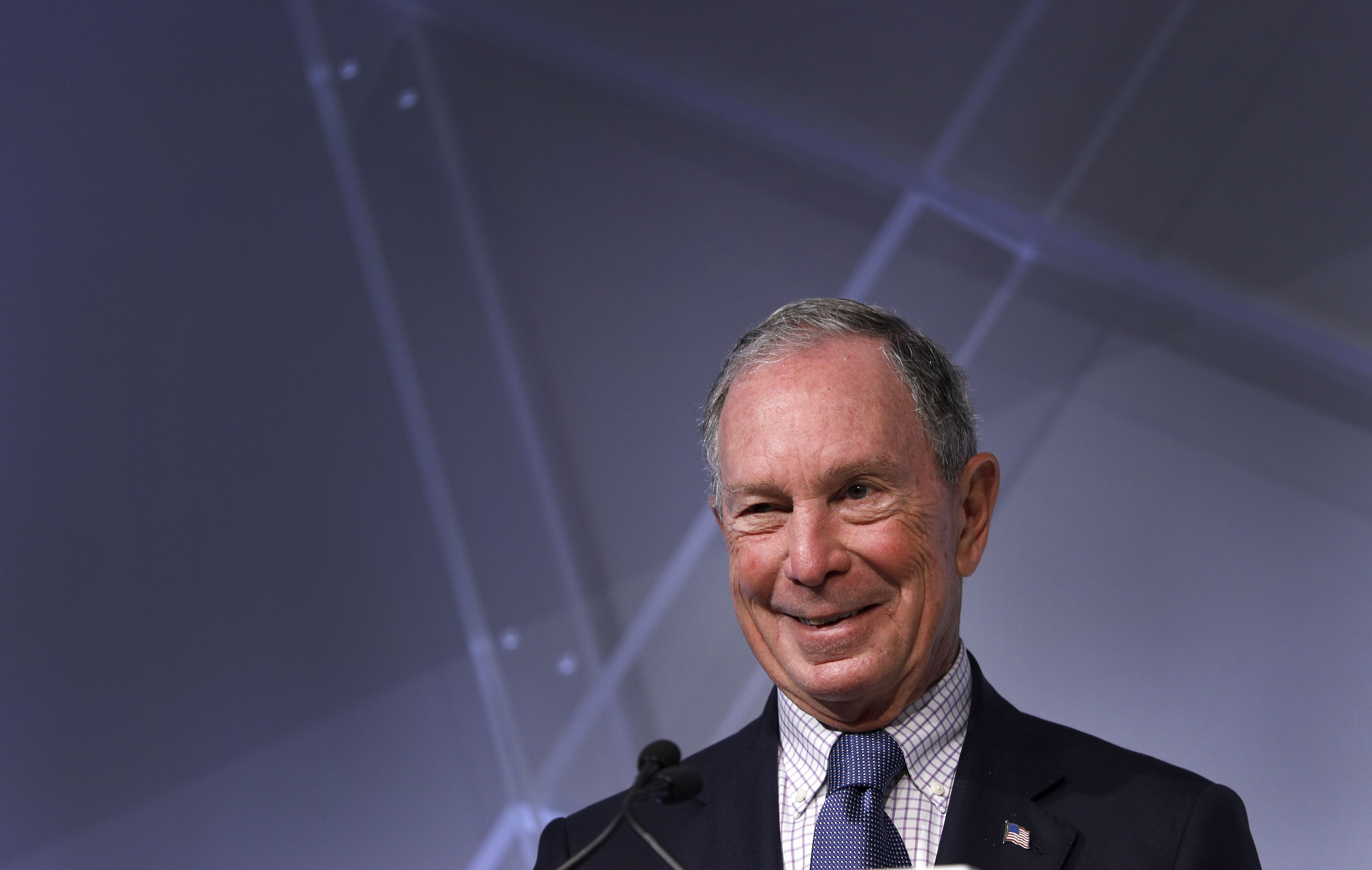 With fewer than 100 days until the first caucus in Iowa, the billionaire technocrat’s decision to enter the race—a choice that has yet to be announced officially—could upend all the current front-runners’ campaign strategies. Bloomberg, 77, a former Republican and the three-term mayor of New York City, has been an outspoken critic of some of the Democratic candidates’ far-left agendas, and wields financial resources no one else in the race can match.

South Bend, Ind., Mayor Pete Buttigieg, who had also recently risen in the Iowa polls, would also likely lose some of his moderate supporters to a Bloomberg candidacy.

Virginia turned blue. Suburbanites voted Democratic. A ruby-red state that went for President Donald Trump by a 30-point margin in 2016 became the political canary in a coal mine for Republicans, with Kentucky making a Democrat its apparent victor in the governor’s race.

Tuesday night’s contests for state and local offices carried an ominous message for Trump and other Republicans as they hunker down for the 2020 election battle, as Democrats claimed pivotal victories in places the GOP once called home field.

Employment and business losses are mounting in key swing states just a year out from President Donald Trump’s 2020 reelection bid. And the losses are being felt particularly acutely in the industrial and agricultural sectors – a critical part of the base that helped Trump win the White House in 2016.

But in several of these key swing states, including Michigan, Pennsylvania and Wisconsin, Trump is not exactly hurting for support from his core constituency. Recent polls in all three states suggest Trump’s job approval – and opposition to House Democrats’ impeachment inquiry – remains strong among the demographic groups and in the geographic areas that supported him the most fervently in 2016.

Source: Is Trump Losing the Working Class? | America 2020 | US News

The critics are out in full force, attacking Sen. Elizabeth Warren‘s “Medicare for All” plan, calling it unrealistic, way too expensive, “a big mistake” and an unpopular, “elitist” approach that would kick Americans off their private insurance plans while imposing new taxes.

And those are just the Democrats.

Like presidential candidates and presidents going back to Harry Truman, Warren has offered a plan to deal with health care coverage and costs, an issue that remains a leading concern of American voters tired of high drug prices, “surprise” medical bills and uncertain coverage.

But Democrats in and out of the presidential primary race worry that Warren’s sweeping Medicare for All single-payer system puts the party back on the defense on a campaign agenda item they believe could be – and should be – a winner for Democratic candidates up and down the ballot next year.

Source: Health Care Is Causing Rifts in the Democratic Party | America 2020 | US News