At Daimler’s capital market day in London on Thursday, new CEO Ola Källenius said there was a “reality check setting in” regarding the Merc-maker’s plans for building fleets of so-called robotaxis—a project on which it is collaborating with the German industrial giant Bosch.

Instead, Källenius said, the technology would be used in trucks first.

Source: Why Mercedes’s Self-Driving Trucks Are Set to Overtake Its Robotaxis | Fortune Longtime President Evo Morales has fled to Mexico, leaving behind a deeply divided country and an unclear line of succession. For now, the military appears to be a major arbiter of political power.

Morales’s alleged manipulation of the October 20 presidential election sparked weeks of widespread protests. Demonstrators, including members of the national police, called for a rerun and an independent audit as opportunists looted and vandalized property. 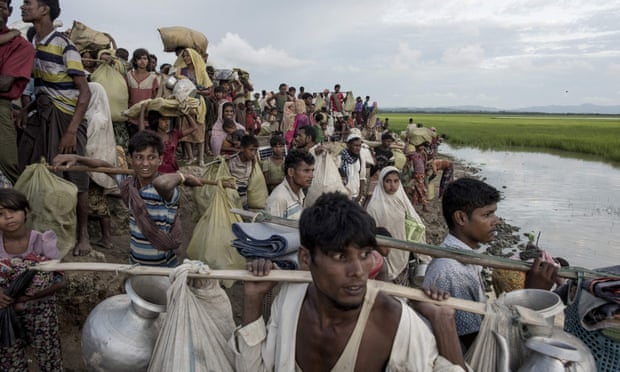 Judges at the international criminal court (ICC) have authorized a full-scale investigation into allegations of mass persecution and crimes against humanity that forced at least 600,000 Rohingya Muslims to flee Myanmar into neighboring Bangladesh.

The ruling, which sets a significant precedent in expanding the jurisdiction of the war crimes court, is the second move against Myanmar this week at international tribunals in The Hague. North Korea ratifies the Nuclear Nonproliferation Treaty (NPT), a multilateral agreement whose dozens of signatories have committed to halting the spread of nuclear weapons and technology and promoting peaceful cooperation on nuclear energy. North Korea built its first nuclear facilities in the early 1980s. President Donald Trump this week laid out his most direct case yet for staying the course in the run-up to the 2020 U.S. presidential election. In a speech to the Economic Club of New York on Tuesday, he boasted that his “America First” policies had delivered stronger-than-expected economic growth and new jobs for millions of Americans, despite the disruption caused not only by his trade war with China, but also by the tariffs he has imposed on close U.S. allies in Europe.

While most coverage of the speech focused on Trump claiming credit for leading an economic “boom,” it was more revealing in capturing how the president thinks about economic statecraft overall—and how he misconstrues it.

Trump misunderstands American economic strength, the leverage it gives him over U.S. partners as well as adversaries, and what the best approach is when the United States feels the rules of the road are not in its favor.

Source: Trump’s Boasts of an Economic ‘Boom’ Are Misplaced and Misguided

AWS provided notice Friday of its intent and will officially lodge its protest within the U.S. Court of Federal Claims.

“AWS is uniquely experienced and qualified to provide the critical technology the U.S. military needs, and remains committed to supporting the DoD’s modernization efforts,” an AWS spokesperson told Nextgov in a statement.

“We also believe it’s critical for our country that the government and its elected leaders administer procurements objectively and in a manner that is free from political influence. Numerous aspects of the JEDI evaluation process contained clear deficiencies, errors, and unmistakable bias—and it’s important that these matters be examined and rectified.”

Microsoft was awarded the contract on Oct. 25 after a nearly two-year process that saw significant controversy over the battle to build the military’s war cloud. Four companies initially battled for the contract, with two—IBM and Oracle—filing losing bid protests against alleged unfairness in the contracting process. 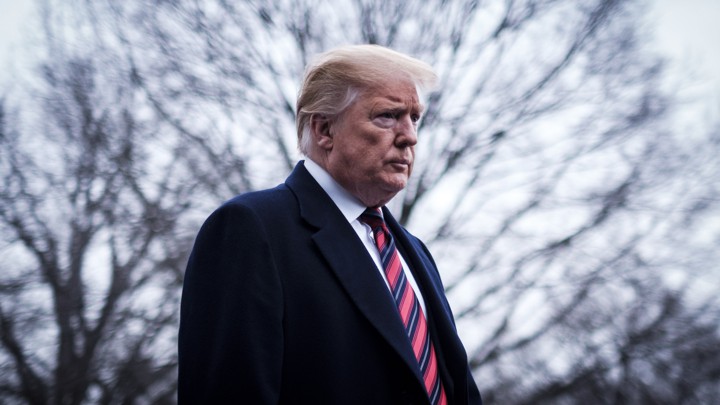 It is a strategy that President Donald Trump has deployed throughout his life, as instinctive and natural to him as the act of breathing: Villainize whoever is blocking his way.

Distasteful as Trump’s taunts might be, ridiculing adversaries has been the blunt-force instrument that propelled his political rise, with the president turning people into targets of scorn.

As the impeachment fight enters its public phase, though, Trump faces a quandary.

His go-to move may be inadequate in this moment for the very same reason the impeachment threat is so grave. There may be too many accusers who believe he shook down Ukraine, too many people who find fault with his behavior for the president to smack with a rhetorical mallet.

Russian President Vladimir Putin suggested to the West last month that the widening chaos in Libya after almost a decade of war should have been obvious: “A flow of migrants went through Libya to Europe,” he said in an interview, recalling the displacement of refugees that has reached crisis levels in recent years. “They have what they were warned about.”

This week, The New York Times documented the deployment into Libya of Russian mercenaries. While Moscow denies its involvement, the situation mirrors tactics it has successfully employed in Syria and Ukraine to gain influence in chaotic war zones by dispatching private forces Putin can disavow until the point of victory.

Source: Russia Positioning Itself in Libya to Unleash Migrant Crisis Into Europe | World Report | US News

The impeachment process that took a dramatic and public turn this week may well not end up with President Donald Trump being ousted from office early next year. But it might make the difference in Trump losing his job in November.

While support for impeachment and removal of Trump from office has remained relatively stagnant since mid-October, with a bare plurality supporting impeachment and conviction, there are signs that the process is damaging Trump in his second battle to stay in office – next year’s elections.