A protective coating of carbon nanotubes may help the Pentagon field warplanes and missiles that can survive the intense heat generated at five times the speed of sound.

Researchers from Florida State University’s High-Performance Materials Institute, with funding from the U.S. Air Force, discovered that soaking sheets of carbon nanotubes in phenol-based resin increases their ability to disperse heat by about one-sixth, allowing a thinner sheet to do the job.

Source: Nanotechnology Is Shaping the Hypersonics Race – Defense One

It’s no secret that Pentagon leaders believe that future wars will be fought in space. But operating concepts and battle plans remain under such tight wraps that it’s hard for the defense industry to start making the satellites, spacecraft, and materiel that will be needed for the fight.

“We have a concept of operations on how we’re going to operate [in space]. I invited industry to come in and say: ‘OK, we’re going to give it to you,’” Raymond said Monday at the Center for Strategic and International Studies in Washington.

“The problem was, it was so classified that very few could come in. We’re working very hard to reduce the classification on issues that allow more conversation back and forth.”

Source: What Does the US Military Need For A War In Space? It’s Hard to Say – Defense One

House Democrats have set up the stage for a jam-packed slate of witnesses in the second week of public hearings of the impeachment inquiry.

Over the course of three days, nine witnesses will tell their sides of the story as the House examines President Trump‘s interactions with Ukraine and his request that the country investigate former Vice President Joe Biden and his son, Hunter Biden, as well as 2016 election interference.

We are likely witnessing the end of Hong Kong as we know it.

What began as a refugee society after the end of World War II and the civil war victory of the Chinese Communist Party, transformed itself into an international financial center and a prosperous, middle-class metropolis by the 1990s.

Hong Kong was also a test of the proposition that a capitalist society with basic political freedoms and the rule of law could coexist with the Leninist regime that became the city’s sovereign in 1997. The term for this arrangement was “one country, two systems.”

Proving that proposition correct would require good sense and restraint on all sides. In the end, the possibility of coexistence vanished in clouds of tear gas and flames from petrol bombs.

Source: A requiem for the city of Hong Kong 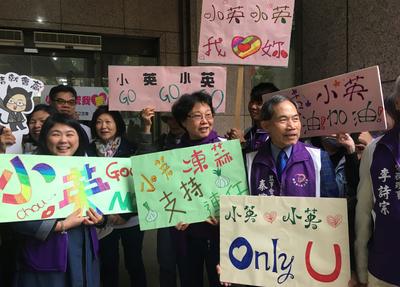 China is interfering in Taiwan’s elections “every day” as it seeks to damage the island’s democracy, Taiwan President Tsai Ing-wen said on Tuesday, after China sailed an aircraft carrier group near the self-ruled island on the weekend.

The election campaign, which is also for Taiwan’s legislature, has kicked into high gear, and is being closely watched by Taiwan’s giant neighbour China, which claims Taiwan as sacred Chinese territory, to be brought under its control by force if needed. 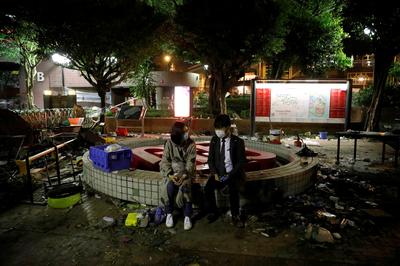 Hong Kong leader Carrie Lam said on Tuesday that about 100 protesters remained inside the Hong Kong Polytechnic University campus that has been sealed off by police. 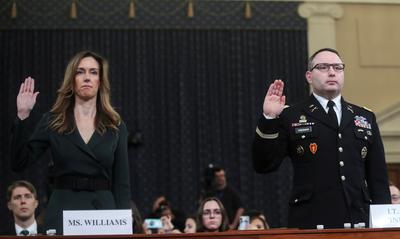 A White House official testified in the impeachment inquiry against President Donald Trump on Tuesday that the president’s phone call urging Ukraine’s leader to investigate Trump’s political rivals was improper and blasted what he called “cowardly” attacks on witnesses in the investigation. Brazil’s Amazon region has seen more than 60,500 fires since January, double the number reported in the same period last year. The states of Roraima, Acre, Rondonia, and Amazonas have been particularly hard-hit, and smoke from the blazes has caused midday blackouts two thousand miles away in Sao Paulo.

Fires are not unexpected during Brazil’s dry season, but the number and intensity of this year’s blazes, combined with Bolsonaro’s response, have focused attention on the rain forest’s important role in regulating rainfall and climate. Protests erupted against the contentious Citizenship (Amendment) Bill or CAB across the northeastern states on Monday, with the Center slated to table the bill during the ongoing winter session of Parliament.

The bill seeks to amend the Citizenship Act, 1955 and fast track the process under which non-Muslims from Bangladesh, Pakistan and Afghanistan can get Indian citizenship. The bill was passed by the Lok Sabha in January of this year but was not tabled in the Rajya Sabha. It lapsed after the term of the last Lok Sabha ended in May. As clashes between protesters and police in Hong Kong become increasingly violent, members of the U.S. Congress have pushed to pass legislation that would address human rights abuses, visas for protesters, and Hong Kong’s declining autonomy.

The House of Representatives passed the Hong Kong Human Rights and Democracy Act in October, and lawmakers are working to get it quickly approved in the Senate.

The bill’s passage would be the first substantive step taken by Congress to support Hong Kong since historic protests started in June against Beijing’s tightening grip on the city, including what protesters see as a clampdown on democratic freedoms they were promised in 1997.