Donald Trump’s on-and-off-again trade deal with China is off again. It will be on again — but not for long. That’s because Chinese President Xi Jinping is in control.

Unlike Trump, Xi doesn’t have to win an election. So he can prolong negotiations and the pain tariffs are causing Americans, most notably its farmers, who are key to Trump’s reelection and already grumbling. Americans’ tolerance for pain can only last so long.

Source: Trump’s trade war is unwinnable — because he’s no longer in charge | TheHill

Distracted by the high drama of impeachment, Americans may not be following European political developments very closely. It’s time to tune in, though, because “Old World” demons are stirring again.

In Spain’s recent election, the anti-immigrant Vox party scored dramatic gains, more than doubling its seats in the national legislature. This caught everyone’s attention, because the tidal surge of illiberal nationalism rolling across other parts of Europe until now had bypassed Spain.

Just as Donald Trump dug up ideas long thought to have been dead and buried in this country – nativism, protectionism, “America First” isolationism – the rhetoric and political demands of Europe’s extreme right contain disturbing echoes of the virulent nationalism that swept the continent during the 1920s and 1930s and plunged the world into history’s bloodiest war.

House investigators heard Tuesday from four senior national security officials with direct knowledge of President Trump’s interactions with Ukraine, marking a long day of marathon hearings on Capitol Hill as Democrats press their case for impeachment with the TV-viewing public.

All four witnesses had testified previously, leaving few lingering questions about their role in the affair or their assessment of Trump’s handling of foreign policy in Kyiv. But the public forum allowed for an amplification of those messages, as both parties fight to pull voter sentiment to their side.

The Pentagon on Friday announced that it had failed its financial audit for the second year in a row, although the department showed it is making progress.

The Defense Department’s fiscal 2019 audit—its second ever—covered over $2.9 trillion in assets and $2.8 trillion in liabilities. Of the 24 individual audits, the department-wide mark is composed of: six components that received an unmodified opinion, one that received a qualified opinion, three that are pending and the remainder with a disclaimer of opinion, meaning the auditors could not obtain appropriate evidence to make a decision.

This is “consistent with the experiences of other large and complex federal agencies during their initial years under financial statement audit,” according to the audit.

Source: Pentagon Fails Its Second Audit — But Not As Badly – Defense One

Last week, shareholders at Gannett and GateHouse, the nation’s two largest newspaper chains, voted to approve the merger of the two companies. Gannett, which publishes USA Today, owns just over 100 newspapers while New Media Enterprises, GateHouse Media’s parent company, owns nearly 400 American newspapers across 39 states. When combined, the new company will own one out of every six newspapers in the United States.

The deal is expected to close November 19th and has left many already concerned about America’s local journalism crisis afraid of what lies ahead.

Artificial intelligence (AI) has generated increasing interest in “future of work” discussions in recent years as the technology has achieved superhuman performance in a range of valuable tasks, ranging from manufacturing to radiology to legal contracts. With that said, though, it has been difficult to get a specific read on AI’s implications on the labor market.

In part because the technologies have not yet been widely adopted, previous analyses have had to rely either on case studies or subjective assessments by experts to determine which occupations might be susceptible to a takeover by AI algorithms.

What’s more, most research has concentrated on an undifferentiated array of “automation” technologies including robotics, software, and AI all at once.

The result has been a lot of discussion—but not a lot of clarity—about AI, with prognostications that range from the utopian to the apocalyptic.

Source: What jobs are affected by AI? Better-paid, better-educated workers face the most exposure 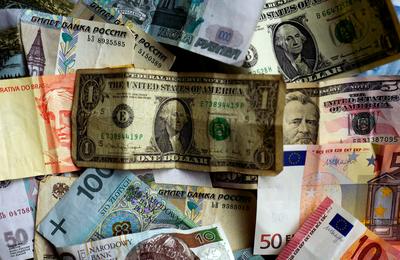 Many investors are shunning the riskiest corners of the junk-rated U.S. corporate loan market because of concerns about possible credit rating downgrades, putting the brakes on a run of leveraged buyouts and debt-funded dividends.

The push back against the riskiest corporate debt shows how the Federal Reserve has failed to alleviate fears about a recession next year that would trigger a cash crunch for heavily indebted companies, corporate financiers and analysts said.

Rock-bottom interest rates have fueled a boom in junk rated loans, with the U.S. market tripling in size to $1.3 trillion since 2010 as investors bet on riskier assets, allowing private equity firms to juice their returns and pursue even bigger acquisitions. 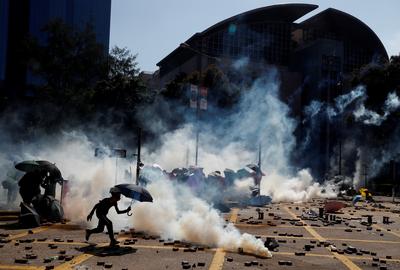 Toward the end of last week, as many as a thousand students occupied the Polytechnic campus. But the numbers dwindled over the next two days, as protesters feared police would lay siege to the campus.

The preparations, though, did not abate. In the cafeteria, tables were laden with supplies – mountains of bottled water, energy drinks, chocolate, torches, toothbrushes and power banks. Outside, a team produced petrol bombs, while the university’s archery team gave impromptu lessons on how to draw a bow.

Teams of “fire magicians”, tasked with lobbing petrol bombs at police on the frontlines, practiced by throwing empty bottles into the university’s drained swimming pool. 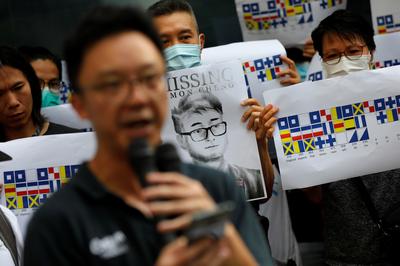 A former employee of Britain’s consulate in Hong Kong said Chinese secret police beat him, deprived him of sleep and shackled him in an attempt to force him to give information about activists leading pro-democracy protests.

Hong Kong, which was returned to China by Britain in 1997, has been convulsed by sometimes violent protests and mass demonstrations, the biggest political crisis for Beijing since the Tiananmen Square protests of 1989.