There’s a reason bad guys in spy movies use harpoon guns when they have to fight underwater. Regular bullets lose their deadly momentum when traveling through liquid or other dense substances. U.S. Special Operations Command, or SOCOM, has begun experimenting with new bullets that could allow frogmen to shoot up into enemy boats or helicopter gunners to strafe periscope-depth submarines.

How does it work?

The tungsten-tipped CAV-X bullet from Virginia’s DSG Technologies has a nose that creates a small air bubble as it moves through the water. The bubble greatly reduces drag on the bullet, a supercavitation effect that has been part of torpedo design since World War II and is now a feature on some types of boats.

Source: Special Operations Command Is Experimenting With Bullets That Shoot Through Water – Defense One

Mike Pompeo tried to stay out of it. He tried to block certain State Department officials from testifying in the House impeachment inquiry. He didn’t admit for days that he had listened in on the phone call at the heart of that inquiry, in which President Donald Trump asked Ukrainian President Volodymyr Zelensky to investigate a domestic political rival. He’s referred to the hearings as “noise” and been out of town a lot—both abroad and in Kansas.

In explosive public testimony on Wednesday, Gordon Sondland, Pompeo’s own ambassador to the European Union, put the secretary of state right in the middle of the scandal.

Gordon Sondland, President Trump’s ambassador to the European Union, brought the impeachment inquiry closer to the White House on Wednesday.

Sondland implicated some of the president’s key allies in his testimony, saying Secretary of State Mike Pompeo, Vice President Pence, White House acting chief of staff Mick Mulvaney and outgoing Energy Secretary Rick Perry were all aware of efforts to secure a commitment from Ukraine to conduct investigations seen as benefiting the White House. 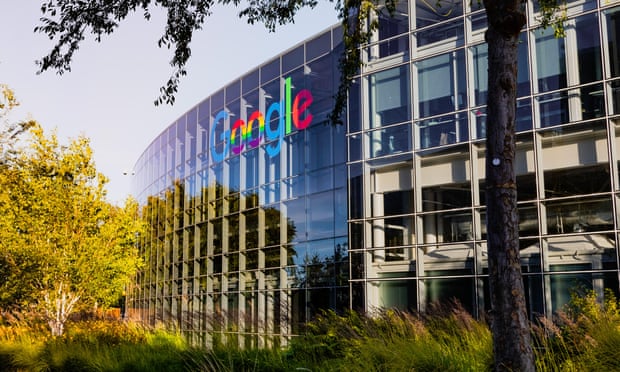 Google will no longer allow political advertisers to target voters based on their political affiliation, the company announced Wednesday, in a move that will increase pressure on Facebook to limit micro-targeting.

Google also plans to “clarify” its ad policies around false claims to explicitly ban doctored video and images known as “deepfakes”, misleading claims about the census, and “demonstrably false claims” that could undermine trust in elections or the democratic process.

“Whether you’re running for office or selling office furniture, we apply the same ads policies to everyone; there are no carve-outs,” the Google Ads executive Scott Spencer wrote in a blogpost.

The policy clarification is an implicit criticism of Facebook’s controversial decision to allow politicians an exemption from its own ban on false claims in advertising.

Source: Google latest tech giant to crack down on political ads as pressure on Facebook grows | Technology | The Guardian When Bolivia’s Evo Morales resigned the presidency under pressure from the military and left the country amid widespread protests on Nov. 12, taking political asylum in Mexico, it sent shockwaves across Latin America.

Morales’ fall comes at a time of ferment in the region—and what looks increasingly like a hinge moment in Latin American history.

Whether Morales was the victim of a coup or the perpetrator of an assault against democracy, rightfully deposed, remains the subject of heated debate. That continuing controversy is part of the push-and-pull of the tensions roiling Latin America, where the political tide appears to be changing, but no one is exactly sure in what direction.

Forcepoint called on its strategists, researchers and engineers to identify and discuss cybersecurity trends they forecast for the coming year and one of those predictions concerns with the Cloud Smart strategy.

Eric Trexler, vice president of global government at Forcepoint, shared that more organizations will transition from Cloud First to Cloud Smart in 2020 but will remain “cloud dumb” when it comes to ensuring the security of their public cloud environments.

More data breaches are likely to occur in the coming year as cloud-based applications become more prevalent and as threat actors boost their efforts to gain access to data and systems in the public cloud.

Perhaps the most interesting thing about the expansion of the biofuels industry — as a share of the fuel market and a lobbying power — is that the general public hasn’t really noticed. Compared with fracking or coal, biofuels aren’t the subject of many policy reports or New York Times op-eds. Media coverage of the biofuels package has been limited.

But as President Donald Trump continues to make promises about the future of biofuels, two important questions loom: Should the rest of the country care about what’s going on in Iowa and other corn-belt states?

And is biofuel expansion something we should welcome or oppose?

Source: The Trouble With Biofuels – EcoWatch

The climate crisis has put at least 945 designated toxic waste sites at severe risk of disaster from escalating wildfires, floods, rising seas and other climate-related disasters, according to a new study from the non-partisan Government Accountability Office (GAO), as the AP reported.

The country’s most contaminated spots that pose an imminent threat to human health or the environment are designated Superfund sites. That means cleaning them up is a national priority. The EPA has identified more than 500 contaminants at Superfund sites, including arsenic, lead and mercury.

The U.S. ambassador to the European Union and million-dollar Trump donor told Congress how he and other senior U.S. officials repeatedly asked the Ukrainian government to open two specific investigations in order to secure an Oval Office meeting with Trump.

When military aid to Ukraine was frozen in July, Sondland said he believed Ukraine’s newly elected President Volodymyr Zelensky would have to publicly agree to those investigations before U.S. security funds would start flowing again.

Foreign adversaries are increasingly turning to cyberattacks to disrupt the U.S. economy, steal trade secrets and undermine the political process, and Congress is teaming with government and industry experts to fight back.

Lawmakers in May stood up the Cyberspace Solarium Commission, a 16-person panel charged with reviewing U.S. cyber strategy and recommending policy changes to improve the country’s response to digital threats. The group, whose members include lawmakers, high-ranking national security officials and a smattering of industry experts, is expected to release its findings around the end of the year.

Nextgov recently sat down with the commission’s co-chairman Rep. Mike Gallagher, R-Wis., to discuss gaps in U.S. cyber policy, the high turnover among national security officials and what we can expect from the commission’s report.