China abruptly banned the use of headbands to monitor school children in a classroom, after the Western media’s coverage caused a backlash.

In a story entitled “China’s Efforts to Lead the Way in AI Start in Its Classrooms,” the Wall Street Journal last week sounded an alarm about China’s use of electronic headbands on little kids. Reportedly, headbands worn by school children monitor the intensity of each pupil’s concentration, while the relevant data collected by the headbands is sent to parents.

Thrown into the global spotlight by the Journal, China’s use of the futuristic wearable device on children triggered a backlash. Many Chinese also started asking on social media if school children’s privacy is protected and how the data is being used.

Source: China: A Headband for Your Thoughts? | EE Times 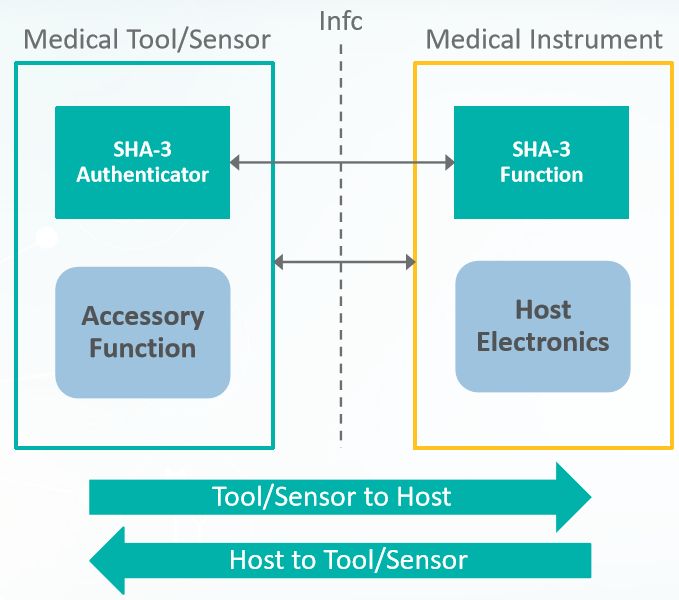 “Why [else] would a medical tool need security? The answer is fairly straightforward. It’s because there are a lot of counterfeit products and misused products in the marketplace,” said Scott Jones, managing director for embedded security at Maxim Integrated.

“According to the World Health Organization, roughly 10% of products in developing countries can be substandard or falsified. What we experience in the United States and other countries with well-established medical markets is that this problem exists — and it’s just not something that shows up in very many public articles, as the impacted companies don’t really like to expose the issue.

“We know that it’s a problem, and of course, if we’ve got such a product that’s counterfeit or maybe one that has been harvested from medical waste and reintroduced into the supply chain, then it’s a problem for patient safety,” Jones continued.

With the 5 GHz network set up, I attempted to connect my devices. That’s when I learned that two of my laptops don’t support 5 GHz. Indeed, the guest network doesn’t appear as an available wireless network. One laptop is an HP ProBook 450 G1 purchased in 2014. The other is a Toshiba Satellite C50-A. The HP laptop uses a Qualcomm Atheros QCA9565 802.11b/g/n Wi-Fi Adapter, which has no 5 GHz support. While disappointing, the HP is still far faster than it was when connected through DSL.

5G adds complexity to the test process because it adds new operating bands and a more complex network architecture; the standards for conformance tests are not yet complete.

Here is an overview of the conformance and device acceptance test requirements for 5G that includes key considerations for network equipment and device test engineers going through this process.

Some in the high tech industry mistake irresponsibility for “disruption.” We can’t let those people run the auto industry.

The automotive industry is being “disrupted” by the electronics industry, and together they’re on the verge of doing something dangerous and irresponsible.

As car makers and their high-tech suppliers imbue motor vehicles with increasing levels of autonomy, they are heading toward absolving themselves of all responsibility for their products. Tesla and its cheerleaders are pushing the issue right now. It’s behavior that should not be tolerated.

When understanding the potential of sound as a means for secure data exchanges, it is useful to grasp its fundamental security benefits and ability to perform just as securely as other forms of connectivity, such as RF. Acoustic data transfer enables localised connectivity, which can effectively reduce the area of potential attack. It doesn’t require IP-based connectivity to perform the transmission, which diminishes the risk of interference from remote hackers.

Ultrasonic transmissions are also beneficial in environments that require secure near-field data transfer in sensitive or RF-saturated vicinities. Because sound doesn’t leak through walls, listeners in adjacent rooms or buildings can’t pick it up. This makes data-over-audio highly suited to areas such as industrial sites or hotel rooms where certain sensitive data must be kept within the confines of one space.

Competitors such as United Launch Alliance, ArianeGroup, Amazon/Blue Origin, Virgin Orbit, Stratolaunch Systems, NASA, China and others will be following the SpaceX lead.

All want to capture the potentially lucrative business of beaming broadband communications to Earth from space. This is all part of a larger Internet of Space (IoS) movement, which hopes to create a vast computer network in mostly low-earth orbit (LEO) satellites and other platforms that will serve as nodes to communicate with one another and users on the Earth.

The problem is that all these extra satellites will enter a LEO that is already overcrowded with almost 2,000 existing satellites, nearly 3,000 dead satellites and around 34,000 pieces of space junk larger than 10 centimeters in size, according to the European Space Agency’s (ESA’s) Space Debris Office.

A car as comfortable as a living room sounds like a luxury, but it could also be a hell on wheels.

When Faraday Future announced it would have a presence at the 2019 Automobility LA conference, it was easy to expect the troubled startup might finally be unveiling a production vehicle. Instead, company CEO Carsten Breitfeld pitched a radical vision for a world in which cars become mobile, internet-enabled living spaces that combine the best features of your living room, office, and your smartphone.

To be fair, according to its own marketing Faraday Future (FF) is not a an automotive company, it’s a “shared intelligent mobility ecosystem company.”

Source: Faraday Future’s vision for cars is as unsettling as it is novel | Design News

China is getting into the global satellite broadband game, with its Hongyun fleet expected to start pilot services next year.

The first trial satellite, launched last December, has successfully completed its testing of services including web, video communication and HD video on demand, according to the People’s Daily.

China’s Huawei has started phasing Ericsson out of KPN’s radio access network (RAN) in the Netherlands after securing a contract with the Dutch incumbent that had previously looked in doubt, Light Reading has learned.

KPN signed a preliminary RAN agreement with Huawei back in April, at the time indicating this could be “adjusted or reversed to align it with future Dutch government policy.”

But work is now proceeding on the RAN overhaul …