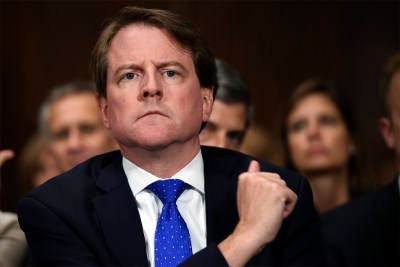 A federal judge has ordered former White House counsel Donald McGahn to appear before Congress in a setback to President Donald Trump’s effort to keep his top aides from testifying.

The outcome could lead to renewed efforts by House Democrats to compel testimony from other high-ranking officials, including former national security adviser John Bolton.

McGahn was a star witness in special counsel Robert Mueller’s investigation, and Democrats wanted to question McGahn about possible obstruction of justice by Trump. 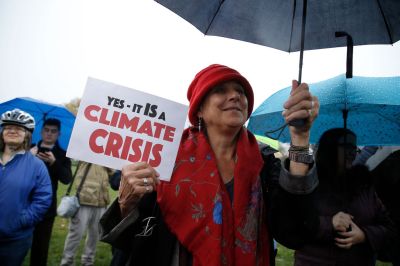 As the world has reeled from crisis after crisis in recent years, world leaders have, with only a few exceptions, repeatedly insisted that they remain committed to tackling climate change.

But they are failing to keep that promise, says a bleak new United Nations report, and the globe may soon feel the dire effects of inaction—including temperatures that rise to double the target set in the Paris Agreement—without “rapid and transformational action.” 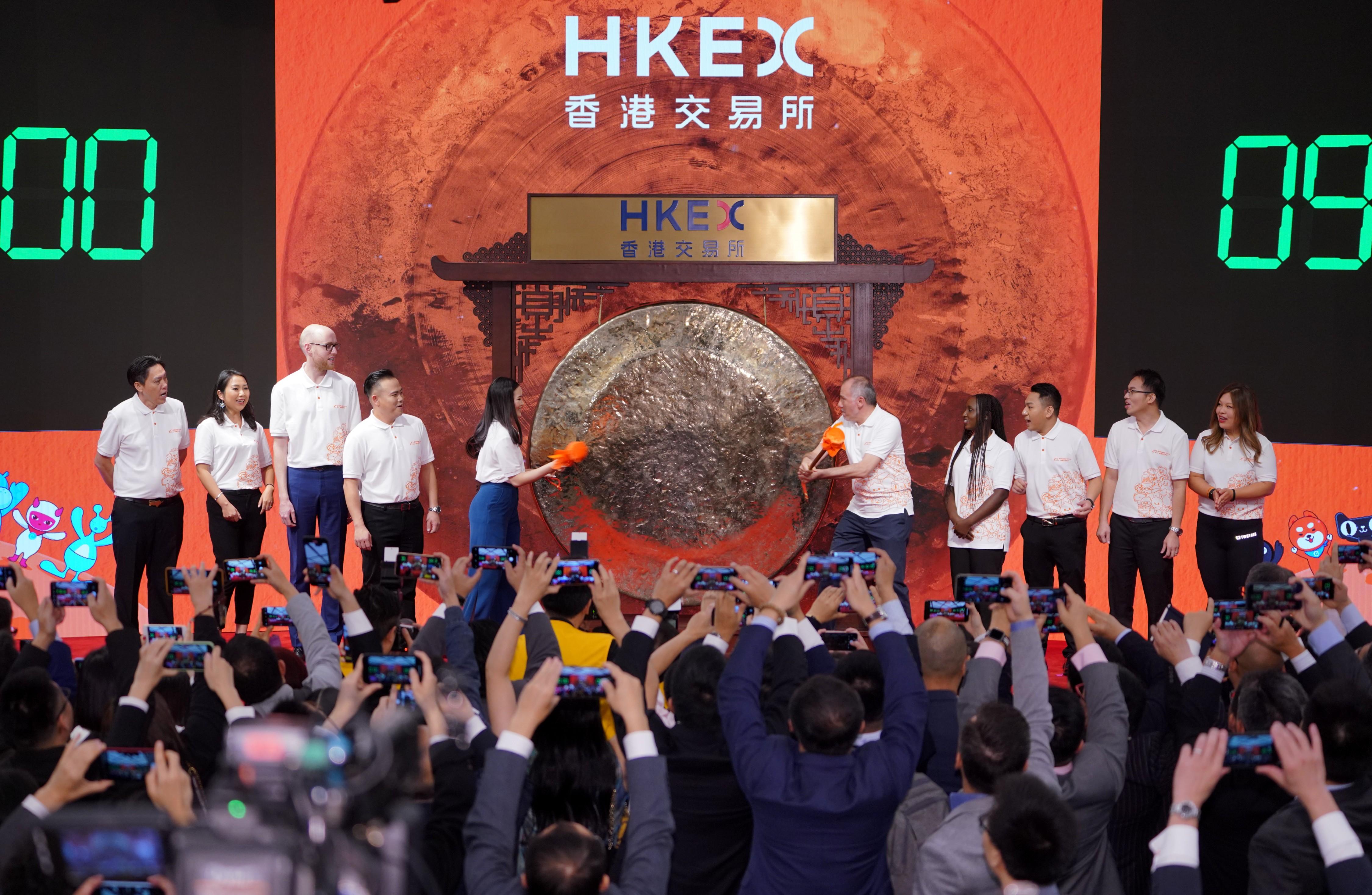 Chinese tech giant Alibaba smashed the record for the largest IPO of 2019 in its Tuesday debut in Hong Kong.

Alibaba Group Holding Limited beat out Uber’s record May IPO of $8.1 billion, raising $11.2 billion in a secondary listing in a city beset by recession and nearly six months of political unrest.

Alibaba’s total raise from the oversubscribed offering could be even higher—about $13 billion—if its underwriting banks exercise their “greenshoe” options to buy more shares.

The company first listed in New York in 2014.

Source: Alibaba’s Hong Kong IPO Is the Biggest of 2019 | Fortune 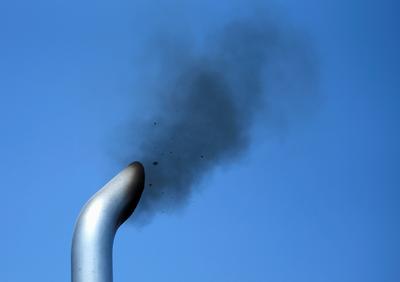 The head of the World Meteorological Organization said global temperatures could rise by 3-5 degrees Celsius above pre-industrial levels this century – more than three times agreed limits – if nothing is done to stop rising emissions. 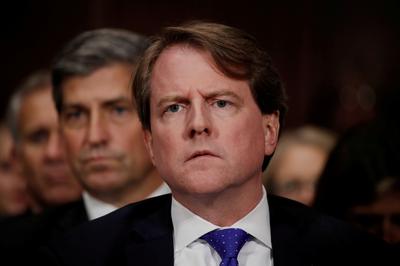 Former White House counsel Don McGahn must testify in the impeachment inquiry against President Donald Trump, a federal judge ruled on Monday, rejecting the administration’s assertion of immunity for officials by declaring that “no one is above the law.”

U.S. District Judge Ketanji Brown Jackson’s ruling only legally binds McGahn. But it could give other officials, like former national security adviser John Bolton, a basis for cooperating with the Democratic-led House impeachment inquiry against the Republican president, legal experts said. 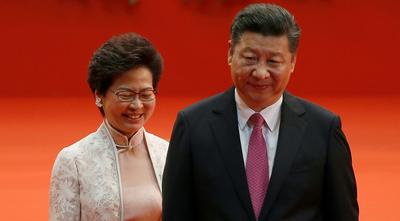 Tightening control over efforts to manage the upheaval in Hong Kong, the Chinese leadership has set up a crisis command center on the mainland side of the border and is considering replacing its official liaison to the restive semi-autonomous city, people familiar with the matter said.

As violent protests roil Hong Kong, top Chinese leaders in recent months have been managing their response from a villa on the outskirts of Shenzhen, bypassing the formal bureaucracy through which Beijing has supervised the financial hub for two decades.

Ordinarily, communications between Beijing and Hong Kong are conducted through a Chinese government body: the Liaison Office of the Central People’s Government in Hong Kong. The Liaison Office is housed in a Hong Kong skyscraper stacked with surveillance cameras, ringed by steel barricades and topped by a reinforced glass globe.

Imagine this scenario: as tensions between Taiwan and China spike, U.S. intelligence reports that PLA Navy warships will soon sortie from various Chinese ports. In response, U.S. submarines discreetly place a set of large unmanned undersea vehicles — one per port — on the seabed floor of the Taiwan Strait. Once settled, each UUV waits for the order to release a half-dozen smaller craft, each armed with explosives and non-kinetic effectors.

The order comes and the small craft deploy, maintaining connections to a command module via acoustic and satellite links. These tactical craft loiter just outside the ports, until one by one, they detect the unique acoustic signature of their assigned Chinese warship and break off to intercept it.

Once in position, three feet under a Chinese keel, each tactical UUV signals its status back to a command center and awaits the order to immobilize its target.

Source: The US Navy Needs Offensive Undersea Drones – Defense One Until just a few years ago, it looked as if the problem posed by nuclear weapons had been successfully managed, if not solved. American and Russian nuclear stockpiles had been reduced substantially from their Cold War highs, and arms-control agreements were in place that limited both intermediate- and long-range systems.

But all of this now could come undone.

Progress over the last generation was not limited to the United States and Russia. Libya was persuaded to abandon its nuclear ambitions, Israel thwarted Iraqi and Syrian nuclear development, and South Africa relinquished its small nuclear arsenal. Iran signed the Joint Comprehensive Plan of Action (JCPOA), which constrained its ability to acquire many of the essential prerequisites of nuclear weapons. There is no mistaking that this is a new era for Mexican politics. Gone are the globally minded, centrist administrations that swapped power in the years following Mexico’s transition from one-party rule to free elections in the 1990s. In their place is a self-styled champion of the people whose inward-looking economic vision harkens back to the country’s statist past.

AMLO openly dismisses a role for experts and civil society in policymaking, calling them “neoliberal nostalgics,” while lacing his public rhetoric with an almost religious call of devotion to his presidency—all with the passionate approval of his unwavering political base.

Source: It’s a New and Troubling Era in Mexico Under AMLO

Here’s the first issue: Some states have chosen to go all in on community colleges, while other states do very little. Will this be a political problem?