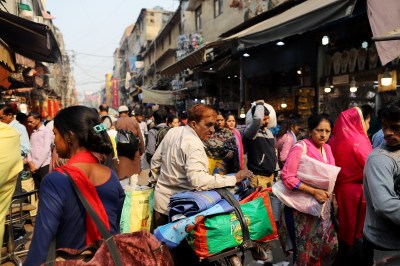 India’s shopkeepers are mobilizing against the global e-commerce giants, alleging they are engaged in predatory pricing in violation of new rules meant to protect local businesses. At stake is the future of retailing in a country with 1.3 billion consumers, where Walmart and Amazon have sunk billions of dollars trying the crack the market and capture its growth potential.

“Amazon and Flipkart are a second version of the East India company,” said Praveen Khandelwal, national secretary of the Confederation of All India Traders at the Delhi protest, referring to the British trading house whose arrival in India kicked off nearly 200 years of colonial rule. “The motive of Amazon and Flipkart is not to do business, but to monopolize and control.”

Source: Amazon and Walmart Thought India Would Be Their Next Giant Market. India’s Shopkeepers Would Like to Disagree | Fortune