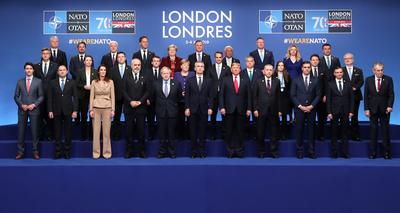 NATO leaders set aside public insults ranging from “delinquent” to “brain dead” and “two-faced” on Wednesday, declaring at a 70th anniversary summit they would stand together against a common threat from Russia and prepare for China’s rise.

Officials insisted the summit was a success: most notably, Turkish President Tayyip Erdogan backed off from a threat to block plans to defend northern and eastern Europe unless allies declared Kurdish fighters in Syria terrorists.