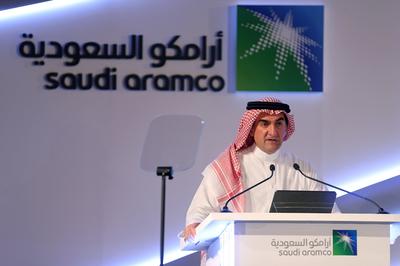 The Saudi Aramco IPO was supposed to be a cornerstone of Crown Prince Mohammed bin Salman’s ambitious plan to open the gates to foreign investment in the kingdom. But there’s no sign of a stampede.

Most of the active fund managers said they would likely steer clear of the IPO, citing persistent concerns about risks around governance, the environment and regional geopolitics.

All of the passive managers, who track certain indexes rather than making specific investment calls, also said they would not buy shares in the offering. But the bulk of them are likely to routinely become investors when the stock is admitted into the indexes of benchmark providers MSCI, FTSE Russell and S&P, a development due as early as late-December. 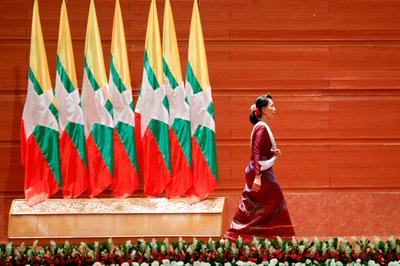 The last time Myanmar leader Aung San Suu Kyi traveled to western Europe, she was feted as the freshly elected civilian ruler of a fledgling democracy who had brought an end to half a century of military dictatorship.

When the Nobel peace prize laureate returns next week, her first trip to the region since a 2017 military crackdown on Rohingya Muslims in western Myanmar, it will be to face accusations of genocide, alongside the army she spent much of her life battling. 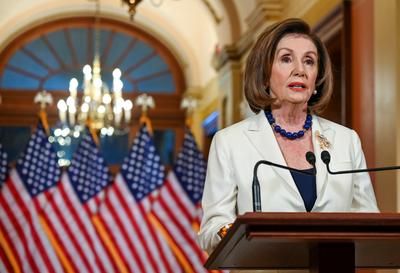 Warning that U.S. democracy is at stake, House of Representatives Speaker Nancy Pelosi directed a congressional committee on Thursday to draft articles of impeachment against President Donald Trump, a historic step setting up a fight over whether to oust him from office.

In a dramatic televised statement, Pelosi accused the Republican president of abusing his power and alluded to Britain’s King George III, the monarch against whom the American colonies rebelled in forming the United States in 1776, saying that in the United States, “the people are the king.” 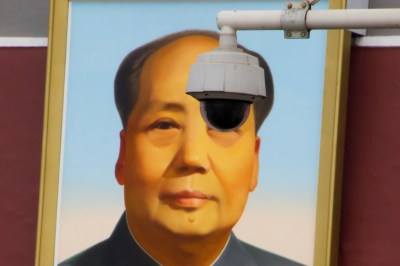 Every move in the city is seemingly captured digitally. Cameras perch over sidewalks, hover across busy intersections and swivel above shopping districts. But Chongqing is by no means unique.

Eight of the top 10 most surveilled cities in the world are in China, according to Comparitech, as the world’s No. 2 economy rolls out an unparalleled system of social control.

China today is a harbinger of what society looks like when surveillance proliferates unchecked.

But while few nations have embraced surveillance the way China has, it is far from alone.

Source: What China’s Surveillance Means for the Rest of the World | Time

Creating is just one element of the “design thinking” classes now installed in 400 Dutch primary schools. In education, this approach focuses on identifying new challenges as they develop and finding potential solutions. As Harvard’s Graduate School of Education notes, this framework can be used to design specific courses or for group projects.

Having empathy and critical thinking skills are crucial for this educational approach, says the program’s inventor, Emer Beamer. An Irish native living in the Netherlands, she founded her nonprofit organization Designathon Works five years ago. Since then, 23,680 children have worked with design thinking principles and the project has already spread to more than three dozen other countries.

“So here we are, less than a year away from the 2020 election and the Trump administration is threatening a new round of tariffs against China, France, Argentina, Brazil, Austria, Germany, Italy, Turkey … to name a few,” as Bernard Baumohl, chief global economist at the Economic Outlook Group, put it in a research note Tuesday.

Reinsch suggests the exhaustive week for trade news was at least partially the result of bad timing. Threats of tariffs on French cheese and wine, for example, stemmed from a U.S. Trade Representative investigation report into France’s tax on digital services that would disproportionately hit American tech companies with a large web presence in the country.

The results of that report were made public on Monday – which was coincidentally the same day Trump threatened duties on Argentina and Brazil, as well as one of several recent days in which tensions escalated between the U.S. and China over American support for pro-democracy protests in Hong Kong.

“I don’t think there’s some grand plan or strategy here or that they’re all related to one another,” Reinsch says. “Some are more explainable than others. And some make more sense than others.”

The nation is in a December meltdown that is causing polarization and pain for both parties and all three branches of government as well as for America and its allies. Distrust and dissension were on full display this week abroad and on Capitol Hill.

Should the House impeach as expected, it appears as of now there will be no GOP votes in favor, fueling the partisan divide and the red and blue voter camps supporting the two sides. An acquittal in the Republican-controlled Senate – which also appears likely at this stage – would mean the entire episode would result in no immediate changes in the political players who have been battling since Trump took office.

Source: December Brings Dissension to Washington and the World | The Civic Report | US News

.. as communities across the U.S. grapple with worsening housing affordability, there is growing interest in how zoning rules could be relaxed to allow smaller, less expensive homes, as in Minneapolis.

Often, the choice is posed as a trade-off between detached homes with big yards or skyscraping apartment towers. In reality, the housing stock in most communities is much more diverse than these two extremes. While high-rise apartments in strategic locations should be part of the solution, many single-family neighborhoods could easily yield more housing—and more affordable housing—if land use rules allowed “gentle” increases in density, such as townhomes, two- to four-family homes, and small-scale apartment or condominium buildings.

Source: “Gentle” density can save our neighborhoods .. there are risks that the current Saudi push to get an IPO done obscures.

First, it may be a good moment politically for Mohammed bin Salman to move forward, but December is not an opportune time for an IPO.

That is because international institutional investors who have met their target for yearly returns are reluctant to take on risk, while others who have not met their goal do not want to risk putting themselves further in the hole, and then you have the people who are so far off their mark that they are swinging for the fences. This is not a great investment environment, to say the least.

Source: Mohammed bin Salman Is Having a Fire Sale of His Political Power | Council on Foreign Relations 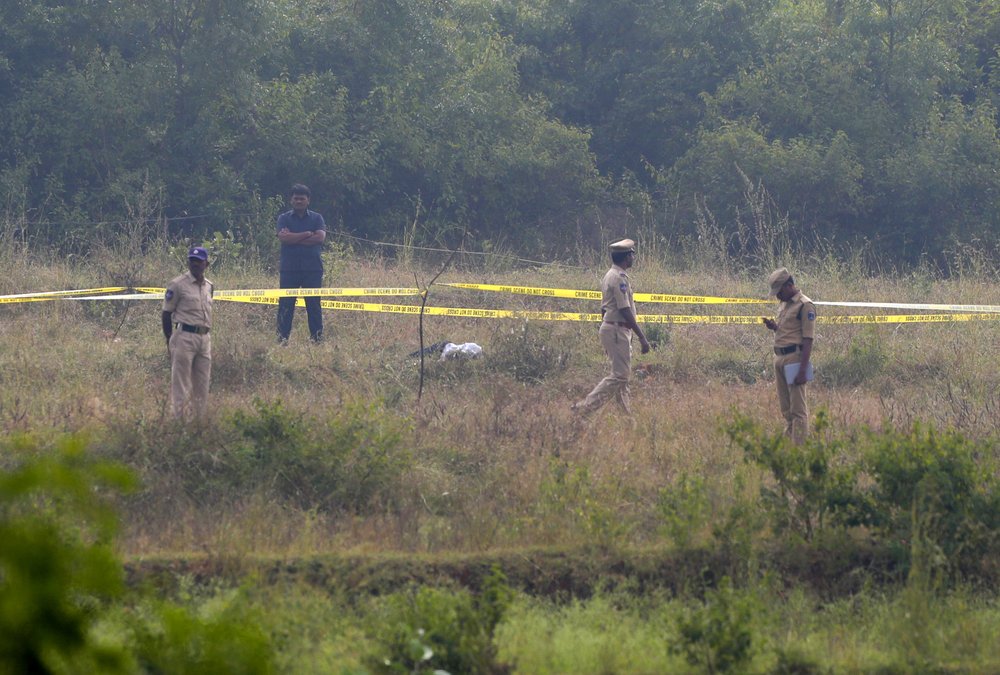 The police brought the suspects to help them locate evidence, including the victim’s phone, Sajjanar said at a news conference.

“The suspects seized some weapons from policemen who had taken them there and started firing,” Sajjanar said.

“Even though our officers maintained restraint and asked them to surrender, but without listening to us they continued to fire and continued to attack us,” Sajjanar said, adding that police returned fire, killing the suspects.