Modulation is fundamental to electronic communications. The modulating signal might be analog in nature (voice or music) or digital bit streams. Most modern communication systems are digital, using discrete levels of amplitude or phase to represent the data being transmitted. The more unique conditions that can reliably travel from a transmitter to a receiver, the more data you can send in a given period of time.

Quadrature modulation is widely used in digital communications systems up to and including 5G.

The basic idea behind modulation is to control one or more parameters of an RF carrier by the modulating signal. Mathematically, we can express this as shown above.

For the past few years, Vodafone has been treating its UK workforce like a bad haircut that demands repeat trips to the barber. In its 2018 fiscal year, average headcount fell by 859 jobs to 12,379. Another 854 went in the most recent one, giving it 11,525 employees at the last reckoning. That means about 13% of jobs have been cut in just two years.

A common assumption was that most job losses had been on the customer services side of the business, where the introduction of artificially intelligent “chatbots” has been widely reported.

Vodafone UK has been in the vanguard of this movement, launching a chatbot called TOBi that relies heavily on Watson, IBM’s artificial intelligence platform, and can now deal with most customer queries.

But it turns out that staff in network roles have felt most of the pain.

Did you ever wonder how much electrical energy people consumed in the past?

Ongoing surveys by the EIA provide answers to those questions while comparing them to country, population size, energy source, and more.

For example, the average annual electricity consumption for a US residential utility customer in 2018 was 10,972 kilowatthours (kWh) per year for an average of about 914 kWh per month or about 30 kwh per day (see below). If the numbers seem confusing, just remember that a kilowatthour is equivalent to a power consumption of 1,000 watts for 1 hour.

On average, the typical American uses 41% of their electric energy on space heating, and 35% on appliances, electronics, and lighting.

Source: Here’s how energy consumption has changed since 1850 | Design News

Here’s the way I put it back in the early 2000’s: “The struggles of these two powerful, yet quite different wireless networks—the much-heralded 3G (telecom) and the dark horse known as Wi-Fi—will determine the direction of wireless technology for years to come. As a result, design engineers, market investors, chip manufacturers, and infrastructure vendors are closely watching this evolving struggle.” (Penton’s Wireless Systems Design magazine)

Today, however, the battle has far less to do with communication vs computational dominance and more to do with global infrastructure and spectrum conflicts between the US DoD, China and the rest of the world.

But before we get into that, a very brief overview of telecom vs. datacom history is needed.

This week, at its annual Snapdragon Tech Summit, the chipmaker unveiled two new mobile computing platforms – the Snapdragon 765 and 865 – both targeted at 5G speeds and artificial intelligence processing for Android-based devices.

“We need systems that put 5G and AI together,” Alex Katouzian, senior vice president and general manager, mobile at Qualcomm, told the Tech Summit audience. He outlined Qualcomm’s roadmap for 2020, where the company plans to be a part of 5G devices released at all tiers, with AI also ubiquitously integrated into them.

According to the Financial Times, Kumar Mangalam Birla, owner of Idea Cellular, one half of Vodafone Idea, has said that the company may have to close if New Delhi does not intervene and stop the billon-dollar charge.

Source: Vodafone Idea on the brink of closure after $4bn charges

This newly proposed investment will be allocated through a reverse auction and would target hard-to-serve areas with sparse populations and rugged terrain. In addition, the fund also will also reserve a minimum of $1 billion specifically for deployments facilitating precision agriculture needs.

After all, product designs must be tested before going to market. The same electronics industry trends apply in the case of test. So what is stopping test teams from benefiting from the same type of platform approach as design teams?

PCB manufacturers are under intensifying pressure to provide increasingly detailed data on each and every finished PCB unit produced on their shop floor, enabling their customers to quickly identify, track and troubleshoot PCB defects throughout the supply chain with the highest levels of data granularity. To meet this challenge, PCB manufacturers are undertaking process modifications that capture PCB production data and root cause analyses at every stage in the manufacturing process.

The process generates vast databases of manufacturing data that ultimately help to deliver full visibility into the manufacturing process, assess functional integrity at each individual layer within a given PCB, and monitor the device’s status as it progresses through the production line.

In addition, PCB manufacturers are seeking methods to use smart manufacturing in new ways to improve the overall process and identify problem areas in factory systems. Advanced process control and visualization applications are key components of this strategy and ultimately will become the enabler for fully automated factories. 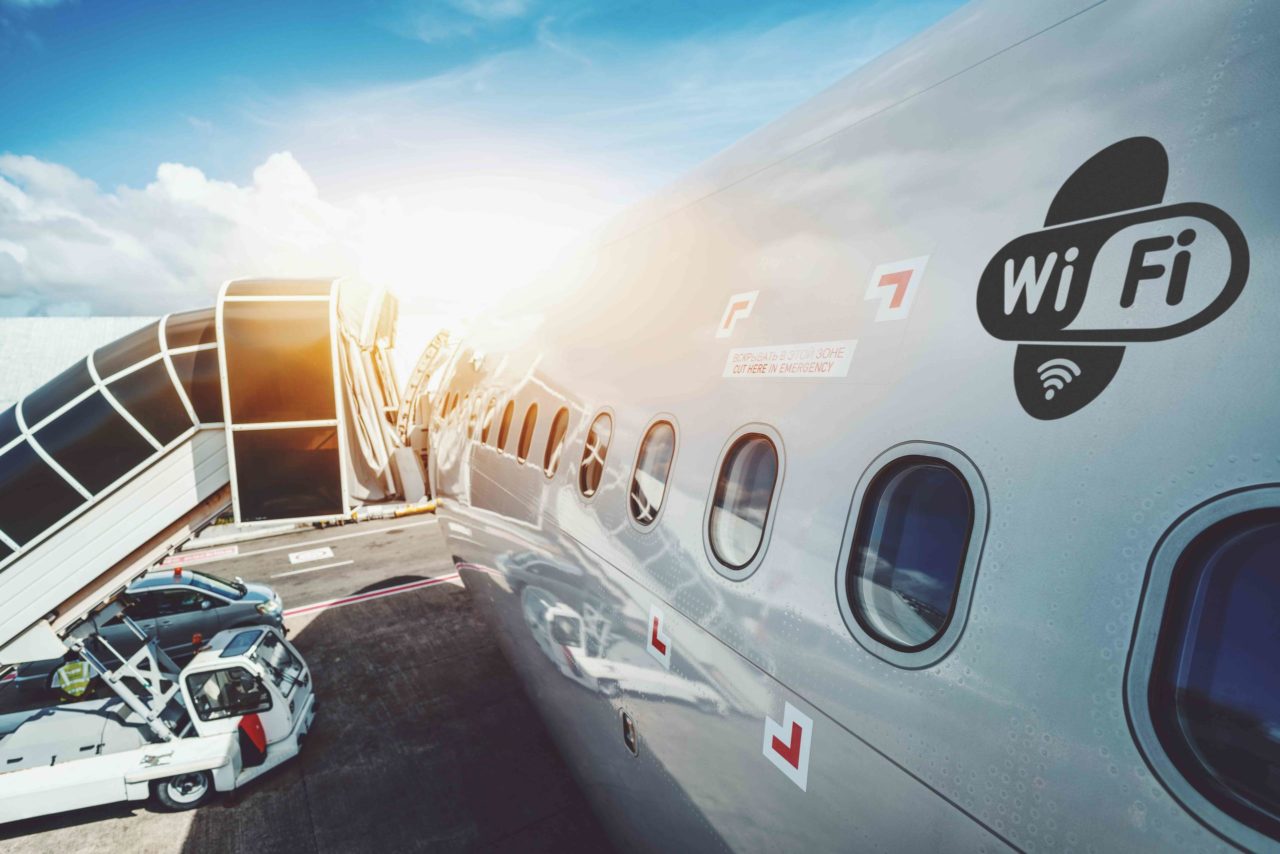 The In-Flight Connectivity (IFC) market has taken off in recent years. But, will the trend continue? According to reports published by both Euroconsult and NSR, the forecast looks good, but consolidation will be necessary for the market to become profitable for the satellite industry.

“The penetration of IFC solutions for commercial aircraft is estimated to have reached more than 32 percent at YE 2018 and is expected to reach about 50 percent by 2028. The main regions in terms of air traffic are Asia, North America, and Europe,” Euroconsult’s report continued.