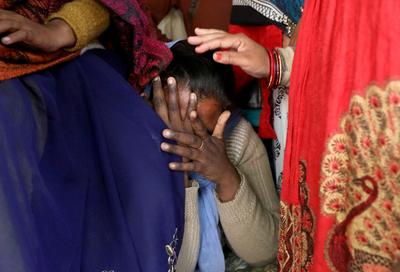 That morning of Dec. 5, the woman had set out early to catch a train that was due to depart around 5 am to meet her lawyer to pursue her rape case, according to her statement in a police report. After she was burnt, the government ordered her moved to a hospital in New Delhi, where she succumbed to her injuries late on Dec. 6.

While her death has sparked nationwide outrage, her village stands divided over it, largely over caste lines.