Alarmed about how the Chinese government is chilling the political speech of athletes like LeBron James? Wait until Beijing starts influencing U.S. scientists. A new report from the Defense Department’s JASON research group says U.S. scientific research can be threatened when Chinese nationals who come to the United States for post-graduate degrees in science and technology return home and are pressed to cooperate with China’s intelligence and security services.

The report, out this month, looked at research projects funded by the National Science Foundation. It found that “actions from Chinese government and its institutions…are not in accord with U.S. values of science ethics.”

Specifically, the report says that the Chinese government just doesn’t get something essential about the way scientific research is done in the United States and in the West: that conflicts of interest have to be spelled out very clearly.

In the case of the Chinese students, it’s a legal obligation to cooperate with the Chinese Communist Party’s security and intelligence services, as laid out in the 2017 National Intelligence Law.

It’s the same law that allows Chinese authorities to obtain any and all information Huawei has on customers, as well as data on technical vulnerabilities in Huawei products.

Source: China Has Increasing Sway in US Science, JASON Report Says – Defense One

American defense leaders have adapted over the years to shifts in technology and conflict — for example, accepting space and cyber as principal warfighting domains and integrating them into planning and thinking about deterrence and escalation.

But national security policymakers are overdue to incorporate economic instruments, such as sanctions and trade controls, into planning for conflicts and crises.

From Russia and North Korea to Iran and Venezuela, U.S. presidents and lawmakers have long employed varying levels of economic pressure to alter the policies of foreign governments. Some of these tools – for instance, severing links between a country and the international financial system – can impose greater costs than some uses of military force. Yet policymakers have given too little thought to how different types of economic pressure intersect with different forms of military coercion.

We are accelerating, on the wings of 5G and long-endurance drones and low-earth-orbit satellites, toward a future where everyone will have easy access to realtime geolocation and even video U.S. military forces.

The countermeasures of past decades, from shutter control to careful timing of sensitive force movements, are all but drained of their potency. Powerful states and non-state actors alike will soon be able to track U.S. and allied military equipment, detecting patterns of training and operations.

This phenomenon — I’ve called it a GEOINT singularity — was not unpredicted.

Nearly 20 years ago, a thesis titled “The End of Secrecy” by U.S. Air Force Lt. Col. Beth Kaspar discussed the implications of transparency to U.S. military competitiveness and recommended a variety of activities ranging from innovating new doctrine and developing fast decision-making processes to integrating camouflage, concealment, and deception both vertically and horizontally into military operations.

In her work, Lt. Col. Kaspar wrote, “DoD should go back to basics and actively incorporate deception into all organizational levels and all levels of warfare.”

Source: US Forces Can’t Hide from Ubiquitous Satellites. They Need to Fool Them. – Defense One 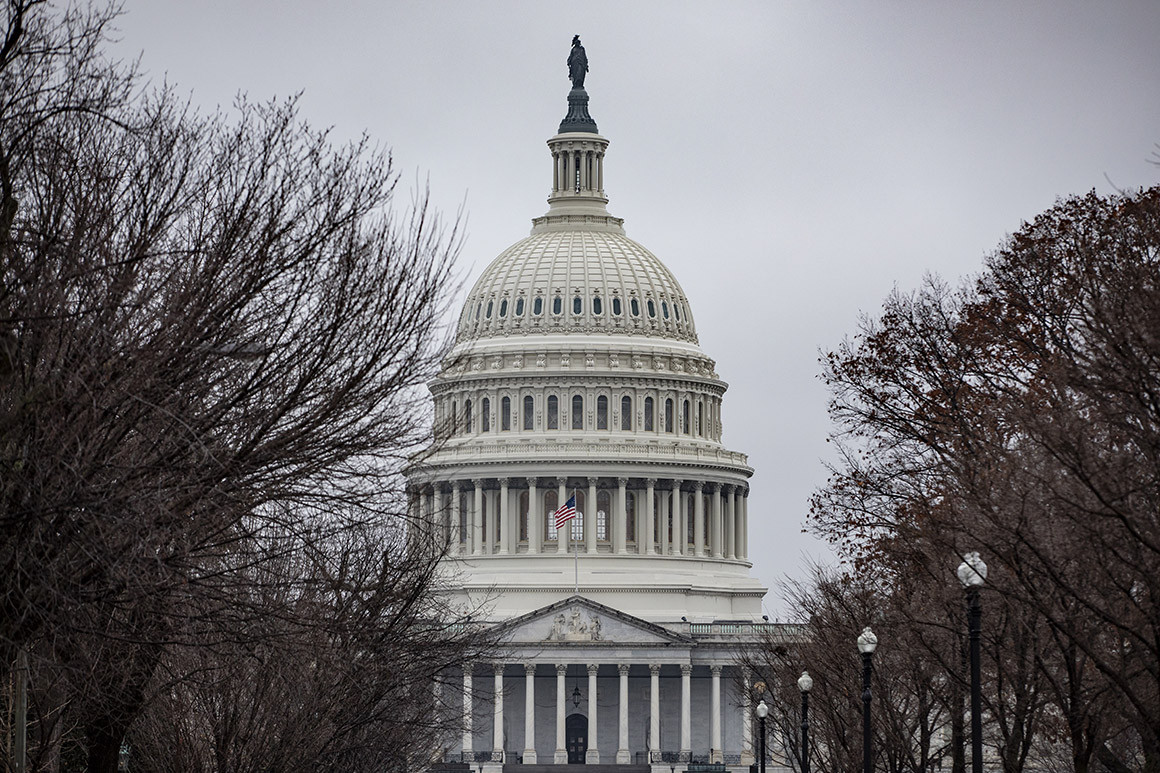 Lawyers for the House told a federal court on Monday that lawmakers will continue their impeachment investigation even after the House votes later this week to impeach President Donald Trump.

In a filing to the D.C. Circuit Court of Appeals, House General Counsel Douglas Letter argued that the House’s demands for grand jury materials connected to former special counsel Robert Mueller’s investigation were still urgent because such evidence might become relevant to the Senate’s expected impeachment trial next month. 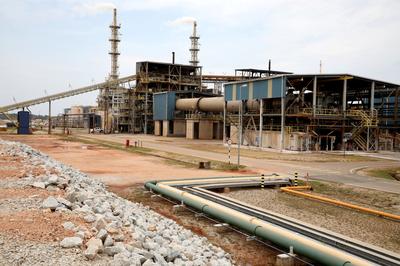 Sprawled across a spent volcano on the remote edge of the Great Victoria Desert in Western Australia, the Mount Weld mine seems a world away from the U.S.-China trade war.

But the dispute has been a lucrative one for Lynas Corp (LYC.AX), Mount Weld’s Australian owner.

The mine boasts one of the world’s richest deposits of rare earths, crucial components of everything from iPhones to weapons systems. 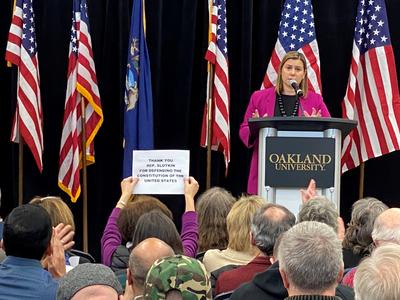 Democratic Representative Elissa Slotkin, co-author of a column that helped launch the impeachment inquiry of President Donald Trump, ended months of uncertainty on Monday by telling voters at a noisy town hall meeting that she will vote for impeachment.

Slotkin is one of seven first-term House Democrats with national security backgrounds who helped pave the way for the impeachment inquiry of Trump, writing a column in the Washington Post in September backing the probe and calling the Ukraine scandal “a threat to all we have sworn to protect.” 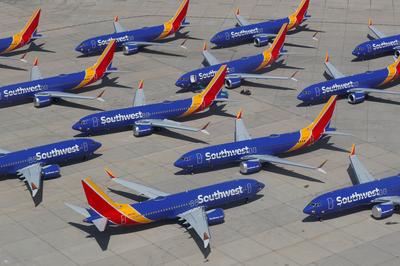 Boeing Co has decided to suspend production of its best-selling 737 MAX model from January, the plane maker’s biggest assembly-line halt in more than 20 years, as repercussions from two deadly crashes drag into 2020.

The U.S. manufacturer said on Monday it would prioritize the delivery of the 400 737 MAX jets it had made since the model was grounded globally rather than feeding more airplanes into production.

Source: Explainer: How the 737 MAX production freeze affects airlines across the globe – Reuters 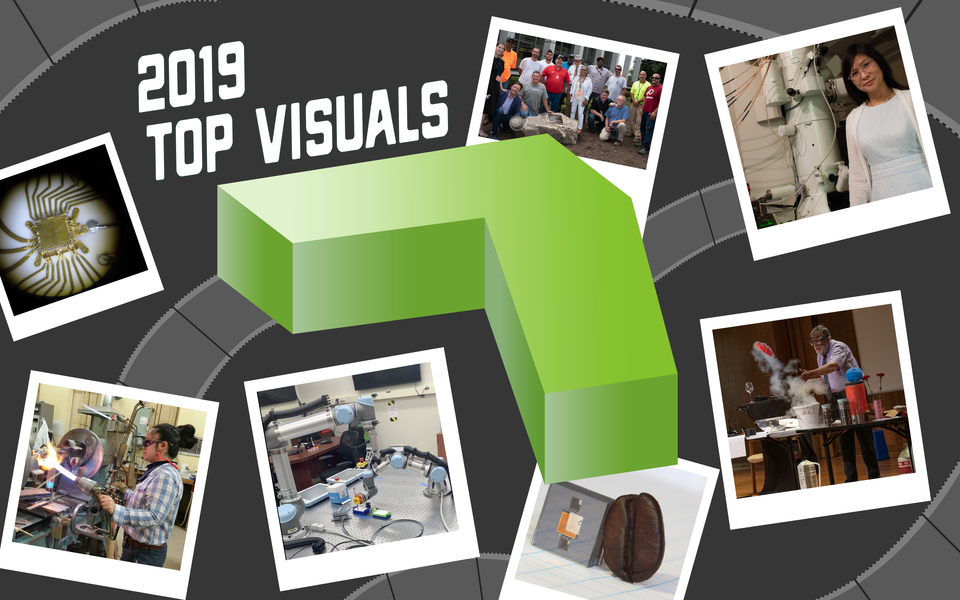 Science, while important, is often thought of as, well, kind of dry in the ocular department. The visuals commonly associated with scientific endeavors are charts and graphs, which are great if you’re a scientist, but for the rest of us, they’re as inscrutable as a professional poker player’s face. But the truth is, science does produce some great images, especially here at the National Institute of Standards and Technology (NIST).

In the past couple of weeks, we’ve shown you the top five blog posts and the top six news stories. Now it’s time for the top seven images!

As Natasha Kassam and Richard McGregor recently observed in The Australian, “The paradox for Xi Jinping’s China is that despite Beijing’s rising economic and military power, Taiwan in many respects has never been so far out of reach.” There presently is negligible support in Taiwan for unification, and even less for the “one country, two systems” model, particularly following recent events in Hong Kong.

The more this trend continues, the more Beijing likely will intensify its efforts to pull Taiwan into its orbit.

Given this reality, Taiwan must ensure it maintains rock-solid relationships with its closest partners, foremost the United States.