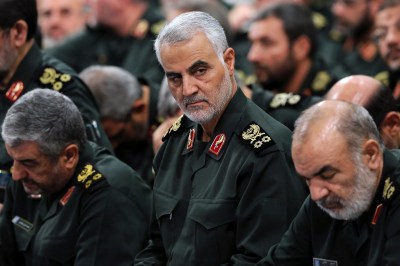 The killing was not like other attacks to eliminate enemies of the U.S.—the raids that killed Osama bin Laden or ISIS leader Abu Bakr al-Baghdadi.

Soleimani was a major public figure in Iran, a Major General in Iran’s Revolutionary Guards Corps, who was easily the most popular official in an Iranian government that generally is not. Inside Iran, and on social media posts circulated globally, he was the frontman of, as well as chief architect for, Iran’s regional ambitions – in Syria, Lebanon, Yemen, and, most immediately in Iraq, where he met his end.

Source: Qasem Soleimani Assassination: Why the U.S. Is Bracing for Retaliation | Time Saudi Arabia and Qatar appear to be closer to resolving a diplomatic feud that has isolated Doha from its neighbors since 2017, although wide gaps still remain.

Source: Are Saudi Arabia and Its Gulf Neighbors Close to Ending the Qatar Boycott? The Islamic Revolutionary Guard Corps (IRGC) was founded as an ideological custodian of Iran’s 1979 revolution. Charged with defending the Islamic Republic against internal and external threats, the corps has gained an outsized role in executing Iran’s foreign policy and wields control over vast segments of the economy.

The IRGC’s ties to nonstate armed groups in the region, such as Hezbollah in Lebanon, help Iran compensate for its relatively weak conventional military forces. Answering directly to the supreme leader, the corps is also influential in domestic politics, and many senior officials have passed through its ranks.

The IRGC was founded in the immediate aftermath of Shah Mohammad Reza Pahlavi’s fall, as leftists, nationalists, and Islamists jockeyed to set the course of the revolutionary republic.

The attack on the U.S. embassy has placed Trump in a vulnerable position in part because it raises questions about his performance as commander in chief, which is perhaps what prompted his ally in the Senate, Lindsey Graham, to try to preempt criticism on Tuesday by declaring that in sending Apache helicopters and more marines to secure the diplomatic facility, the president had “put the world on notice” that “there will be no Benghazis on his watch.”

As the situation at the embassy stabilized, Trump similarly tweeted that “our great Warfighters” and “the most lethal military equipment in the world” had been “immediately rushed to the site,” making his response “the Anti-Benghazi!”

Source: In Iraq, the US Gets Hit Where It Hurts – Defense One

The stunning development comes after more than a week of escalatory events in Iraq and months of warnings by the Trump administration that the United States no longer would tolerate Tehran funding and supporting terrorism, including Iranian proxies targeting Americans or American interests in the region. 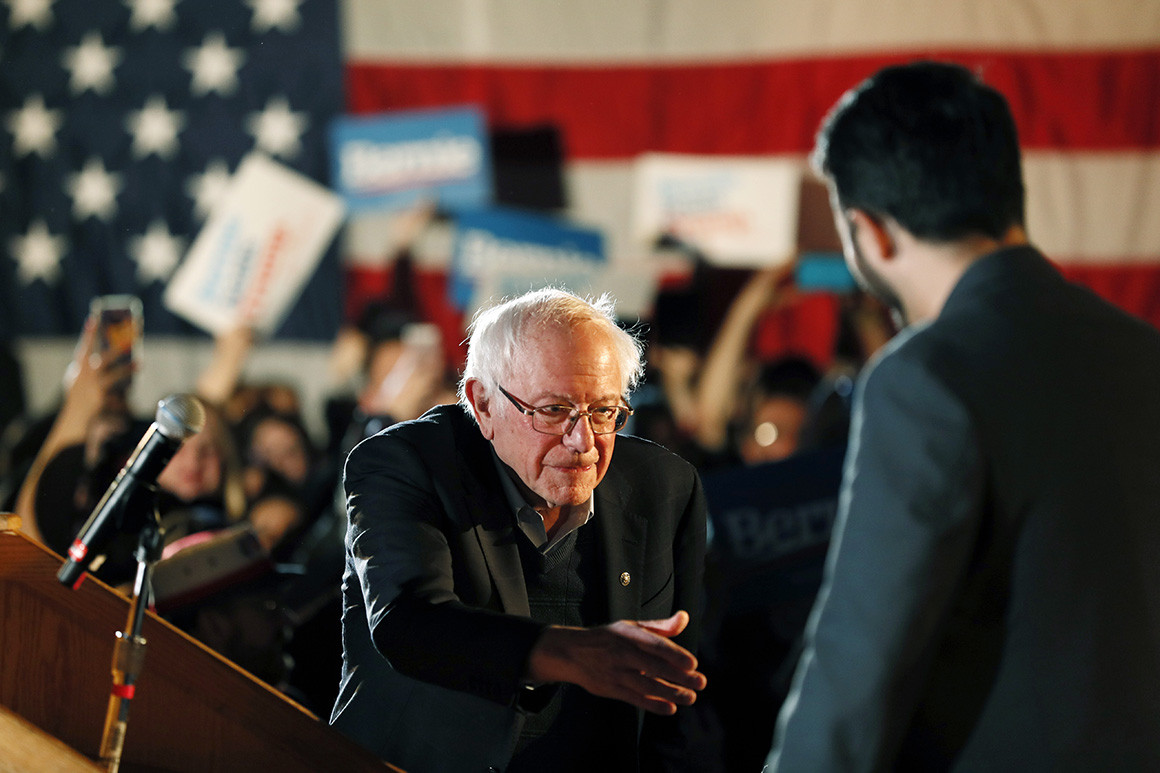 Democrats are riding a massive surge of presidential campaign cash into 2020, boosting the party’s hopes of taking back the White House.

Their leading candidates for president faced criticism last year from party veterans alarmed by tepid early fundraising totals. But they finished up 2019 raking in cash from fired-up donors:

The current Democratic presidential contenders and the Democratic National Committee combined raised over $450 million in the last year — more than President Donald Trump’s reelection machine brought in during that time. 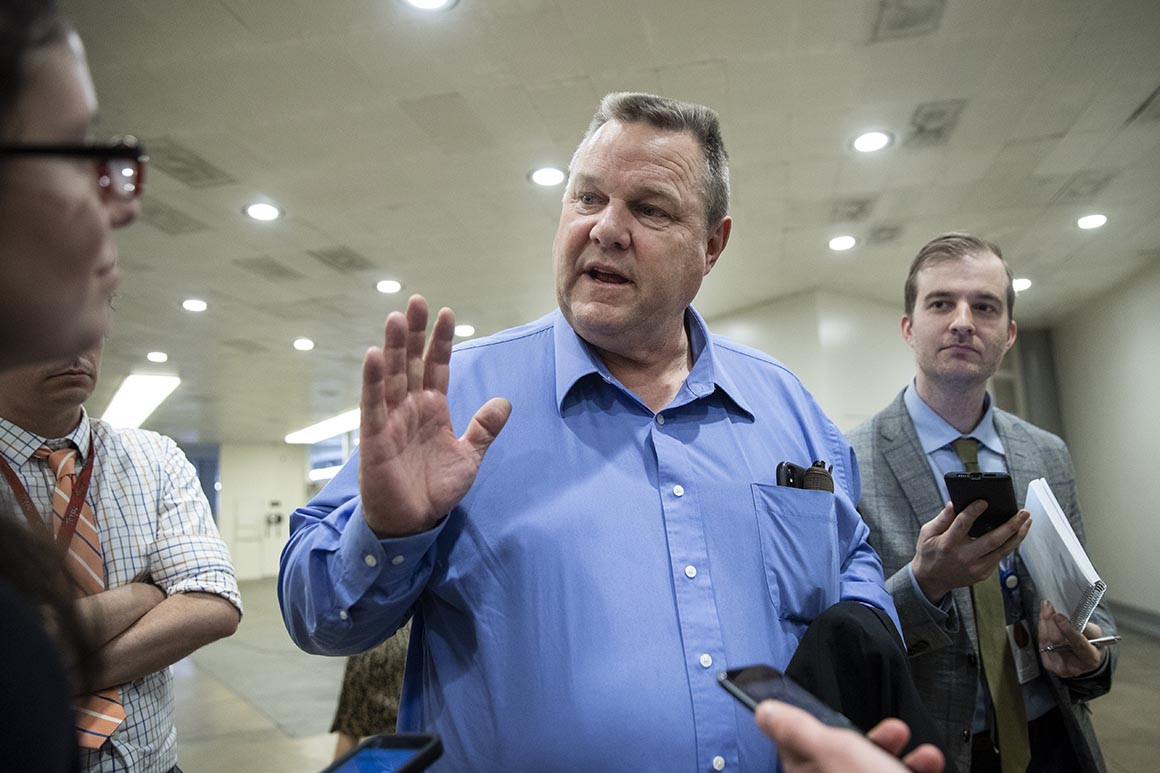 Senate Democrats are expected to almost unanimously declare President Donald Trump guilty at the end of his impeachment trial. But senators across the party’s spectrum insist they haven’t made up their mind.

It’s a bid to entice a handful of Senate Republicans to join their push for new documents and witnesses involved in the president’s Ukraine scandal, particularly those who have expressed dismay with Senate Majority Leader Mitch McConnell’s vow to coordinate closely with the White House.

Source: Why Democrats say they might not vote to convict Trump – POLITICO

Socialist. Acolyte of Hitler. Old and doddering. Mentally ill or “crazy.” Racist. The evil-doer who will end your lifestyle as you know it and pose a great danger to the nation as a whole.

Welcome to 2020 and its presidential campaign, and best of luck, America. According to many of your fellow citizens, those are actually your choices for president this year.

It’s not John F. Kennedy’s “Time for Greatness” or Ronald Reagan’s “Morning in America.” No one likes Ike or is going “Forward” with Barack Obama. This campaign year, the unofficial theme is fear – of the other side, other races and ethnic groups and, most of all, the person running in the other party.

So 2019 seemed tense, with the release of the Mueller report, hate-tweets from sources as high as the president, name-calling and impeachment? That could be the proverbial church social compared to 2020, putting the country even more on edge, experts say, with the hope being that Americans will be at each other’s throats only in the metaphorical sense.

Source: 2020: The Year That Hate of Trump, Democrats and Each Other Fueled America | America 2020 | US News

There are serious questions that have to be addressed in Washington and Baghdad: How is the U.S. working with its allies in Iraq to push back against Iran’s influence?

Why did the Iraqi military allow Kata’ib Hezbollah militias to storm the U.S. embassy?

What steps has the Iraqi government taken to ensure the U.S. and Iran do not use its territory as a launching pad for attacks on one another?

Source: Around the halls: Experts discuss the recent US airstrikes in Iraq and the fallout

The nation’s population growth from 2018 to 2019 grew by a mere 0.48%, according to newly released Census Bureau estimates.

This is the lowest annual growth rate since 1918, and caps off a decade that should show the slowest 10-year population growth since the first census was taken in 1790.

Source: The 2010s may have seen the slowest population growth in U.S. history, census data show