The private equity industry has been under public scrutiny for years, but lately, it seems like it’s been in the headlines more. Private equity was involved in the downfalls of Payless Shoes, Deadspin, Shopko, and RadioShack.

Taylor Swift has placed blame on the “unregulated world of private equity” for a battle over her music.

Is private equity a giant money monster that eats up companies and spits them out as the husks of what they once were, prioritizing short-term gains over creating long-term value and doing a ton of damage to everyday Americans in the process?

Or does it, as some in the industry would suggest, just have a PR problem?

It’s no calumny to say that Trump isn’t much for details or history; he and his allies will usually admit the same. Yet here the president was making a very specific reference to 444-day kidnapping of Americans in Tehran from 1979 to 1981. What gives?

Trump may show little interest in history or detail, but he has a few obsessions which recur frequently, and which explain much about the president’s otherwise puzzling approach to certain issues.

For example, Trump continues to speak about immigration as though countries are deciding who to send overseas, an idea that seems to stem from the Mariel boatlift.

The Iran hostage crisis seems to be another of these: a long-running fixation which has remained not only the central lens, but perhaps the only lens, through which Trump views relations with Tehran.

Source: Trump’s Fixation on the Hostage Crisis Is Driving His Iran Policy – Defense One

Over the last thirty years, China’s involvement in peacekeeping has grown dramatically. In 1990, China provided only five personnel in total to all peacekeeping operations.

Although the United States remains the peacekeeping program’s top funder at 28 percent of the program’s budget, the Trump Administration has proposed a 27 percent decrease in U.S. contributions for the 2020 fiscal year. Furthermore, the U.S. ranks eighty-second out of 119 contributing countries with only thirty-one peacekeeping personnel.

In fact, China stands alone as a top provider of both human and financial capital to peacekeeping efforts.

There are several potential reasons for countries to participate in peacekeeping. 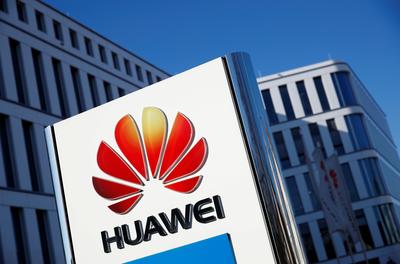 The United States is making a final pitch to Britain ahead of a U.K. decision on whether to upgrade its telecoms network with Huawei equipment, amid threats to cut intelligence-sharing ties, people with knowledge of the matter told Reuters.

Source: ‘Shot across the bow’: U.S. increases pressure on UK ahead of key Huawei decision – Reuters 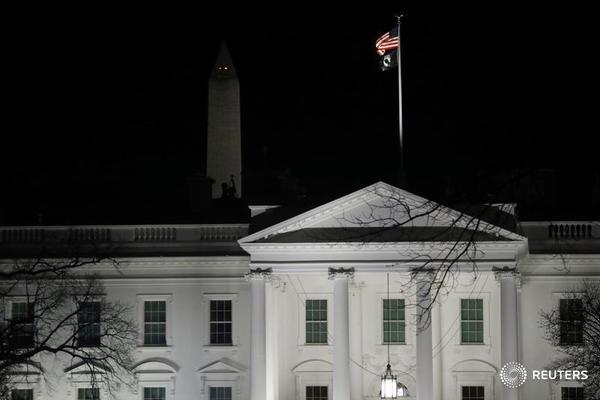 Iranian forces fired missiles at military bases housing U.S. troops in Iraq on Wednesday in retaliation for the U.S. killing of an Iranian general, raising the stakes in its conflict with Washington amid concern of a wider war in the Middle East.

Futures on the S&P 500 dropped about 1 percent and oil prices jumped in light of the news that Iran fired over a dozen ballistic missiles against against U.S. military and coalition forces at the al-Asad air base and in Irbil.

Brookings experts are looking ahead to the issues they expect will shape the world this year and the solutions to address them.

Below, explore what our experts have identified as the biggest policy issues in their field for 2020, the ideas or proposals they encourage policymakers to consider, and the overlooked stories that deserve greater attention.

The historical record offers an answer. The Iranian revolution, which led to the hostage crisis and an energy crisis, was one of Trump’s formative experiences in thinking about America’s role in the world.

In the years that followed, he became obsessed with the symbolism of respect (and the acquisition of oil). He was furious that allies did not pay fealty to the United States. He was outraged when foreign leaders did not meet the American president at their plane. The only time he became frustrated with Vladimir Putin in office was when he looked as if he was disrespecting Trump’s military strength — such as when Russian planes buzzed America’s ships or when the Russians produced a map showing Mar-a-Lago within range of their nuclear weapons.

Trump does not hate Iran per se — his desire for talks is evidence of that — but he does have an obsession with avoiding a humiliation. For Trump, the embassy protests looked like a mash-up of 1979 with Benghazi — the ultimate challenge to his own perception of himself as a strongman. To start with the easiest part, the arguments in favor of the strike are unprovable and absurd, respectively. Soleimani was by all accounts a skilled military commander. But in both Syria and Iraq, he advanced Iranian interests with the help of structural advantages and at the head of an organization that his successor will inherit.

And regardless of how adept his replacement proves to be, the network of militias and armed nonstate actors that Soleimani assembled across the region will remain a threat to U.S. interests. Iran’s regional influence could very well suffer from the loss of Soleimani, but it is hardly a foregone conclusion. More likely is that his death will not have a decisive impact one way or another.

As for reestablishing deterrence against Iran, the claim had already been undermined by the Pentagon’s scramble to prepare for retaliatory attacks in Iraq and the Persian Gulf, as well as President Donald Trump’s repeated threats of massive strikes against Iran—including the illegal targeting of its cultural sites—to scare off Tehran from responding.

Source: Why Hitting the Pause Button Is the Best the U.S. and Iran Can Hope For 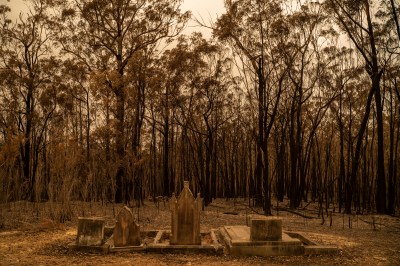 Over the past few months, the bushfires have already scorched millions of acres, killed two dozen people, and slaughtered an estimated half a billion animals in the country, where it is currently summer. But scientists say that the risk of additional fires remains high.

Southeastern Australia has been “abnormally dry” since September, which means that it would need significant rainfall repeatedly over a period of weeks to become damp enough to cut down the risk of fires, says Dan Pydynowski, a senior meteorologist at AccuWeather.

Unfortunately, such prolonged rain does not appear to be imminent in the next few weeks.

Source: How Climate Change Has Made the Australian Bushfires Worse | Time