Senate Majority Leader Mitch McConnell (R-Ky.) is backing a resolution to change the Senate’s rules to allow for lawmakers to dismiss articles of impeachment against President Trump before the House sends them over.

Sen. Josh Hawley (R-Mo.) announced on Thursday that McConnell has signed on as a co-sponsor to the resolution, which he introduced earlier this week. 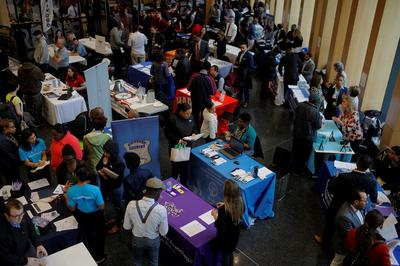 U.S. job growth slowed more than expected in December, but the pace of hiring likely remains sufficient to keep the longest economic expansion in history on track despite a deepening downturn in a manufacturing sector stung by trade disputes. Former Vice President Joe Biden and U.S. Senator Bernie Sanders remain the top candidates for the Democratic presidential nomination as potential voters appear increasingly interested in picking a winner this year instead of someone who shares their interests, according to a Reuters/Ipsos poll released on Thursday.

The legislation aims to reduce the country’s carbon emissions to 70% below its 1990 levels by 2030, with carbon neutrality targeted for 2050.

America’s trade deficit is expected to drop in 2019 to its lowest level since President Donald Trump entered the White House – an apparent sign that his liberal use of tariffs and trade threats is fulfilling a key campaign promise of chipping away at the U.S. trade shortfall with the rest of the world.

But America’s trade standing may not be nearly as healthy as it looks.

A looming Senate trial after a legacy-staining impeachment. Fights with Congress over the power of the executive to use military force without lawmakers’ express approval. Keeping Iran nuclear-free.

The ghosts of presidencies past are haunting President Donald Trump, who is grappling at once with several political and foreign policy crises that individually consumed the attention of previous presidents.

And on top of it, Trump has to juggle them all as he seeks re-election in a deeply polarized political environment.

Source: With Impeachment and War, Trump Faces the Ghosts of Presidents Past | The Civic Report | US News

There is an overwhelming consensus among scientists that this decade will be the last window for humanity to change the current global trajectory of carbon dioxide emissions so that the world can get close to zero net emissions by around 2050, and thus avoid potentially catastrophic climate risks.

But although the massive technological and economic changes required to achieve this goal are well understood, their political implications are rarely discussed.

While climate activists have built an impressive international movement, broadening their political support and crossing borders, the nationalist narrative has been gaining ground in domestic politics around the world.

Its central message—that the world consists of nation-states in relentless competition with one another—stands in sharp contrast to the climate movement’s “one planet” emphasis on human solidarity.

And these two trends are on a collision course. 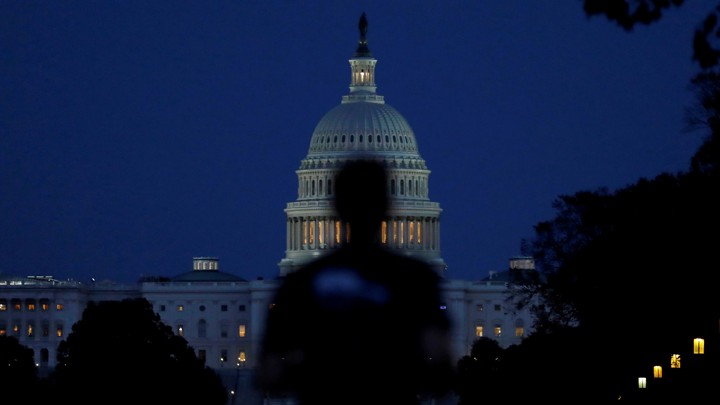 The standoff stems from McConnell’s proposal for how to proceed with the impeachment trial of President Donald Trump: Pelosi has accused McConnell of violating his oath of office, while Senate Minority Leader Chuck Schumer has suggested a trial procedure that would guarantee that at least four witnesses are called to testify. McConnell has balked at agreeing in advance to call witnesses.

Instead, he has argued, the Senate should begin the proceedings without such an agreement and address the question of witnesses only after the House has made its opening argument against the president and Trump’s team has responded.

For this reason, the articles of impeachment remain stalled between the House and the Senate, with Pelosi refusing to deliver them to the other side of the Capitol until McConnell reaches some kind of accommodation with Schumer. There’s no reason, the Democratic leadership argues, to provide the articles to the Senate only for them to be quickly quashed.

Relations between Washington and Tehran have deteriorated since the onset of the Syrian conflict and even more so since President Donald Trump’s withdrawal from the 2015 nuclear deal.

At the same time, Russia and Iran have grown closer through military cooperation in Syria. Moscow’s expanding influence in Syria suggests that a conflict between the United States and Iran could advance Russia’s power and reputation in the region.

At the very least, Russia will be able to paint the United States as an erratic aggressor, leading regional actors and international allies to question cooperation with Washington.

Source: The only winner of the US-Iran showdown is Russia