Future hostilities are more likely to occur in cyberspace, not in physical space.

The Soleimani strike is a harbinger in other ways. Historically, targeted killing has been rare as an instrument of war because it has been so difficult technically. The last time the United States killed a major military leader of a foreign power was in World War II, when American forces shot down an airplane carrying the Japanese admiral Isoroku Yamamoto.

These killings are unlikely to be so rare in the future. Because drones allow constant surveillance and can strike precise targets, states may credibly threaten so-called decapitation attacks in ways that nobody imagined possible short of all-out nuclear war.

When battlegrounds are growing invisible and leaders can be killed by airplanes without pilots, it’s fair to say that conflict is not what it used to be.

Source: The Global Race for Big National-Security Ideas Is On – Defense One

Cyberspace, as many liberal democratic governments see it, is inherently free and open, a boon to democracy that states should not control. Russia, which does not share this view, worries that information flowing into the country may bring malign foreign influence, while data flowing out may provide leverage to its enemies. So the government is expanding “data localization”: rules and infrastructure to help the state keep data on home soil.

These efforts will have repercussions far beyond Russia’s own borders: they will be closely studied by other authoritarian states keen to adopt new mechanisms of control — and by liberal democracies that may be rethinking their own rejections of the notion of cyber sovereignty.

Fending off foreign influence is a centuries-old obsession of Russia’s leaders, who began to formally organize their concerns about the internet in 2000’s Information Security Doctrine of the Russian Federation.

A set of small, uninhabited Pacific islands, very close to China, may be the destination of some of America’s most sophisticated and controversial future weapons: hypersonic missiles that remain nimble even at five times the speed of sound. On Friday, U.S. Army Secretary Ryan McCarthy said the still-in-development weapons would likely change the future of war.

The Army — along with the Air Force, Navy, and Missile Defense Agency — has been advancing work on a variety of hypersonic capabilities. The Army expects to begin testing aspects of its Long-Range Hypersonic Weapon this year, with full flight testing expected in 2023.

“You could put it down somewhere in the South China Sea” to help nullify Chinese anti-access/area denial capabilities: defenses to keep U.S. forces out of specific areas, he said.

Source: The US Wants to Intimidate China with Hypersonics, Once It Solves the Physics – Defense One

A friendly drone was equipped with a Bluetooth beacon, then sent aloft with a host of enemies, company CEO Aaron Pierce said. Air-defense operators in a Stryker ground vehicle was able to down the “enemy” drones and avoid the friendly one, using a Northrop Grumman anti-drone system called the Sophisticated Counter Unmanned Systems Weapon Radio Frequency that includes a 30mm X 113mm chain gun and a LiteEye electronic warfare system.

Source: When Both Sides Have Drones, How Do You Know Which Ones to Kill? – Defense One

President Trump is sending mixed signals to Senate Republicans about what he wants from a soon-to-begin impeachment trial.

Trump’s weekend tweets backing an “outright dismissal” of the articles of impeachment put him at odds with the strategy Senate Majority Leader Mitch McConnell (R-Ky.) has publicly advocated for weeks.

Most Senate Republicans have embraced the call for no witnesses and say they are sticking with their plan for a trial — albeit a quick one.

A federal official said the government would “reassess” how it shares sensitive intelligence with foreign allies who use products from Huawei or other vendors the U.S. deems too risky, but stopped short of endorsing legislation in Congress that would ban such sharing.

In a background briefing with the media, a State Department official fielded questions about ongoing friction with European allies over how best to ensure the security of emerging 5G telecommunications networks.

Last week Sen. Tom Cotton (R-Ark.) introduced legislation that would ban intelligence sharing between the U.S. and any country that uses products made by Chinese telecom giant Huawei in its 5G network.

Source: How much Huawei is too much for U.S. allies? — FCW 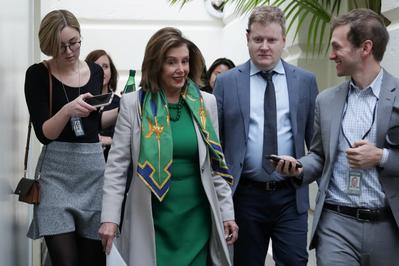 House Speaker Nancy Pelosi will convene the meeting at 9 a.m. (1400 GMT) for a check-in session after saying on Sunday she planned to send the impeachment charges, which she has held since the House passed them in December, to the Senate this week.

Pelosi could also unveil the names of the lawmakers who will be the managers who argue the House’s case in the Senate trial. 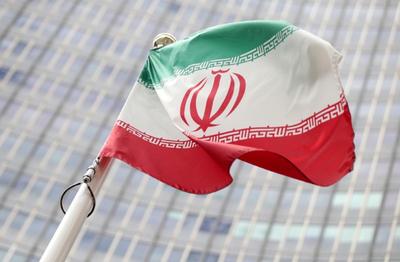 France, Britain and Germany formally triggered the dispute mechanism in Iran’s nuclear deal with world powers on Tuesday, the strongest step they have taken so far to enforce an agreement that requires Iran to curb its nuclear program.

The European powers said they had taken the step to avoid a crisis over nuclear proliferation being added to an escalating confrontation in the Middle East. Assuming that things do go as planned, though, this is far from the end of the story. Trump and his advisers insist there will be a “phase two” deal that addresses the big, structural issues in China’s economic policies, from the government’s support for state-owned enterprises to forced technology transfers.

But in the meantime, which could be rather long, American businesses and consumers will continue to face higher costs because most of the tariffs imposed on China over the past 18 months will stay in place.

So why is this deal, so heavily promoted by Trump, doing so little to undo the effects of the trade war? And what does that mean for the American economy?

A big reason for the limited tariff relief is that this agreement appears to be more about reelection politics in the U.S. than it is about China reforming its economic policies.

Trump’s strongest talking point in the campaign is the relative strength of the American economy, so getting a cease-fire in the trade war that would avoid further escalation and reduce uncertainty was one big goal.

In addition to that, there is a major weakness in selling his story of economic success: namely, declining incomes and increasing bankruptcies among American farmers—due in no small part to the trade war.

More recent data also shows that the U.S. manufacturing sector is contracting, but this “phase one” deal does little to address that.

Source: Does the ‘Phase One’ US-China Deal Pit Farming Against Manufacturing? The 2015 nuclear deal, known as the JCPOA, placed numerous restrictions on Iran’s uranium enrichment capacity. These included the number of centrifuges Iran could operate, the type of centrifuges it could use, the level to which it could enrich uranium, and the research it could conduct to develop more advanced centrifuges.

Sunday’s announcement means that Iran will no longer honor those restrictions. While Tehran did not say which, if any, of the limitations it actually intends to breach, it is making clear it no longer feels obligated to respect any of them.

This is obviously another enormous blow to an agreement that was already on life support, with the United States having pulled out in 2018, but it doesn’t mean it’s officially dead yet.