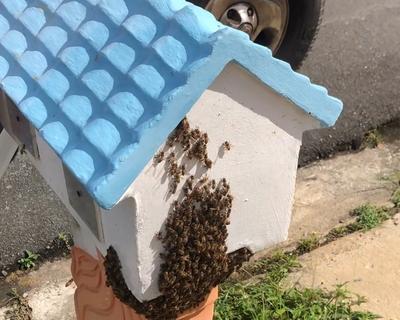 Bees have deserted up to 25% of hives in towns like Guayanilla in southern Puerto Rico after hundreds of tremors and a 6.4 magnitude earthquake rattled the area, said Hermes Conde, director of the island’s Eastern Apiculture School. The quakes have shifted the position of many hives, confused returning bees and caused destruction inside the wooden boxes, he said.

They have also disrupted beekeepers’ normal feeding of hives during winter months as farmers recover from quakes that collapsed hundreds of homes and caused at least one death.

Thousands of Puerto Ricans are sleeping outdoors, fearful their houses could collapse in another big aftershock.

Source: In quake-hit Puerto Rico even the bees are fleeing their homes – Reuters

READ  CEOs should have been the fall guys; why are they still heroes? | Aeon Ideas
Powered by Inline Related Posts