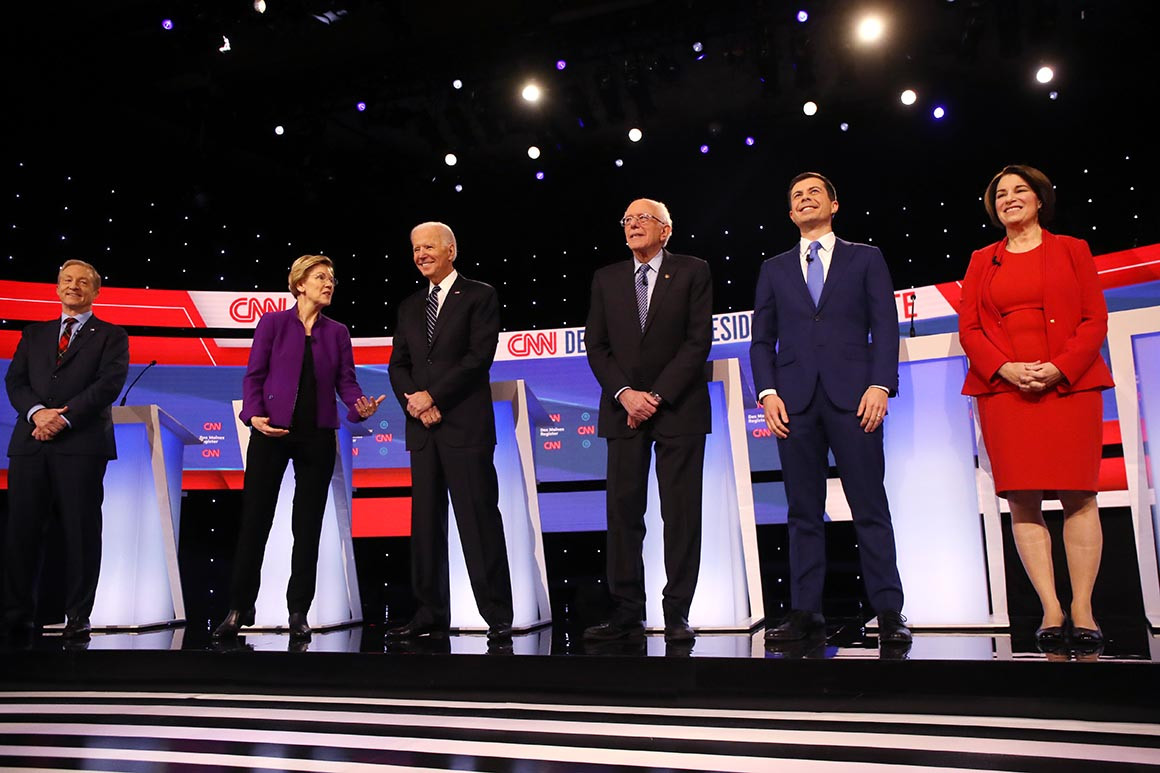 This was not the debate anyone expected, but it was perhaps the debate that voters needed.

Democratic voters, especially those who don’t have the time to pay close attention to politics, in polls and interviews have consistently been bewildered by the size of the field and turned off by petty fights between candidates that do little to clarify their differences.

The CNN-Des Moines Register debate Tuesday night at Drake University did not feature the expected — choose your favorite journalistic cliché — no holds barred/gloves-are-off/there will be blood on the floor exchanges between Bernie Sanders and Elizabeth Warren, or either of them and Joe Biden.

Source: What we learned about the Democratic field from Tuesday’s debate – POLITICO