Women are the fastest growing demographic in the military, and the number using Department of Veterans Affairs health care has tripled since 2000, according to VA data.

While more women than ever are relying on the VA, it’s still a male-centric system, with predominantly male waiting rooms, exam areas and doctors. Female vets say the lack of gender-specific care, privacy, equitable facilities and security can be barriers to seeking treatment.

Last month, not long before boarding a plane to Mar-a-Lago for Christmas, President Trump signed legislation that created the newest military branch in the United States in more than 70 years: the Space Force.

Between the holiday season and more pressing military news, the creation of the Space Force did not initially make a big impression. But the president seems pleased with his newest armed service. “Everybody’s excited about that,” Trump said at a campaign rally in Ohio last week. The crowd responded with boisterous chants of “U-S-A.” Vice President Mike Pence celebrated “America’s heritage as the world’s greatest spacefaring nation” yesterday, as he swore in General Jay Raymond as chief of space operations.

The new organization even has its first controversy: Over the weekend, military officials brought a Bible to the Washington National Cathedral to be blessed for swearing-in ceremonies of Space Force officers, raising objections about the coziness of church and state.

But what will the Space Force actually do?

Source: The US Space Force Is Not a Joke – Defense One

Sen. Susan Collins (R-Maine), who has come under mounting pressure as President Trump’s impeachment trial starts, is now the Senate’s most unpopular member, displacing Senate Majority Leader Mitch McConnell (R-Ky.) in the rankings, according to a new tracking poll.

A quarterly Morning Consult tracking poll finds that Collins’s net approval rating has dropped 10 points in her state since the end of September, a sign of the intense fire she has taken from critics since the House launched its impeachment inquiry.

Republicans are threatening to weaponize a fight on Senate impeachment witnesses amid growing concerns that moderates within their caucus could help Democrats call former national security adviser John Bolton to testify.

After weeks of pledging that they would hold a quick trial with no witnesses from either side, Republicans — from Majority Leader Mitch McConnell (R-Ky.) on down — are sending public warning shots that if their GOP colleagues open the door to Democratic witnesses they’ll respond in kind, forcing votes on a slew of controversial individuals.

A flood of captivating new details surrounding President Trump‘s dealings with Ukraine has spilled out into the public just as the Senate begins the impeachment trial, putting fresh pressure on GOP leaders to consider witnesses and new documents.

The Government Accountability Office (GAO) on Thursday issued a stunning report, accusing the White House budget office of breaking the law by withholding military aid to Ukraine — the very issue at the heart of the Democrats’ impeachment effort.

Russian Prime Minister Dmitry Medvedev has resigned his position following a widespread constitutional shakeup proposed by Vladimir Putin that many believe sets a path for the Russian president to remain in control of his country’s government after existing term limits force him from office in 2024.

The looming date for Putin’s departure has long prompted speculation about his intentions: whether he would begin grooming a successor with an eye toward stepping down after what would be nearly a quarter century in power, whether he would attempt to abolish term limits that would prevent him from maintaining his position or whether he would seek some other constitutional change that would allow him to continue to exercise authority from a different position.

The world’s trust in the United States, a country entering an election year with its impeached president facing trial in the Senate and stirring global alarm over the U.S. killing of an Iranian general, has dropped by more than 50% since 2016, the sharpest drop of any country assessed in the 2020 Best Countries report.

Additionally, the United Kingdom has experienced the second-greatest drop in the world’s trust since 2016, according to Best Countries data.

The swanky hotel ballroom was packed with an estimated 1,000 women, carrying glasses of wine and waving campaign signs as they greeted the slight, nerdy-looking 77-year-old as if he were a music legend – or maybe even a headline speaker at the Women’s March. “We Like Mike! We Like Mike!” they shouted, drowning out the pop music blaring from a sophisticated sound system.

The man of honor, Mike Bloomberg, smiled appreciatively before launching into a campaign pitch made for the audience. He gave the obligatory credit to the “strong women” in his life who have made the multibillionaire who he is. He ridiculed President Donald Trump as a man he knew during his 12 years as New York City mayor – and still regards – as “just a failed businessman who desperately wanted to be on TV.”

Source: Mike Bloomberg Could Be the Democrats’ Secret Weapon | America 2020 | US News

Wind and solar generation require at least 10 times as much land per unit of power produced than coal- or natural gas-fired power plants, including land disturbed to produce and transport the fossil fuels.

Additionally, wind and solar generation are located where the resource availability is best instead of where is most convenient for people and infrastructure, since their “fuel” can’t be transported like fossil fuels. Siting of wind facilities is especially challenging.

Modern wind turbines are huge; most new turbines being installed in the United States today are the height of a 35-story building. Wind resources are best in open plains and on ridgetops, locations where the turbines can be seen for long distances.

Source: Renewables, land use, and local opposition in the United States 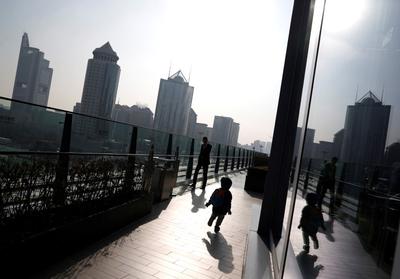 China’s economic growth cooled to its weakest in nearly 30 years in 2019 amid a bruising trade war with the United States, and more stimulus is expected this year as Beijing tries to boost sluggish investment and demand.