The biggest change in the way the United States wages war over the next decade may be a lot more action and a lot fewer radio calls. A recent test that connected the computers of two stealthy Air Force aircraft — an F-22 Raptor and an F-35 Joint Strike Fighter — allowed them to share data automatically, so that their pilots can spend less time talking to each other and more time assessing the data and acting on it.

It’s part of a plan to digitally stitch together virtually everything on the battlefield, allowing data to move quickly and seamlessly between jets, drones, ships and soldiers via a massive interconnected digital architecture called the Advanced Battle Management System, or ABMS.

Source: Toward a War With Fewer Radio Calls – Defense One

One satellite per week. That’s what the Pentagon wants industry to provide under its plans to orbit seven new constellations — each with a different function — by the end of 2020.

The satellites would be smaller (“a few hundred kilograms”), cheaper (about $10 million each), and shorter-lived (about five years) than today’s typical military satellites, which can weigh tons and consume billions of dollars but which are expected to operate for decades.

“We are talking [about] technology that is available to fly within 18 to 24 months,” Derek Tournear, director of the Space Development Agency, said during a Tuesday briefing at the Pentagon.

Source: Pentagon Wants to Build One Satellite Per Week  – Defense One

Senate Republicans forced through a resolution establishing the rules for President Trump’s impeachment trial in the early morning hours Wednesday, rejecting Democrats’ demands for additional witnesses and documents at the outset of the proceeding.

Senators voted 53-47 on the resolution capping off hours of debate, with Trump’s legal team and House managers engaging in a heated, public back-and-forth while senators themselves debated the measure during closed-door caucus meetings.

After decades of international sanctions that hamper Iran’s ability to buy new aircraft and spare parts, the country’s plane fleet is notoriously old and prone to catastrophe—so much so that the early reports citing engine problems sounded plausible to people grimly inured to aviation risks.

But the early explanations for the downing of Ukrainian Airlines Flight 752 quickly crumbled under the weight of obvious falsehoods. In reality, Flight 752 had been downed by Iran’s own air defenses. In the course of retaliating against the United States for the drone strike that killed General Qassem Soleimani, Iranian military commanders apparently mistook the jetliner for an incoming American cruise missile.

But this tragedy never would have occurred had Tehran taken the obvious precaution of halting civilian air traffic as it began missile strikes against U.S. forces in Iraq.

Source: Iran’s leaders have a problem they can’t fix

Source: Crippling the capacity of the National Security Council

The third impeachment trial of an American president got underway in earnest on Tuesday, amid an atmosphere of instant recrimination and polarization.

One small exception came when Senate Majority Leader Mitch McConnell (R-Ky.) made a last-minute concession, announcing that each side would have three days — not two as he had previously asserted — to make its case.

But that was a rare, and relatively minor, shift from McConnell, who has previously said that he would coordinate the conduct of the trial with the White House.

“Do Americans really believe he wants a fair trial? I don’t think so,” McConnell’s Democratic counterpart, Minority Leader Charles Schumer (N.Y.), said at a news conference before proceedings got underway. 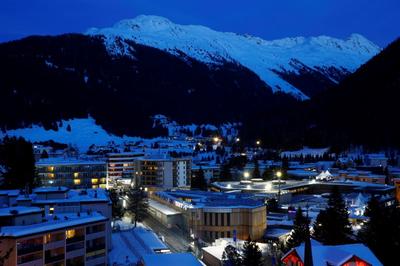 European Union member states lose 170 billion euros ($188.38 billion) a year due to tax avoidance and evasion, a Polish state think-tank said in a report due to be discussed later on Wednesday at the World Economic Forum annual meeting in Davos. 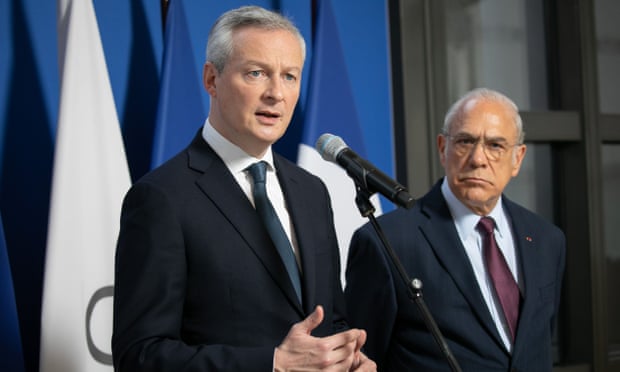 France is poised to announce on Wednesday that it is dropping its go-it-alone plan to tax big US tech companies in exchange for Washington’s agreement to press ahead with attempts to find a multilateral solution.

Hopes of an agreement were rising in Davos after several days of intense talks involving the French finance minister, Bruno Le Maire, the US treasury secretary, Steve Mnuchin, and Ángel Gurria, the head of the Organisation for Economic Cooperation and Development.

The deal is likely to leave Britain – which will introduce a digital services tax in the spring – more exposed to Washington’s anger over what it sees as attacks on its companies.

Source: France poised to drop plan to tax tech giants amid signs of US deal | World news | The Guardian The Supreme Court on Wednesday refused to put a stay on the Citizenship Amendment Act (CAA) and said that the court will set up a five-judge constitution bench to hear the large number of petitions filed against the contentious citizenship law.

The Supreme Court bench headed by CJI SA Bobde also gave four weeks’ time to the Center to reply on the petitions and refused to stay CAA till all petitions are heard.