Donald Trump is the first president in American history to stand trial for impeachment before the Senate for mishandling the nation’s foreign affairs. And while the impeachment power was shaped by the Framers’ concern that a president might “betray his trust to foreign powers,” it has in practice presented some unexpected challenges. At least one may warrant a shift in how the House of Representatives’ impeachment managers are approaching a central element of their case: presidential intent.

For better or worse, modern presidents exercise immense discretion over much of U.S. foreign policy, reflecting a core constitutional responsibility of uncertain scope that’s nonetheless been expanded through subsequent legislation and judicial precedent. Congress imposes certain limits on the president, but rarely the tight constraints one sees in domestic affairs. And federal courts generally defer to the executive on foreign-policy matters, including what policies best serve the national interest.

One might be tempted to conclude from all this activity that the legislature is finally clawing back some of the foreign policy and national security power that it has delegated to the president over the last half century, and especially since 9/11.

But don’t be fooled by the sudden congressional focus on foreign policy. Congress remains in a weak position to restrain the president overseas. The Democrats believe that Trump’s efforts to withhold aid to Ukraine until its government agreed to investigate former Vice President Joe Biden constituted an abuse of power and necessitated a vote to impeach the president. But the outcome of the Senate trial will reflect domestic politics, not senators’ views about legislative oversight of foreign affairs. Congress’s inability to pass a veto-proof bill to limit the president’s war powers in Iran, moreover, is one more sign that the balance of power on foreign policy isn’t shifting back toward the legislative branch.

If the Cold War led to the rise of the imperial presidency, the end of the Cold War left the office virtually unconstrained overseas. Without great-power competition to focus the public’s attention, Congress turned inward. Constituents no longer seemed to value expertise on foreign affairs, so new members were less likely to develop proficiency. Leading committees such as Senate Foreign Relations and Senate Armed Services held fewer and fewer hearings, thus limiting direct legislative oversight of the executive branch.

The 9/11 terrorist attacks refocused attention on foreign policy, but they only accelerated the trend toward increasing presidential war power. Congress authorized the use of military force against those responsible for the attacks, but the same AUMF has been used to justify nearly two decades of military or related action in at least 14 countries.

Later, the United States engaged in a new military effort in Iraq and Syria to combat the rise of the Islamic State, also known as ISIS, but there was little congressional appetite to update either AUMF. As a result, both authorizations remain on the books for the president to invoke. Indeed, National Security Adviser Robert O’Brien asserted that the 2002 AUMF gave Trump the authority to kill Soleimani.

Trump has demonstrated just how much power the executive has accrued. He unilaterally imposed tariffs on adversaries and allies alike, gave Turkey a green light to invade Syria, and authorized the assassination of Iran’s most important general. After the Soleimani strike, Trump sent out a tweet that he said served “as notification to the United States Congress that should Iran strike any U.S. person or target, the United States will quickly & fully strike back.” He added that “such legal notice is not required, but is given nevertheless!”

The last time Congress sought to reclaim power over foreign policy from the executive branch was after Watergate—and those reforms ultimately faltered. This Congress is roiled by intense partisanship and unlikely to have any more success reining in the president. The old adage that “politics stops at the water’s edge” hasn’t applied to Congress in decades—if it ever did.

It is not just partisanship preventing Congress from taking more responsibility for foreign policy. Lawmakers regardless of party status are loath to leave their fingerprints on measures that limit presidential discretion in committing troops abroad, for fear of having those measures held against them down the road.

Much as we might wish them to, lawmakers are unlikely to seize this opportunity to reassert the powers entrusted to them by the framers of the Constitution. 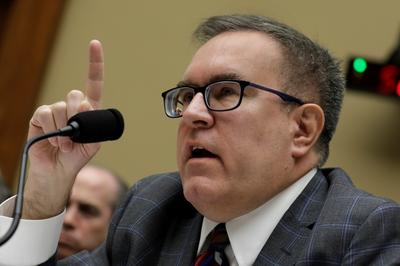 The Trump administration on Thursday will announce a plan to pare back the types of waterways protected from pollution under federal law, in a move intended to ease burdens on industries like agriculture and mining.

The plan could deliver a political win for Republican President Donald Trump in the Farm Belt, a key political constituency ahead of the November election, but will deepen anger among conservationists worried he is cutting regulatory red tape at the expense of the environment.

We have instant access to those web pages along with all of their untold millions of apps, videos, photos, articles, and goofy memes.

It follows that a world of overwhelming choice is also one of overwhelming competition for attention. To have any chance of competing, products and services need to be easily understood, compelling, and even beautiful. With the internet now providing the most potent means of distribution, design has become the most potent means of differentiation.

Younger generations intuitively understand this dynamic and, accordingly, show a lower tolerance for bad design. When I was a kid in the ’90s, and I couldn’t figure out how to program our VCR, I blamed myself and cracked open the instruction manual.

Today, kids and young adults who can’t figure out how to change episodes on HBO’s streaming service blame the product, not themselves—the onus is on companies to help us intuit their products. This is in spite of a joint statement issued last November by the heads of numerous federal agencies—including the Justice Department, Pentagon, Department of Homeland Security and FBI—warning that “Russia, China, Iran, and other foreign malicious actors all will seek to interfere in the voting process or influence voter perceptions.” Congress’ willful failure to pass laws to address this challenge makes it practically inevitable that foreign actors will continue to take advantage of America’s vulnerabilities.

Source: In the 2020 US Election, Russia Will Interfere Again. America Isn’t Ready

Being able to get away with a few white lies can be a useful skill. Giving your boss a plausible explanation as to why you’re late to work, for example, can be fairly handy — why do they have to know you just pressed snooze a few too many times?

Some of us get better results than others, of course, when we tell fibs. But those who think they’re better at lying than average seem to have a few things in common, according to new research published in PLOS One.

To understand what makes a good liar, Brianna Verigin from Maastricht University and colleagues surveyed 194 participants on their lying habits.

Source: Here’s How Good Liars Get Away With It – Research Digest

“The level of toxicity in the workplace is at an all-time high,” warns Johnny Taylor, president and CEO of the Society for Human Resource Management. Taylor’s organization recently set up a pop-up coffee house in the middle of the Oculus at the World Trade Center complex in New York City to bring attention to the issue and its new report titled “The High Cost of a Toxic Workplace Culture: How Culture Impacts the Workforce—and The Bottom Line.”

Cultures of control or cultures that are indifferent to people, both of which are toxic and isolating, are often the culprit behind rising stress, job burnout and loneliness that is all too common today.

Source: The No. 1 Obstacle to Great Workplace Culture – Government Executive The Doomsday Clock, created in 1947 to track how close the world is coming to nuclear annihilation, says we are just two minutes away from Armageddon.

The calculation is the same as last year’s, which means it’s still the closest we’ve ever gotten to the end of the world since 1953, when Soviet dictator Josef Stalin died and the U.S. and the Soviet Union had their nuclear arsenals pointed at each other.

The new research, published in the journal Nature Sustainability, has found that for 14,000 years Native Americans were not making major changes to their natural landscape. 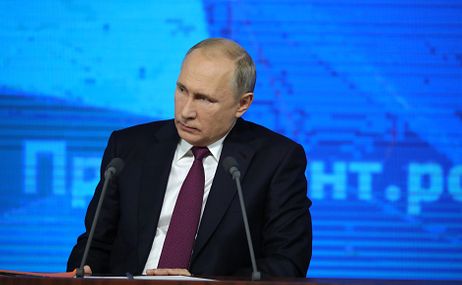 Since Vladimir Putin came to power twenty years ago, much ink has been spent detailing the role of the security services in Russian politics, and it is generally accepted that the Putin regime essentially is a result of the Soviet-era KGB’s takeover of the Russian state.

But few have ventured into specifics – how does Russia make its influence felt? Who is the “enforcer” with the power and resolve to translate Moscow’s words into action?

The role of security services in foreign policy is a notoriously challenging subject of study. Acknowledging this, we contend that there is overwhelming circumstantial evidence to suggest that Moscow’s manipulation of security services is a key instrument in its efforts to maintain its “sphere of privileged interests” in its neighborhood, and equally, a leading impediment to political reform.

This is illustrated by an examination of those moments in the life of the new post-Soviet states in which the hand of Moscow appears to be present.