By Laura Carlson – Anyone can fall into an unhealthy routine. The trick is to recognize you could make better choices and then follow through. Through structuring good habits, you can reshape your lifestyle and map your own road to health and happiness.

Drink water. This is an important component in healthy eating. People who are fit, healthy and happy tend to drink water, and lots of it.

Exercising. Exercise is the other biggest component in a healthy, fit lifestyle. Some research reflects that regular exercise helps reduce your risk of many life-shortening health issues, such as heart disease, cancer, and type 2 diabetes.

Source: Choices and Habits are Your Roadmap to Health and Happiness

Democrats on Thursday sharpened their case for removing President Trump from office, kicking off the second day of opening arguments in the Senate impeachment trial by zeroing in on the first of the House’s two charges: abuse of power.

The proceedings come on the heels of Wednesday’s arguments, in which Democrats laid out a broad, if detailed, chronology of Trump’s pressure campaign on Ukrainian leaders last year.

An analysis from U.S. News & World Report, based on recently released U.S. Census data, shows Motown is the second-least racially diverse city of 300,000 or more. African Americans make up 80% of its 670,000 residents, one of the highest percentages of any city in the nation.

Yet as Detroit’s fortunes are changing, so, too, is its racial composition. From 2010 to 2018, Detroit saw the biggest growth in racial diversity of any city analyzed by U.S. News, a trend fueled largely by an influx of white residents. Drawn to the Motor City by its anything-is-possible buzz, experts say, the newcomers stay because of below-average costs of living – particularly cheap housing – along with low business start-up costs and gritty Midwestern street cred.

Source: Amid Detroit’s Rebirth, Many African Americans Feel Left Behind | Cities | US News

.. while it is not the sort of job the mild-toned Schiff seemed to want when he came to Congress, he has embraced it with an understated ferocity, standing for hours on end as he has invoked history, facts and evidence, constitutional law and the stakes for American democracy to make his case against President Donald Trump.

On Tuesday, he delivered his opening statement, starting with Alexander Hamilton’s warnings of a despotic government and then laying out the evidence Schiff said proves Trump abused his power and obstructed Congress. As the House case – mounted entirely by Democrats – proceeded, Schiff would pass the prosecutorial baton to other members of the team but often came back to argue the case himself, at length.

An international conference hosted by Germany on Sunday secured a promise from several outside powers to stop interfering in the armed conflict in Libya. It also provided a sobering glimpse of the future of conflict diplomacy in the 21st century.

The two main actors vying for control of the country — the head of the U.N.-backed government, Fayez al-Sarraj, and the rebel general Khalifa Haftar — were present but not at the table. (Still, they agreed to staff ceasefire talks.) The key signatories were Algeria, Egypt, Turkey, the United Arab Emirates, and Russia, whose supplies of arms and mercenaries have fanned the conflict into a conflagration. China, another co-signer, has long-term oil industry and infrastructure investments to protect.

Source: The West must reassess its record on foreign intervention

Everyone will welcome better automated customer service, where you can get accurate and thorough answers to questions about complex topics. For example, soon, it might be easy for AI to convey what your health insurance actually covers, based on a database of similar prior claims.

For most of these interactions, it will be obviously and intentionally clear that the text you read, voice you hear, or face you see is not a real person. However, other times it will not be so obvious. As AI technologies quickly and methodically climb out of the uncanny valley, customer service calls, website chatbots, and interactions on social media and in virtual reality may become progressively less evidently artificial. 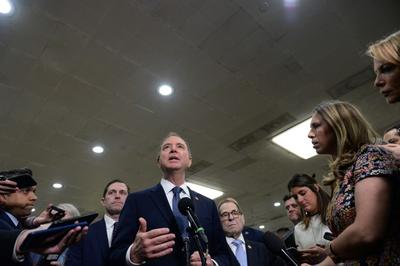 Over the first three days of Trump’s impeachment trial, the head of the House of Representatives Intelligence Committee, Adam Schiff, has led a team of Democratic lawmakers serving as prosecutors as they lay out their evidence that Trump abused his power by pressuring Ukraine to investigate former Vice President Joe Biden, a leading 2020 Democratic presidential contender.

Even a few of Trump’s fellow Republicans have said Schiff has made an effective case.

Amnesty International India, in collaboration with Amnesty International – International Secretariat (AI-IS) conducted the study to measure the nature and scale of online abuse faced by women politicians in India. It found that women who express their opinions online are targeted with abuse not just for their opinion, but also for the various immutable identities – such as gender, religion, caste, marital status and many more. Australia has always had bushfires. But with more people living in fire-prone areas, the risk that humans—rather than natural causes such as lightning—ignite the fires has grown. All it takes is malfunctioning equipment or an arsonist for acres to burst into flames.

Source: Australia’s Fires Will Rage Again. Here’s How the Government Can Prepare. | Council on Foreign Relations 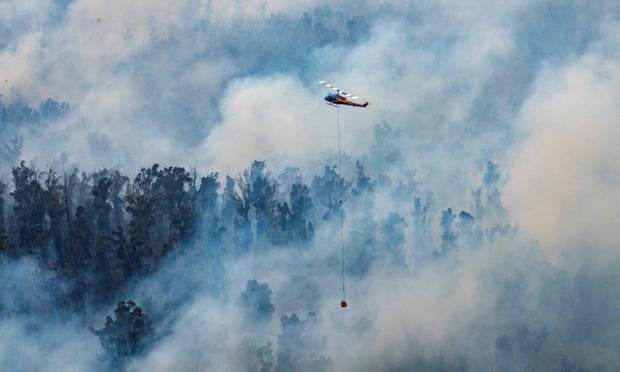 The devastating bushfires in Australia are likely to cause a jump in carbon concentrations in the atmosphere this year, a forecast suggests, bringing the world closer to 1.5C of global heating.

The fires have not only released vast amounts of carbon dioxide and soot, but the unusual extent of the blazes means regrowth is likely to be slower than in previous years. That will reduce the amount of vegetation available to act as a carbon sink, meaning less carbon dioxide is removed from the air.

Source: Australian bushfires will cause jump in CO2 in atmosphere, say scientists | Environment | The Guardian