Once again, the United States risks being drawn into an unnecessary war in the Middle East. Donald Trump’s impulsive and reckless escalation of conflict with Iran, most recently his decision to order the killing of Qassem Soleimani, illustrates the danger of electing the most corrupt and unqualified president in our nation’s history—a man who has little idea of what it means to put the nation’s interests ahead of his own.

But it is also the consequence of an approach to foreign policy that relies on the U.S. military to achieve the impossible, instead of doing the hard work of statecraft.

Sending our military to fight should be the hardest decision we make as a country. Instead, it has become the politically easy path, across political parties and administrations—a way to avoid making compromises or difficult choices about priorities.

Source: We Can End Our Endless Wars – Defense One

All of the defense-acquisition-reform legislation passed in recent years by Congress has been well-intentioned; some of it has also been helpful.

Various rapid acquisition and Other Transaction Authorities have helped speed new capabilities to the field. Other changes have helped protect the national security innovation base, shoring up the process by which the Treasury Department reviews foreign investments in U.S. manufacturers, countering Huawei’s dangers, and urging DOD to protect its supply chains. Still other provisions have usefully encouraged more commercial practices in DOD.

But too much recent legislation is burdensome beyond its benefits.

Source: A Call to Inaction on Defense Acquisition Law – Defense One

McConnell on Monday deflected growing calls, including from fellow GOP senators, to allow testimony from Bolton and other potential witnesses, which could prolong the trial and deal a massive blow to Trump and Republicans.

Senate debate over whether to call additional witnesses was upended Sunday following a New York Times report revealing that Bolton claims in a draft of his forthcoming book that Trump told him directly he wanted to freeze U.S. assistance to Ukraine to spur an investigation of former Vice President Joe Biden.

Some will argue that in a court of law, the accused does not have to prove his or her innocence. However, as Chief Justice John Roberts reminds us at the start of each trial day, senators are sitting in a court of impeachment.

The standards are different; the expectations differ from that of a traditional jury trial. But what’s more, impeachment is a stain on a presidency, and a president who seeks to rid himself of the historical scarlet letter “I” should work tirelessly to demonstrate his innocence and put to rest the accusations from the House of Representatives.

For President Trump, that would include turning over material that demonstrates his true concern with Ukrainian corruption rather than a politicized focus on the best way to derail Joe Biden’s candidacy.

That approach would do more than ensure a Republican party-line vote acquitting him in the Senate. It would help bring moderate Democrats to his side and exonerate him in the eyes of both the public and the annals of history. 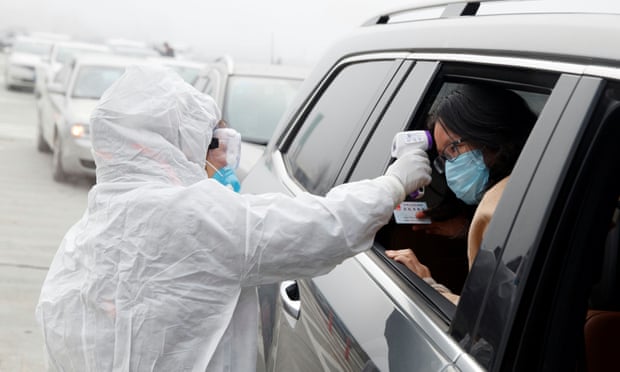 The coronavirus outbreak will have a “significant” impact on Chinese growth, economists have warned, with the “wildcard” of still unknown infections posing potentially serious risks for the global economy.

Shares in Asia Pacific continued to fall on Tuesday in the wake of heavy losses at the start of the week which has seen the death toll from the outbreak in China almost double in two days to 105. 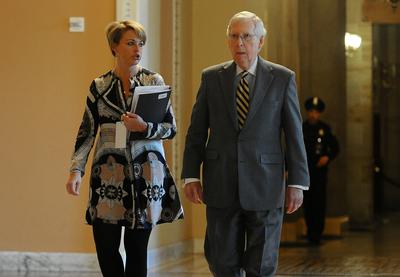 The elephant in the room on Day 2 of Trump’s defense arguments was John Bolton, the former national security adviser whose unpublished book manuscript, according to the New York Times, included disclosures that go to the heart of the abuse of power charge against Trump. Though controversial on its own, the citizenship law has triggered such strong opposition because it epitomizes the sharp right turn Modi has taken in his second term.

Since August, his government has implemented a series of divisive policies that align with long-held ideological goals of the ruling Bharatiya Janata Party’s Hindu-nationalist base but run counter to India’s secular ideals. The act, which provides fast-track citizenship to non-Muslim migrants from Pakistan, Afghanistan and Bangladesh who came to India prior to 2014, was the last straw.

The Indian government argues that its intention is to provide refuge to persecuted religious minorities from these three neighboring countries, but its critics fear it is another attempt to marginalize India’s 200 million Muslim citizens.

It builds on a troubling track record. Last August, the Indian government scrapped the special autonomy of the state of Jammu and Kashmir and implemented a security clampdown there, parts of which remain in place today. The audacious step inflamed tensions with Pakistan to dangerous levels and further sullied India’s democratic and human rights record in its only Muslim-majority state.

Later that month, the government published a National Register of Citizens in the state of Assam that excluded nearly 1.9 million people, many of them Muslim migrants from Bangladesh.

Source: In India, Modi Faces a Growing Backlash to His Hindu Nationalist Agenda

“South Korea’s only viable strategic option for the foreseeable future is continued cultivation and strengthening of the alliance with the United States,” argues Scott A. Snyder in South Korea at the Crossroads: Autonomy and Alliance in an Era of Rival Powers.

“Despite China’s rising economic and political influence in East Asia, the United States remains the country that is most capable, committed, and strategically aligned with South Korea,” writes Snyder, Council on Foreign Relations senior fellow for Korea studies and director of the program on U.S.-Korea Policy.

“A major factor influencing South Korea’s strategic choices is the relative balance of power between China and the United States,” he writes. “Korea’s historic preference has been to accommodate the country with the greatest influence on Korea while seeking to preserve Korea’s security and sovereignty.”

Source: South Korea at the Crossroads | Council on Foreign Relations

Managing foreign policy crises has become a recurring challenge for U.S. presidents. Since the end of the Cold War, there have been one hundred twenty occasions in which a threatening development overseas triggered a period of intense, high-level deliberation about what the United States should do in response (see the list of U.S. foreign policy crises from 1989 to 2019).

This equates to an average of fifteen crises for each four-year presidential term. Although the stakes varied from crisis to crisis, each required the president to decide––usually in pressured circumstances and with considerable uncertainty about the risks involved––whether the situation warranted sending military forces in harm’s way to protect U.S. interests.

On more than forty occasions, the president determined that it did. While most of these crises were eventually resolved with little or no lasting impact on U.S. interests, some festered and became more difficult and costly to address at a later date. Each year since 2008, the Council on Foreign Relations’ Center for Preventive Action (CPA) asks foreign policy experts to rank thirty ongoing or potential conflicts based on how likely they are to occur or escalate in the next year, and their possible impact on U.S. interests.

This year, “perhaps as an indication of rising concern about the state of the world, respondents rated more threats as likely to require a U.S. military response for 2020 than in any other Preventive Priorities Survey (PPS) from the last eleven years,” notes Paul B. Stares, CPA director and General John W. Vessey senior fellow for conflict prevention. “Of the thirty conflicts in this year’s survey, only two were judged as having a low likelihood of occurring in 2020.”

Source: Conflicts to Watch in 2020 | Council on Foreign Relations