Solid majorities of the nation, in other words, could vote for a Democratic White House, a Democratic House, and a Democratic Senate, and yet Republicans could gain control of all three.

The system is rigged.

It was rigged from the outset, quite intentionally, to favor small states. Under current political coalitions, that’s become an enormous advantage for Republicans.

The country’s framers obviously could not have known that they were creating a system that would give Donald Trump’s party an unfair advantage over Hillary Clinton’s party more than two centuries later. But they did create a system that favors small states over large states.

Source: The Electoral College, the Senate, & other ways our democracy is rigged – Vox

Everything is just fine. Okay, there’s the Huawei thing. And the disagreement over how to deal with Iran. And global warming, trade wars, NATO, an investigation into Prince Andrew, and the requested extradition of the wife of an American diplomat who killed a British teenager. Oh, and there was that thing where the British ambassador was unceremoniously dumped after being criticized by the American president. Still, all of these are merely “wrinkles” in what remains a very smooth and special relationship between the United States and Britain.

At least this was the message British Foreign Secretary Dominic Raab and U.S. Secretary of State Mike Pompeo projected in London today.

Let’s test these statements on their own merits. First, are the United States and Britain really being candid with each other about where they disagree?

Second, do they really share the same analysis of the world and its challenges?

And finally, is this really only about means and not about ends?

In all three cases, the answer appears to be no.

In London, China does not look like “the central threat of our times,” as Pompeo put it, but the central cash cow. Wealth and power are moving east and so is London’s gaze, special relationship or not.

Source: Britain and America Have a China Problem – Defense One

House Democrats on Thursday moved to rein in President Trump’s ability to wage war against Iran, with a handful of Republicans joining the majority vote to block any related funding and repeal the 2002 authorization for the war in Iraq.

The two bills are chiefly symbolic — the Repubican-led Senate is almost certain not to take up either measure and the White House has threatened to veto them both — but the debate has opened a window into the Trump administration’s interpretation of its warmaking authorities, and laid bare the apparent tension between Trump’s official policy and his personal instincts on war in the Middle East.

White House officials this week claimed the 2002 congressional authorization that originally allowed the invasion of Iraq could be used to legalize some use of force against Iran in order to bolster the fragile Iraqi state.

Source: What We Learned from the House Vote to Limit Trump’s Power to Fight Iran – Defense One

Friday will be a make-or-break moment in President Trump’s impeachment trial as Republicans try to bring the proceedings to a close.

Senators will hold a crucial vote on whether to call new witnesses or compel documents as part of the Senate’s proceeding.

Though Trump is all but guaranteed to be acquitted at the end of the trial, Friday’s vote is a turning point that will determine what comes next, including how long it will last.

Source: Three ways the end of the impeachment trial could play out | TheHill

The nation’s political attention is focused this week on Iowa, in advance of the Iowa caucuses – the first official votes to be cast in the 2020 presidential campaign. But Iowa’s influence on American politics doesn’t end there.

While Iowa’s political clout can be most clearly seen in its voters’ ability to weed out the field of presidential candidates, Iowa is also one of the states most likely to swing between the two parties in the November general election – up and down the ballot.

There are three tickets out of Iowa. It’s both a tired political cliche and a fear-provoking truth among presidential candidates who have seen how hard it has been for contenders to sustain a campaign without getting at least a bronze medal-level showing in the nation’s first nominating contest.

But Iowa’s famous status as the great winnower is uncertain this year and may go by the wayside in the future as candidates mount different kinds of strategies to win the nomination.

When he took office, Republican appointees were a majority of the active-status judges on four appellate courts—those of the 5th, 6th, 7th, and 8th circuits. Trump has flipped three others—the 2d, 3rd, and 11th.  As to the conservatives’ bete noir—the 9th circuit’s court of appeals—the Democratic-appointee majority has gone from 18-7 (with four vacancies) to a thin 16-13.

So how do we square these two seemingly disparate conclusions?

The key is in distinguishing artificial intelligence and automation, two similar-sounding concepts that nonetheless will have very different impacts on the future of work here in the U.S. and across the globe.

Highlighting these distinctions is critical to understanding what types of workers are most vulnerable, and what we can do to help them.

Automation versus AI: What’s the difference?

The difference in how we define automation versus AI is important in how we judge their potential effects on the workplace.

Source: Automation and AI sound similar, but may have vastly different impacts on the future of work

Forty-seven years after the United Kingdom joined the European Economic Community. Three years and 7 months after the British electorate voted in a referendum called by then-Prime Minister David Cameron to leave the European Union. Fourteen months after former Prime Minister Theresa May reached an initial divorce settlement with the EU (and this blog series was born). Three months after her successor, Boris Johnson, renegotiated the deal and six weeks after he won a sufficient parliamentary majority to ensure its ratification.

After campaigning on a slogan of “Get Brexit Done,” Johnson is now keen to focus public attention on domestic issues and has reportedly instructed officials to drop the term “Brexit” after January 31. Yet this date only marks the end of the first phase, the divorce.

The harder discussion about the future U.K.-EU relationship lies ahead, set against the backdrop of a polarized electorate and uncertainty about the country’s constitutional unity. 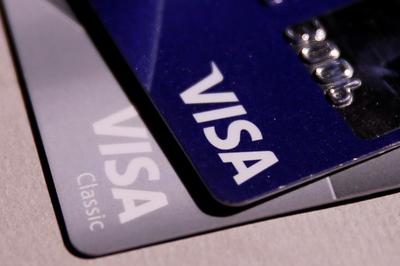 Tech and internet titans were the first to reach $1 trillion in stock market value, but the next U.S. companies that could do so are better known for their plastic.

While the stocks may not keep up that torrid pace, Visa and Mastercard would each be worth over $1 trillion by 2023 if their average annual gains of the past three years were to continue, surging past the likes of Facebook Inc and Berkshire Hathaway Inc, if they also maintain their recent pace.

Fueling their rise is a shift toward cashless financial transactions spurred by a rise in online shopping.

Source: Swiping their way higher: Visa, Mastercard could be the next $1 trillion companies – Reuters